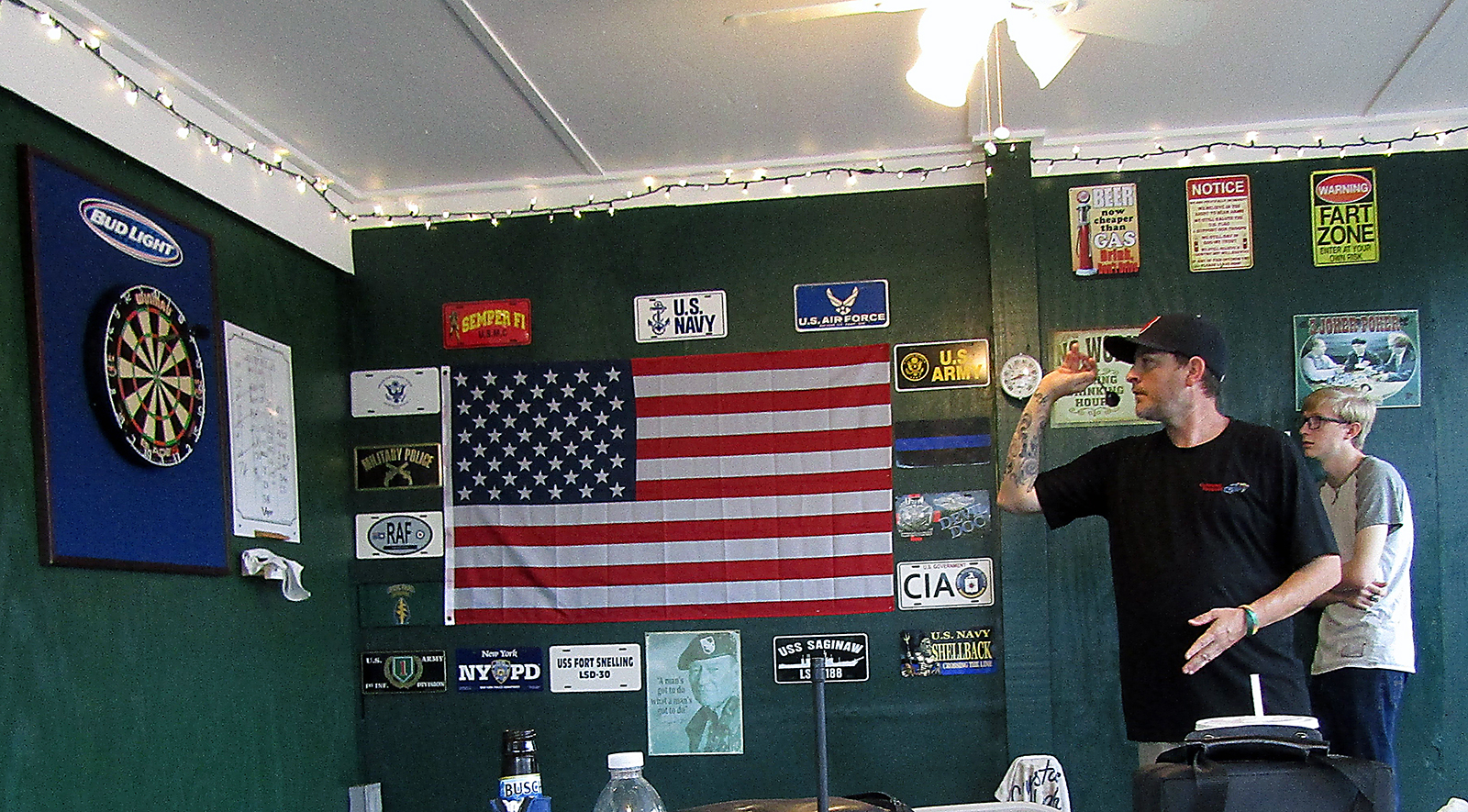 PHOTO: Shown shooting is Travis Flowers, a member of FSDA who was a ranking player along with Moore in the event.
Photo by Sandi Beare

The event, organized by TADA member Cheryl Moore of Havana, was a lot of fun for all involved.

State players who had to try out to be on the FSDA team, included: Peyton Pickles, Kris Abat and Chris Moore.

There are 25 darts teams in the Florida program. Players report they are looking forward to a repeat competition in the future.