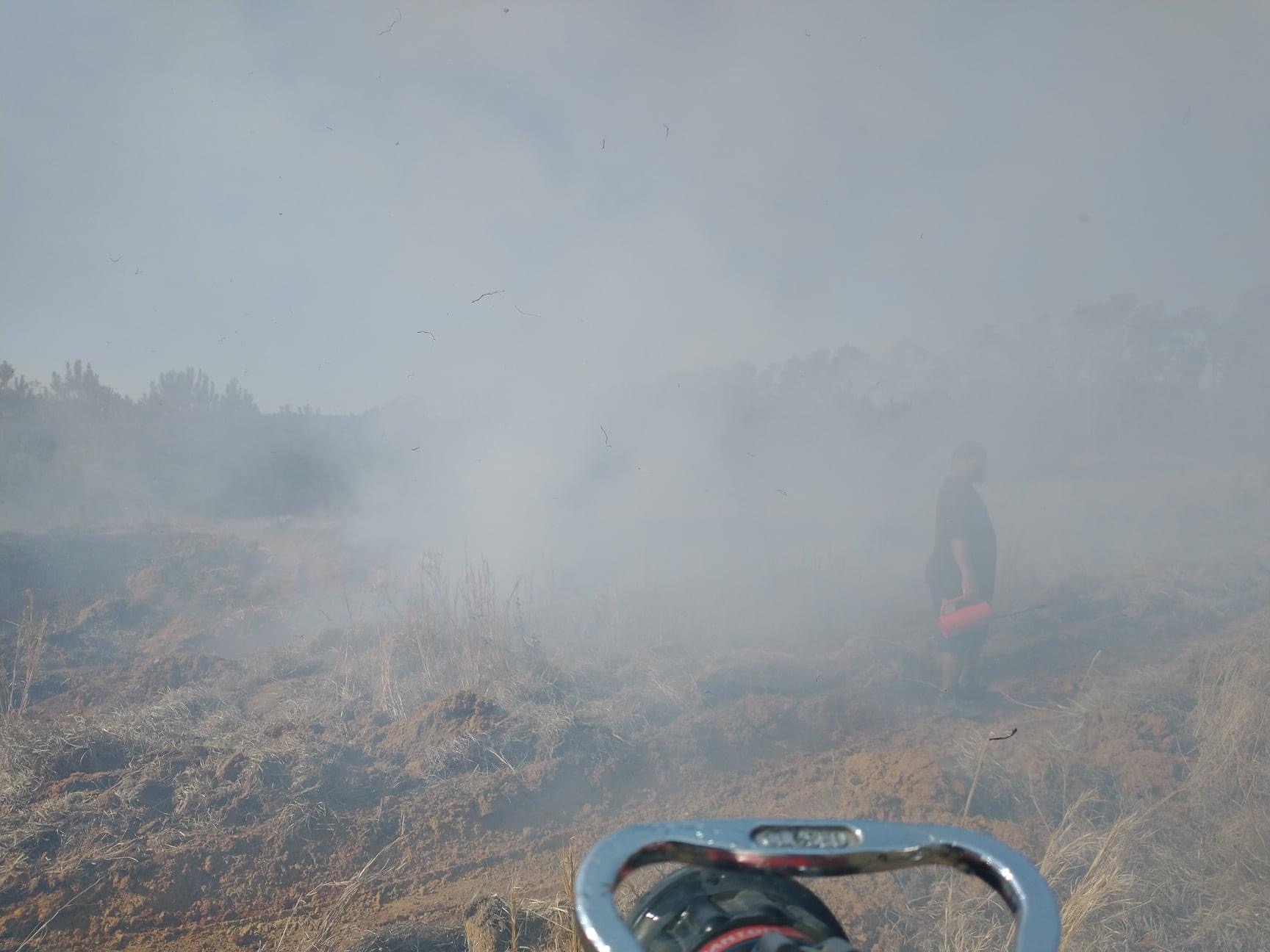 Five Gadsden County fire departments and the Florida Forestry Service had to work together during the afternoon of Monday, January 18 after the county’s 911 dispatch received reports of a brush fire just outside Quincy.

According to the Mount Pleasant Volunteer Fire Station (who commanded the fire scene for this call), at around 1:18 p.m., firefighters were dispatched to a brush fire near Ben Bostick Road and Sawdust Road.

According to Mount Pleasant volunteers, when the department’s firefighters arrived at the scene with the Quincy Fire Department, they found a small brush fire on the north end of Ben Bostick Road (near the Quincy Piggly Wiggly) – as this was not the location of the original call, the firefighters put out the small brush fire and continued towards the main, reported fire location.

As the firefighters drove down Ben Bostick to the larger, reported fire, they came upon a second, smaller fire again alongside the roadway.

The firefighters stopped to put the second fire out, reporting that this second patch was located near a residential property.

After the second fire was extinguished, firefighters continued on and received reports from other volunteer agencies who had arrived at the scene of the original call – these agencies reported that the original, larger fire was moving quickly towards a nearby home.

Mount Pleasant volunteer firefighters arrived at the scene and found an estimated 11 acre fire that had jumped the road and was burning a large grassy lot.

The fire had originally started on the opposite side of Ben Bostick Road, but had blown over the roadway and was now spreading towards a home.

Prioritizing protecting the home, the Florida Forestry Service worked at plowing a fireline while firefighters sprayed water on the grass between the fire and the home.

Meanwhile, other firefighters from the five agencies fought the 11-acre wildfire, working to tame and extinguish the flames.

After nearly three hours of fighting the fire, firefighting crews were able to put the fire out without any injuries or damage to the residence.

According to the Incident Commander and Mount Pleasant firefighter Jim Roberts, the suspected cause of the fire is an equipment malfunction.

According to Roberts, the Florida Forestry Service recorded the fire as being caused by faulty equipment on a passing vehicle.

“[Drivers should] make sure everything works on your vehicle before you drive,” stated Roberts, adding that if a vehicle has any hanging or towing chains, they should also be certain to not let the chains drag on the roadway, as that can cause flying sparks.

Likewise, anyone towing a hot BBQ cooker should ensure that all embers and hot coals don’t escape, as they could fall on the roadside and result in accidental fires.

Published in Community, Fire and Quincy