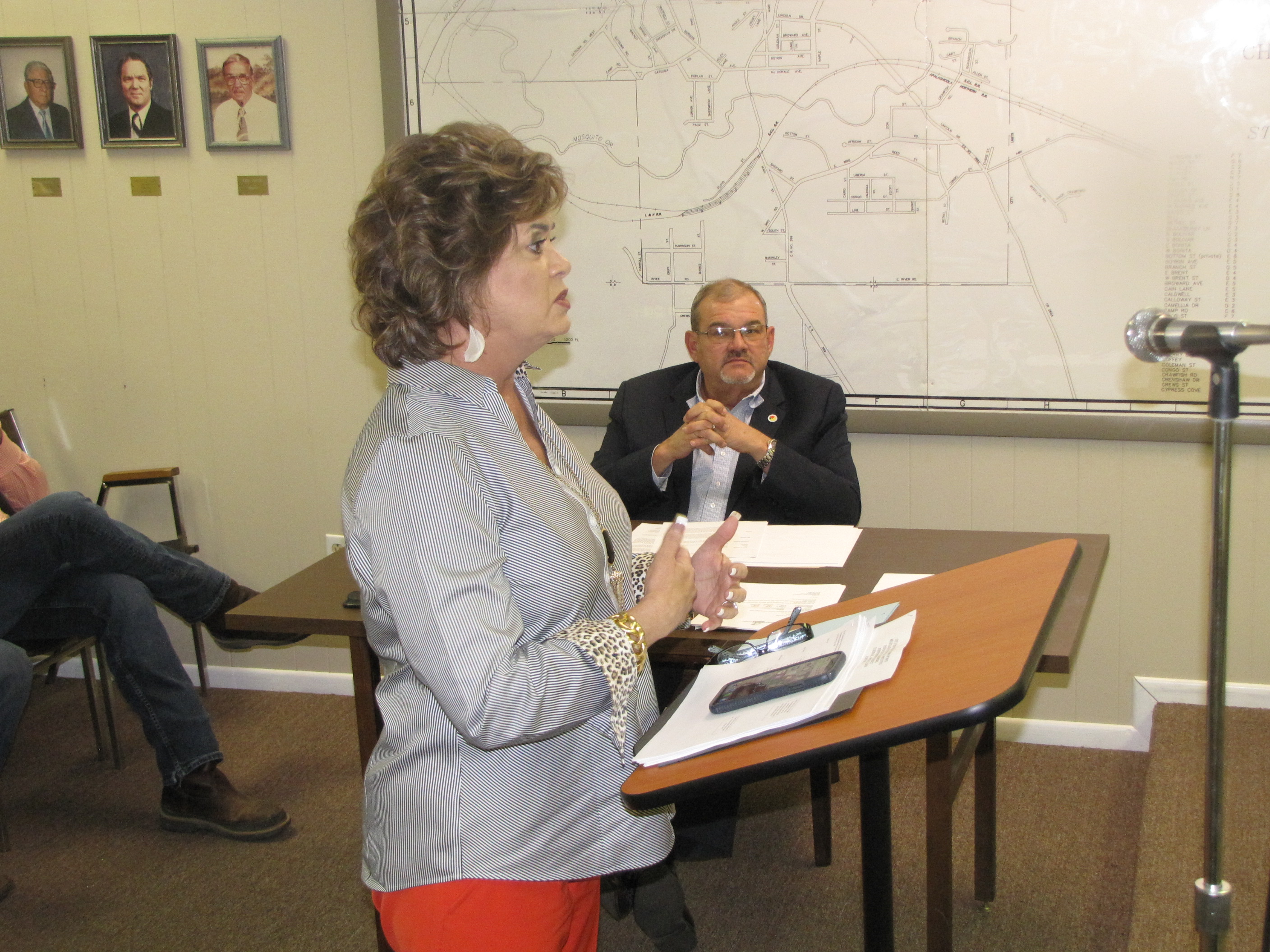 The Chattahoochee City Council voted unanimously this past Tuesday to hire a company to help it secure some $2 million through the federal “New Market Tax Credit” program.

Council members also gave the nod to plans, explained by city manager Robert Presnell, to use the $2 million to improve the Chattahoochee RV Park and revitalize the downtown area.

Being declared a federal disaster area within the past 12 months will help the city qualify for the competitive tax credits grant program, Gadsden County Development Council executive director Beth Cicchetti told the council.

“You have the perfect scenario, and you are in the perfect position to earn the yield of $2.1 million,” Cicchetti told the council. “And you will be able to put that towards economic development.”

When city staff first floated the idea of pursuing funding, Presnell said, their initial improvement goals included acquisition of a building for a new city hall, a complete redevelopment of the Chattahoochee RV Park and downtown improvements.

Since then, Presnell continued, the Florida legislature has indicated it will likely help fund city hall. “Therefore, this funding would be split between downtown redevelopment and the RV Park,” he concluded.

The city council voted 5-0 to hire Davis Business Advisory Services, LLC to help them secure the funds. A representative of the Beaverton, Oregon-based consulting firm was at Tuesday’s council meeting.

The city agreed to pay the firm $25,000 up front, reimbursable to the city at closing. The deal also includes a services fee of 2.5 percent of the total funding; the fee would be paid out of the project costs fund at closing, Presnell said.

Chattahoochee already met criteria for being considered a “low-income community,” and FEMA’s disaster declaration as a result of Hurricane Michael makes the city an “area of high distress.” Both of these designations will help Chattahoochee secure the tax credit funds.

“Chattahoochee needs an uplift,” Mayor Christopher Moultry said. “This is what all of us have wanted. We need to make Chattahoochee a town where people would want to come here. We’ve got to start by making it look better. There is simply no need for the city to be denied this, not with Florida State Hospital here and the river.”

Once funding is secured, it would around 18 months for the city to implement the program, Presnell said. He added that the city intends to “set an example” in the downtown area and will be asking local businesses to make their own improvements, as well.

“The whole thing is about job development,” Presnell said. “If there are 50 sites at the RV Park and it’s full, that’s 100 people – and they have to eat somewhere. Redevelopment in Apalachicola is a perfect example.”

Published in Business, Chattahoochee and Government