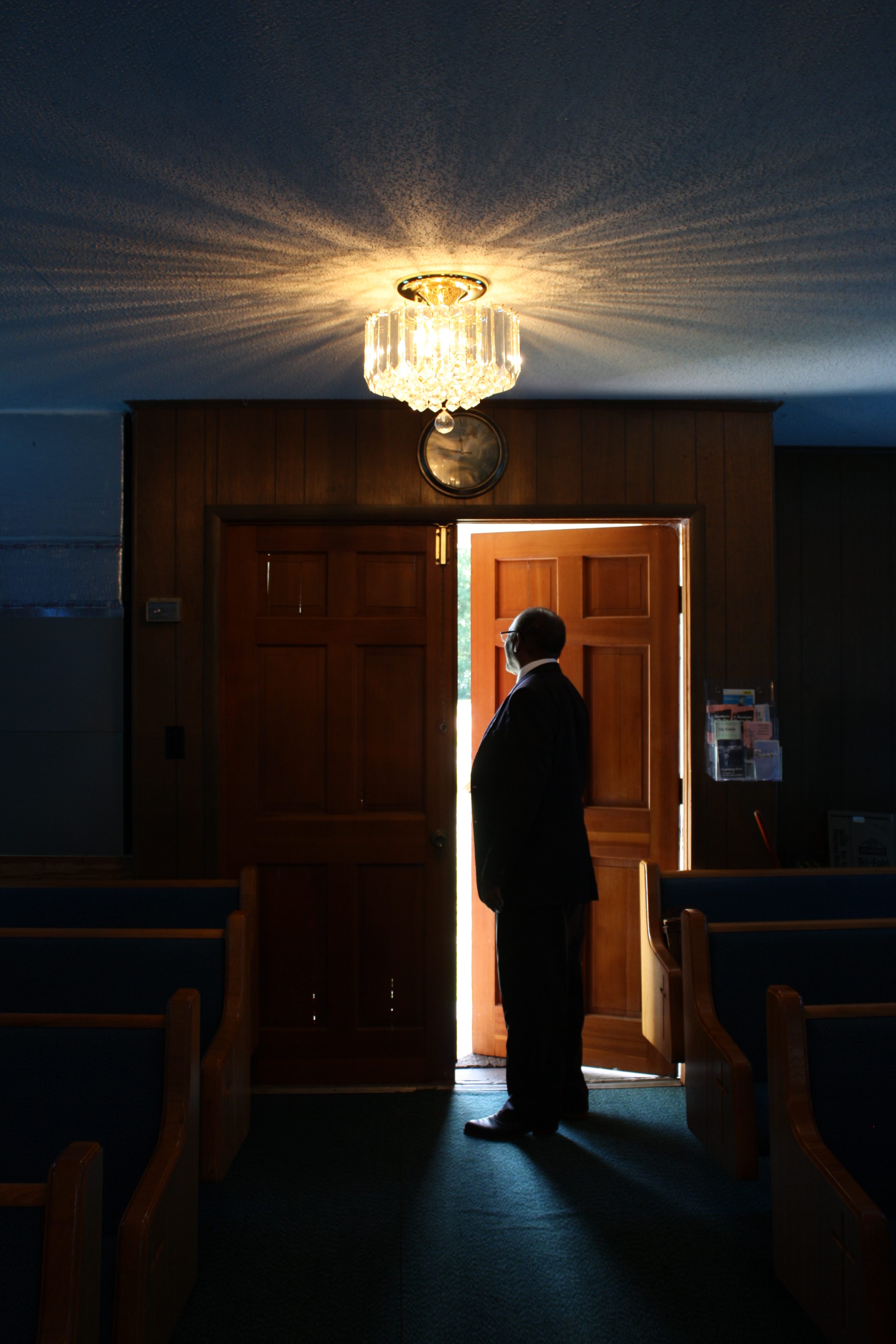 Church in the Wildwood

In a well-worn Pensacola neighborhood behind the school bus yard, a man sits alone in an old church on a steamy July day. Barefoot children play on the cracked sidewalks around the building as he works in his office planning two sermons.

One is for the Apostolic Faith Church in Pensacola, where he has been the pastor for the last 12 years. The other sermon is for a tiny church in the Sycamore community, some three hours away in Gadsden County, where he has ministered on the third Sunday of each month since 1986.

Born and reared in the Pensacola area, William DuPont Jr., was a standout athlete in high school and college before embarking on a career with the state. He served the State of Florida for 30 years, working mostly with troubled teens in the Juvenile Justice System. After being “called to the ministry” in 1986, he served in the rural Florida town of Century and then in Pensacola, while faithfully continuing to make the drive to Gadsden County and back each month.

A little way off the Chattahoochee exit, through the woods down Little Sycamore Road, St. James Community Church sits in the whisper of the pines under the blue sky of the third Sunday in August. The congregation in Sycamore, never large, has dwindled over the years. Today only four people sit in the pews as watery blue light filters in through the stained-glass windows.

“If people are interested in the Gospel and learning about God,” the pastor says, “it’s worth going.”

Situated on private property belonging to the local Brooks family, the original wooden church structure falls peacefully to ruin in the dappled sunlight behind the new white church building. With a love of learning in their family tree that produced several Gadsden County educators over the years, the Brooks family has attended church here for decades.

“It’s a family thing,” Pastor DuPont explains, adding that the church in Sycamore is one of only five Apostolic Faith churches in the state.

In addition to the Brooks family and the occasional congregants who travel from Pensacola with Pastor DuPont, the church has also welcomed members of Gadsden County’s homeless population to worship with them.

Pat Smith, founder and life force behind Pat’s Pantry, drives the van that is the “pantry” all over Gadsden County and the Big Bend Area giving out food and supplies to the homeless. Affectionately known as Miss Pat, she has brought some of the people who live in camps “in the woods” to hear Pastor DuPont preach in Sycamore.

“She brings them to church and it is good to have them,” the pastor states. “She’s concerned about their souls.”

In return, members of the homeless community showed up to help paint the little church one weekend.

“The church needed painting,” Miss Pat explains. “Another member and I together decided to get it done. We got a man from the shelter and one from the woods and we did it.”

Within the walls of the church on this August Sunday, Miss Pat’s clear voice rises in a beautiful a capella version of “Give Me Jesus” at the end of the Sunday School discussion. Later, she talks about how the pastor’s monthly trek to Gadsden County is interwoven with her own work to help the homeless in the area.

“Pastor DuPont is very important to this ministry [homeless population],” Miss Pat says smiling, “He is a sweet man and will sit with the homeless and listen to whatever they want to talk about, without judging them.”

Pastor DuPont has an equal respect for Miss Pat.

“She’s making a difference,” he says thoughtfully. “That’s the main thing. Not everyone will accept the help. But you still do it.”

Back in the quiet Pensacola church on a summer Monday afternoon, Pastor DuPont creaks open the old metal filing cabinet drawers to pull out black and white photos of long-ago church gatherings.

One he shows is a framed picture of his late wife, the Reverend Nadine Perkins DuPont. He holds the frame gently, as if holding her hand.

Known among his two congregations as a man who “loves to preach, in season and out of season,” Pastor DuPont believes “God is good, good all the time.”

As he reflects on his many years of traveling to Sycamore to preach at St. James Community Church, he says, “This journey began with my pastor, the Reverend Rosa Lee Scott, allowing me to go with her [to Sycamore]. Otherwise, I would not have met the Brooks family and others in the community. Having the opportunity to be a part of this family church has been and is a great privilege from God.”

He’ll be back in Gadsden County next month. “I’ll go as long as I’m able,” he says, and the smile that also reaches his eyes gives the impression that he will be able for many more seasons to come.