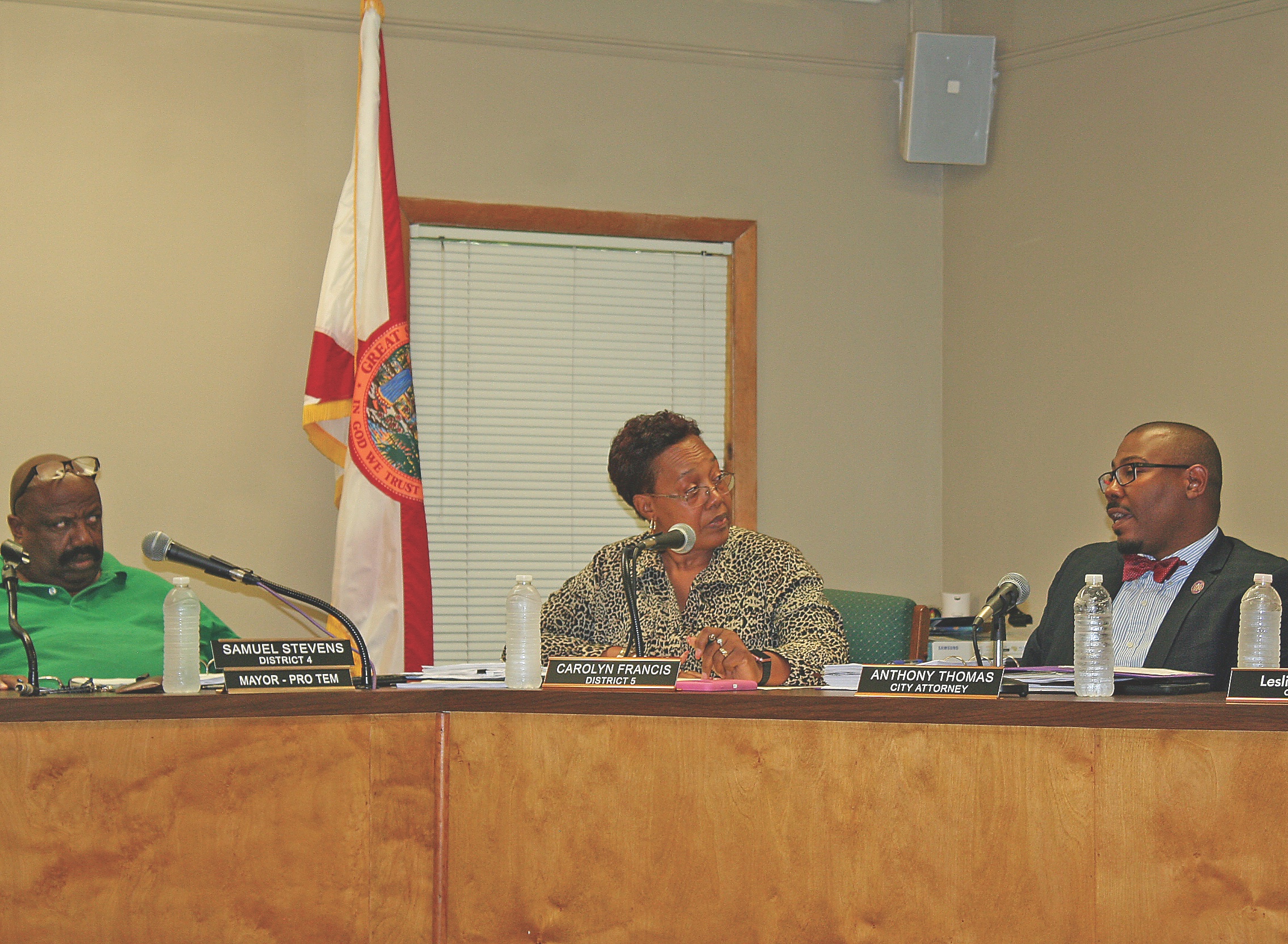 Last Thursday at the regular meeting of the Midway City Council, the city moved closer to filling its long-vacant District 1 council seat, which was left open when the late Charlie Smith died while in office in February.

The first order of business at the July 5 meeting was for the council to decide if Quintealia Cato, appointed to the vacant seat at an emergency Midway council meeting on June 8, was legally entitled to the seat.

There were only two council members – Mayor Wanda Range and Mayor Pro-Tem Samuel Stevens – present at the June 8 meeting. The Midway City Charter states at least three council members must be present to form a quorum, the minimum number required for official meeting actions to be valid.

Despite failing to form a quorum, Range and Stevens voted at the June 8 meeting to appoint Cato to the District 1 seat. Midway City Attorney Anthony Thomas told the council last Thursday that any action taken at an emergency meeting must be confirmed at the next regular council meeting, regardless of whether a quorum was formed. Thomas said he explained this to Mayor Range and Mayor Pro Tem Stevens prior to the June 8 emergency meeting, as well.

Later in the meeting, the council voted unanimously to accept the minutes of the April 30 council meeting, during which the council agreed to ask Governor Rick Scott to appoint the late council member Smith’s successor from a list of six candidates. All six candidates on the list had been voted on for appointment prior, but all ended in deadlocked 2-2 votes. The approval of the April 30 meeting minutes authorizes Midway City Manager Leslie Steele to contact the governor’s office to set the selection process in motion.

In a related issue, Thomas reported on July 5 that the Florida League of Cities, which represents the City of Midway and its officials, has filed a motion to dismiss a lawsuit brought by Cato against council member Francis. Cato served the suit to Francis just minutes before the April 30 Midway City Council meeting.  In the lawsuit, Cato accuses Francis of making defamatory remarks against Cato in Francis’ capacity as Midway council member.

As a result of the lawsuit, Mayor Pro-Tem Stevens asked Francis to recuse herself from the April 30 vote on Cato’s council appointment, saying the lawsuit represented a conflict of interest. Francis refused, and the vote was deadlocked 2-2, with Range and Stevens voting to appoint Cato to the vacant District 1 seat, and Francis and Colston voting against.

City Attorney Thomas said July 5 that there is no legal reason for a council member to recuse his or herself in such an instance, but Thomas added he advised Francis to recuse herself April 30, as any remarks she made regarding Cato could be used by Cato’s lawyers in her defamation suit.

Had Francis recused herself from the Cato appointment vote, Cato would have likely been appointed successfully.

Thomas added he does not believe that Cato’s lawsuit against Francis will play any factor in the governor’s appointment to Smith’s vacant council seat.