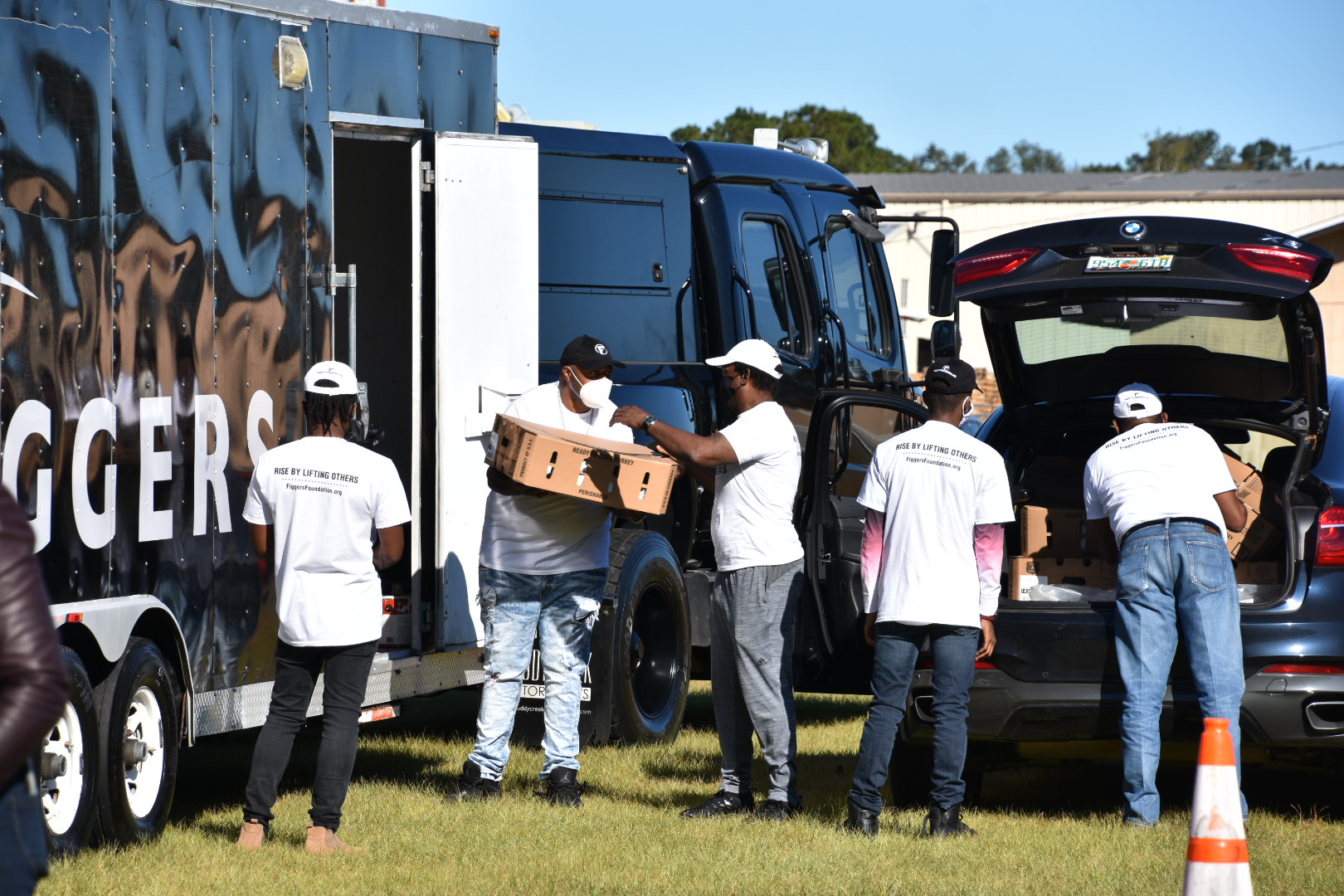 His company is the only independent, minority-owned telecom company in the United States, and Figgers himself is the youngest American to hold a Federal Communications Commission license, allowing him to operate his own cell phone company.

Figgers began his work in the private sector at the young age of 13, when he began repairing broken computers for people in Quincy and would later be part of the team who built the NetQuincy Telecommunication System, a city-run program that provided internet service.

Figgers launched his own computer operating system at the age of 17, and at age 25, he designed a phone to compete against the growing smartphone market.

Despite his success, Figgers has not forgotten his roots in Gadsden County, and right before Thanksgiving, Figgers returned to Quincy to pay his hometown community a visit and help out others with a turkey giveaway.

On Friday, November 20, Figgers, alongside several business partners and community members of Gadsden County, hosted a turkey giveaway with the plan to bless over 1,000 Gadsden County families.

In order to make sure as many people as possible received a turkey, Figgers and his crew had reached out to community members who knew the various communities and people of Gadsden County.

“Out of the main areas of [Gadsden County] – we had representatives come out and we gave them turkeys, which they gave out and distributed,” said Figgers.

These community partners allowed the frozen turkeys to end up in the kitchens and freezers of the people who needed them most – as these people already have knowledge of where the turkeys would be most needed over the holidays.

Due to COVID-19, many people are hesitant to leave their homes, and this sort of outreach made sure that everyone – even if staying safely in their homes – got the chance to participate in the turkey giveaway.

This method of distribution was also employed to prevent an overflow of people in the staging area, and limit the spread of COVID-19.

For Havana, newly elected Gadsden County School Board member Cathy Johnson was the community liaison who distributed the turkeys in her District 1 community.

According to Johnson, she had prepared in advance for the giveaway, contacting families and individuals who she thought might want or benefit from a free turkey for Thanksgiving.

“I’ve already called a lot of people, letting them know that I am bringing turkeys,” said Johnson. “They are expecting me to come by.”

Johnson also added that her mission in distributing the turkeys was to make sure the seniors in her district were benefiting from the giveaway.

With COVID-19 still causing many people to remain hesitant in going out for shopping, Johnson wanted to make sure the senior citizens of Havana were being blessed with this giveaway.

“It’s hard to reach them, since they can’t get out,” said Johnson, adding that she went to the doors of senior citizens she had contacted, knocked, and left the turkey for them to bring into their home without having to risk a COVID-19 interaction with another person.

Johnson made several trips between Quincy and Havana for this giveaway, her car completely weighed down with boxes of frozen turkeys each time.

Other community partners who Figgers praised for their commitment to this act of service were Pastor Maurice Evans, Pastor Pope, Reverend Gregory James, Bishop Titus Deas, among several others.

Pastor Evans was the host-pastor of the event, as the staging area was located behind his church, New Life Ministries.

According to Pastor Evans, Figgers had reached out to him and his church about partnering for a turkey giveaway after Figgers had heard about the work New Life Ministries was already doing in the communities.

“We’ve been doing food giveaways,” said Pastor Evans, adding that his church had been already helping feed the community by giving out bags of sweet potatoes, collard greens, and beef through a partnership with local farmers.

“They knew we were already active in the community, so they reached out to us,” said Pastor Evans.

The large facilities at New Life Ministries also made sure that the staging area’s crew would have plenty of room to spread out and work safely, while also providing a central place for people to stop in and pick up their free turkey for the holidays.

Figgers estimated that by the end of the day, nearly 1,000 turkeys would be distributed to families in Gadsden County, with a special outreach in Havana, Quincy, Midway and Chattahoochee.

Figgers understood the importance of helping his hometown community – but he says that this giveaway is only one of several philanthropic endeavors he has launched.

“We do so many different things, not just in Gadsden,” said Figgers.

His business’ foundation puts students into schools abroad, and has given over 500 scholarships this year alone, with a large portion of the 20202 scholarships going to students in the Big Bend region.

“I’m from this town and even though I don’t live here anymore, I will always come back to pay it forward,” said Figgers.