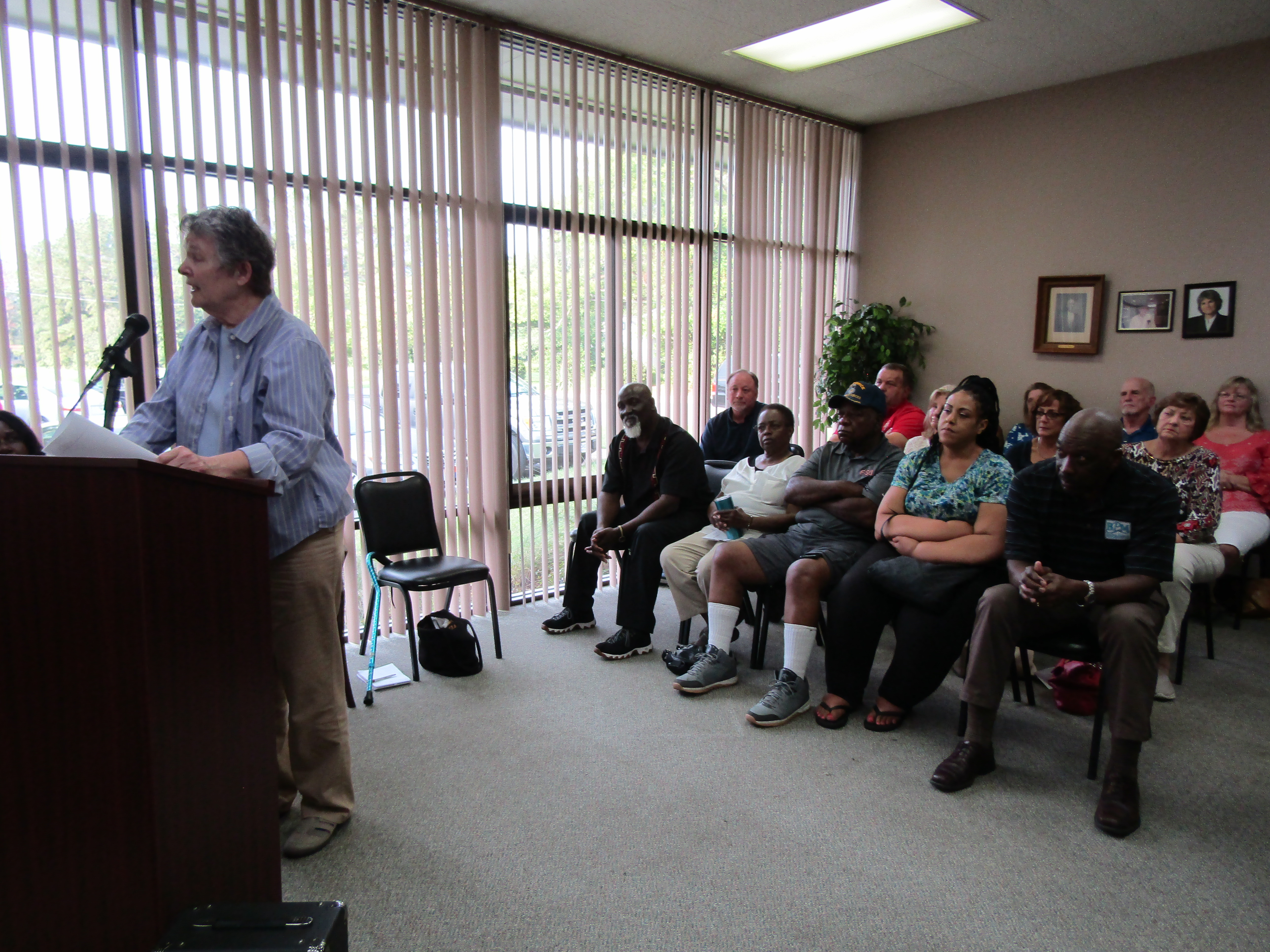 The Havana Town Council met for its usual monthly meeting on Tuesday, August 1, but the “usual” quickly devolved into an unusually chaotic, divisive – and as one council member described it – “quite rowdy” meeting, marked by heated exchanges of “irresponsible rhetoric,” according to town officials.

In response, the council convened on August 13 for a special meeting to review “proper meeting decorum” and explore measures aimed at preventing a repeat of the chaos and hostility of the August 1 meeting. Discussion by the council and members of the audience, which filled the town council chambers to near capacity, indicated that much of the tension at the August 1 came following a funding request by Havana Community Development Corporation. For the second time in two months, representatives with the local nonprofit asked the council for $281,500 to pay for renovations to the gymnasium at the old Havana Northside High School. According to Havana Community Development Corporation, the proposed gym overhaul is part of a larger project aimed at converting the aging Havana Northside facilities to multipurpose community center spaces. So far, the group has renovated the Northside auditorium, ag building and other campus buildings.

Many citizens attending the August 13 special meeting also referenced negative comments by and referring to Mayor Pro Tem Decorkus Allen as partly responsible for inflaming tensions at the August 1 meeting. Allen asked Havana Community Development Corporation representatives a series of questions concerning their substantial funding request on August 1. Allen’s questions were met with hostility from some citizens present at the August 1 meeting. One speaker said the subject of the $281,500 funding request would not be a problem “if the city would just give [H avana Community Development Corporation] the money they want.”

Some audience members called for a formal reprimand against Allen or even his removal from the mayor pro tem seat as a result of some of his “irresponsible rhetoric” in response to statements allegedly “defaming” him. Council members Nick Bert and Eddie Bass said they would not support Allen’s censure or removal.

“He is always prepared and researches, discusses and shares (that information) with constituents. He makes decisions based on their impact on the whole community, not just one segment,” Lombardo said.

Council member Cathy Johnson insisted that “disrespectful” commenting “would not be done” in town meetings if the board had an attorney present at all meetings.

“If we allow people to continue (this way), where are we headed?” she asked, rhetorically.

A speaker from the Twin Ponds neighborhood asked for the whole community to give and get respect.

“Let us please come together. I know we can do better. Can’t we please all get along?” she asked. Another audience member suggested that the town pursue having a pledge to the U.S. flag and prayer at future meetings that was positively received by all.

Mayor Vernell Ross apologized for all of the verbal tug-of-war between the audience and council.