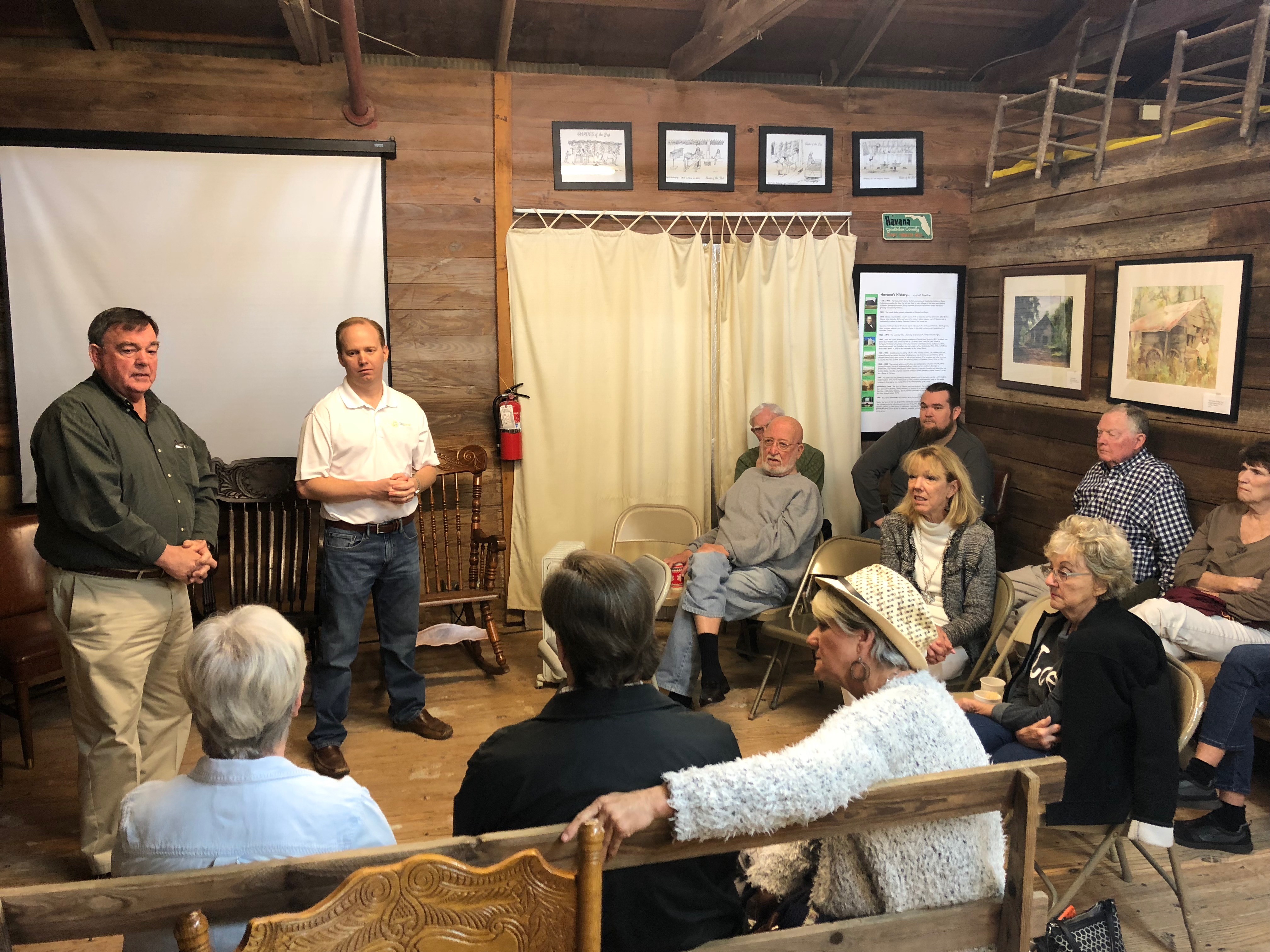 Gadsden County residents are returning to their roots.

The owners of Trulieve, a medical marijuana dispensary with 12 locations across the state, and the three local nurseries that grow that marijuana, which make up the largest growing operation in Florida, met Gadsden County residents Saturday to answer their questions; to explain their business; and to detail the effects their business will have on the community.

“I think that the potential is huge for it; it could really revitalize the town,” said Thomas Kent, a Havana resident. “There’s a lot of people around here that need jobs that are local, not having to drive all the way to the south side of Tallahassee, or over to Chattahoochee, or anywhere else.”

“It’ll bring more people back into the town,” Kent continued. “We lost our elementary school, we lost our high school, so there’s no sense of real community in Havana, something that can really bring people back to our town. Hopefully this will rebuild it somewhat.”

The growers currently employ around 250 people, making them one of the largest employers in the area.

According to Jason Purnell, the owner of Trulieve, that number could reach as high as 1,000.

“I think the potential for the business is huge,” Purnell said. “Not only in the employment of local members of the community, but also with the services outside. We use local resources, like Hinson fuel. And also within the community, our people have to eat, so they’ll go out and buy their food, so it’s a multiplying effect as we hire all of these people.”

Although there are similarities to the growing process of the Shade Tobacco days, there are many modern updates. The process of growing takes place inside, with an elaborate and scientific set-up.

“People always come tour with a preconceived idea of what it will be like, and walk out like, wow, this is actually a legitimate business,” Purnell said. “This is pharmaceutical grade. Everything is sanitary and sterilized. I call it NASA.”

The growers in Gadsden County were one of five nursery operations given permission to grow medical marijuana in the state of Florida.

The May Nursery, Hackney Nursery and Simpson Nursery decided to team up to create a new business entity, rather than all three compete for the license.

They grow medical marijuana locally under the company name Trulieve (the same as the dispensary).

“We’re local,” said George Hackney, owner of the Hackney Nursery. “We’ve got no government money, and we’ve done it all because we live here and because we care about the community.”

The operation grows as much as 6,000 pounds of marijuana each harvest cycle, an unprecedented number in Florida’s short legal marijuana history.

“It’s very much the same feel, the same process, how it grows, how it’s planted, how it’s prepared, and how it’s sold,” Kent said. “We’ve already got all these facilities and places where that’s been done before, we have people that know the whole process, and we’ve got that history of being an agricultural area. It’s been here, and it needs to come back. It’s something new, it’s another step.”

According to Bill Piotrowski, co-chair of the Havana Heritage Museum, the effect of the new business could help bring the heritage of Gadsden County back to the forefront.

“If it works, of course, there’s going to be an economic impact, and what this community stands for is the agricultural industry that’s occurred here in the past,” said Piotrowksi. “The work ethic, the family values, basically a very religious community. And if this continues, it will contribute to maintaining it, with Havana continuing to be the really neat place it is.”

According to those involved, the response to the new business has been positive so far.

According to Kent, the acceptance of the older generation of Gadsden residents may come from their frustration with the pharmaceutical industry.

“Maybe it’s because they’re realizing they don’t like taking all these pharmaceutical medications,” Kent said. “They’re having to take six or seven pills to counter the side effects of the one they actually need, when there’s strains of marijuana out there that do all of these things.”

The medical benefits of marijuana have been found to be evident in the past few years, with people all across the country moving from more dangerous medications to marijuana for chronic problems.

“We’re here to help people,” Purnell said. “We want to get the quality of life that they haven’t seen. Hopefully bring our fellow human beings up with the products that we’re creating.”

Surrounded by pictures of the days when Havana was synonymous with Shade Tobacco, Purnell reflected on the significance that bringing this new industry to Gadsden County may have.

“Time never stops,” Purnell said. “It’s a significant historical moment where this county had so many Shade Tobacco farms, and the next page in the book, whether that be medical marijuana or not, we have to continue to push on. If we can be a part of that legacy, it would be phenomenal.”