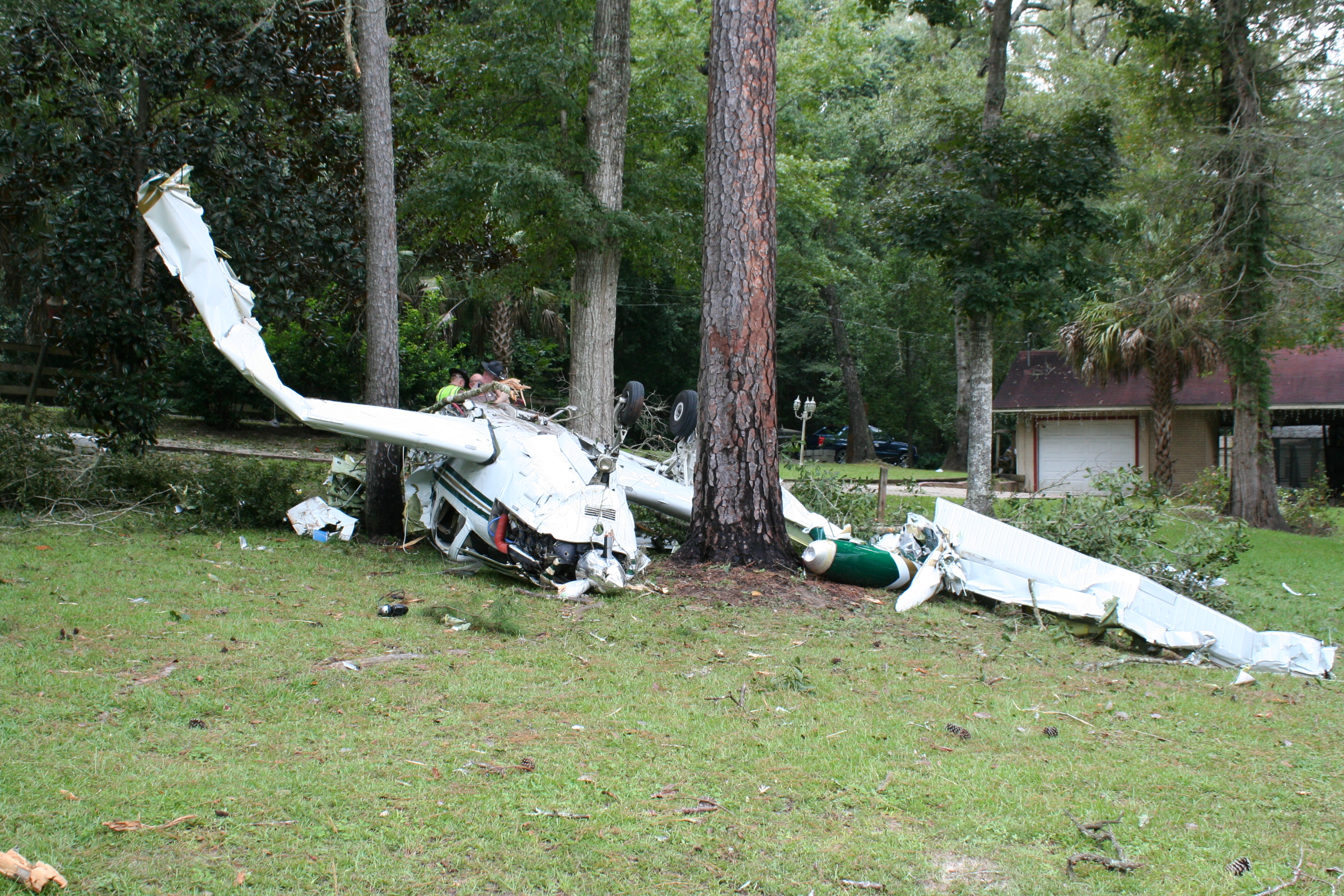 The National Transportation Safety Board has launched an investigation into the crash of a small passenger plane in a Gadsden County front yard this past Friday.

Federal investigators arrived at the crash site on State Road 12 this past Sunday to perform an onsite inspection, after which the wreckage – which had sat in a residential front yard since Friday – was cleared. A spokesperson for NTSB said the investigators’ initial findings are not yet available and it could be weeks before a report is released.

Authorities say one man was aboard the aircraft when it crashed – the pilot, 78-year-old Thomas Bowling of Tallahassee. Bowling was pulled from the wreckage by a passerby, Rutherford Black Jr. and was taken to Tallahassee Memorial Hospital. Despite suffering severe trauma, as of press time Tuesday Tallahassee Memorial officials report Bowling is in “fair condition” and is expected to recover.

Minutes before crashing, Bowling had taken off from the Quincy Municipal Airport, flying in a southeasterly direction, when the 2001 Beechcraft Bonanza single-engine propeller plane lost power at approximately 600 feet in the air, a Florida Highway Patrol report states.

The aircraft veered toward the east and rapidly lost altitude, crashing into multiple large pine trees before coming to a final rest on its roof in the front yard of a residence just off the highway, the report continues.

The residence was not damaged in the crash, but debris was strewn across the yard. The crash slowed traffic on State Road 12 for several hours Friday. Florida State Troopers guarded the crash site around the clock until Federal investigators arrived on scene Sunday.

Published in Accidents, Havana and Quincy