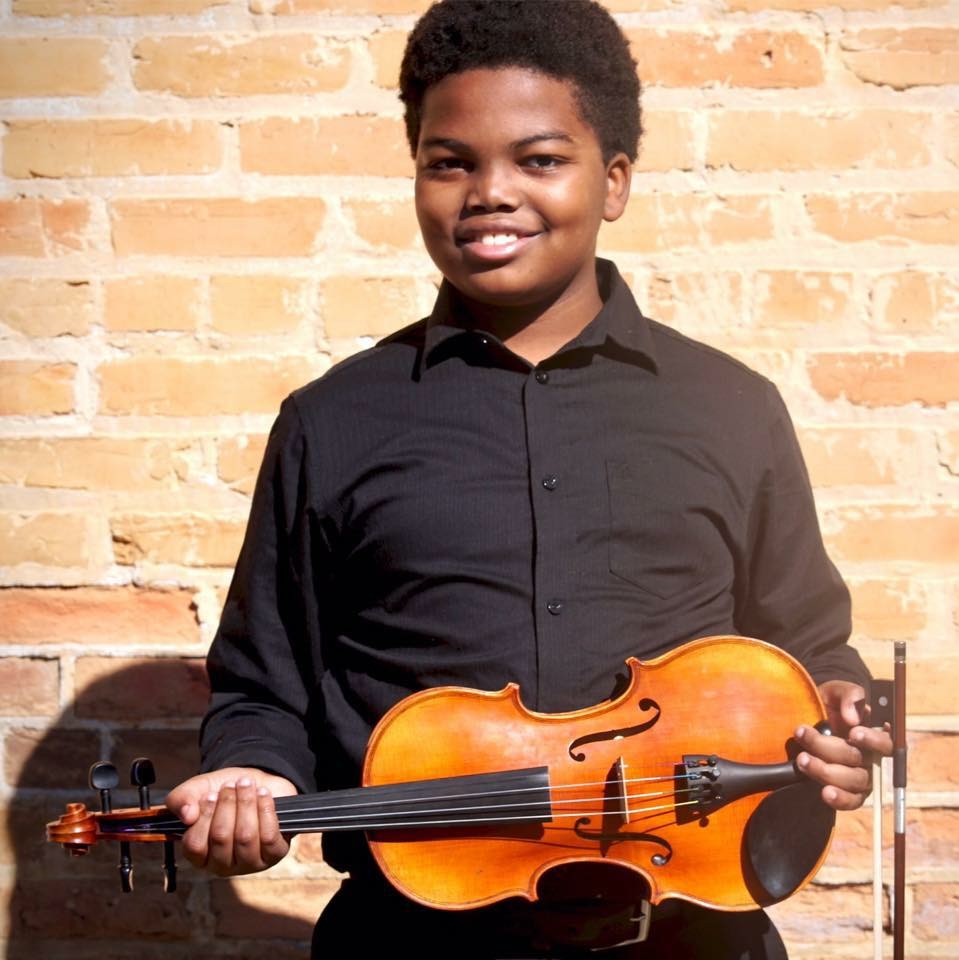 The 11-year-old Crossroad Academy student feels more at home in a mammoth symphony hall than a hip hop club. The young Bond is passionate about classical violin and has been since he began playing four years ago.

When bow meets string and music follows, for Phillip, the experience is near-otherworldly.

“It makes me mesmerized,” Bond said, his eyes widening. “When I get into it, I lose focus of everything around me.”

As personal as such an experience may be, Bond’s friends and loved ones seem to enjoy his playing with an almost equal fervor.

In a region dominated by showy hip hop artists and overproduced pop, Bond has managed to impress his friends at school. Some were, at first, a bit skeptical about their friend’s new talent.

Ultimately, the music won them over.

Bond has even made a name for himself nationally as a violin prodigy, earning all-expenses-paid invitations to prestigious conservatories across the country.

Bond’s teacher, Patrice Floyd of Javacya Arts Conservatory in Tallahassee, said he’s earned it. But talent is only half the story, Floyd added.

It’s Bond’s strong family support that really makes this young virtuoso shine brighter than the rest, Floyd explained. Bond’s parents believe developing music skill is every bit as important as developing prowess in math or any other school subject.

“I believe Phillip’s success is due to parenting. It seems that early they instilled important life lessons like, ‘Do your homework.’ ‘Do your best.’ ‘Don’t half do anything,’” Floyd said. “Phillip is focused and dedicated. He was approaching age eight when I met him. During his first years he completed instruction at a level that usually takes two to three years.”

Bond said he knew immediately when he began playing that he wanted to pursue professional classical violin performance as a professional career. Thanks to his work ethic and God-given talent, Bond has the potential to reach extraordinary heights, Floyd said.

“He works harder and rarely approaches his violin studies with a subpar attitude. He is a rare talent and thrives most when there are high expectations. He leads both younger and older students. He is developing as a leader and handles criticism well.”

Phillip needs your help! The young virtuoso has the opportunity to study in Boston this summer at the Four Strings Academy with Juiliard-trained professional violinists. The Javacya Arts Conservatory, where Bond studies, is helping to raise funds to offset the costs of this once-in-a-lifetime, but expensive, study opportunity. For more information, email Patrice Floyd at media@javacyamail.com