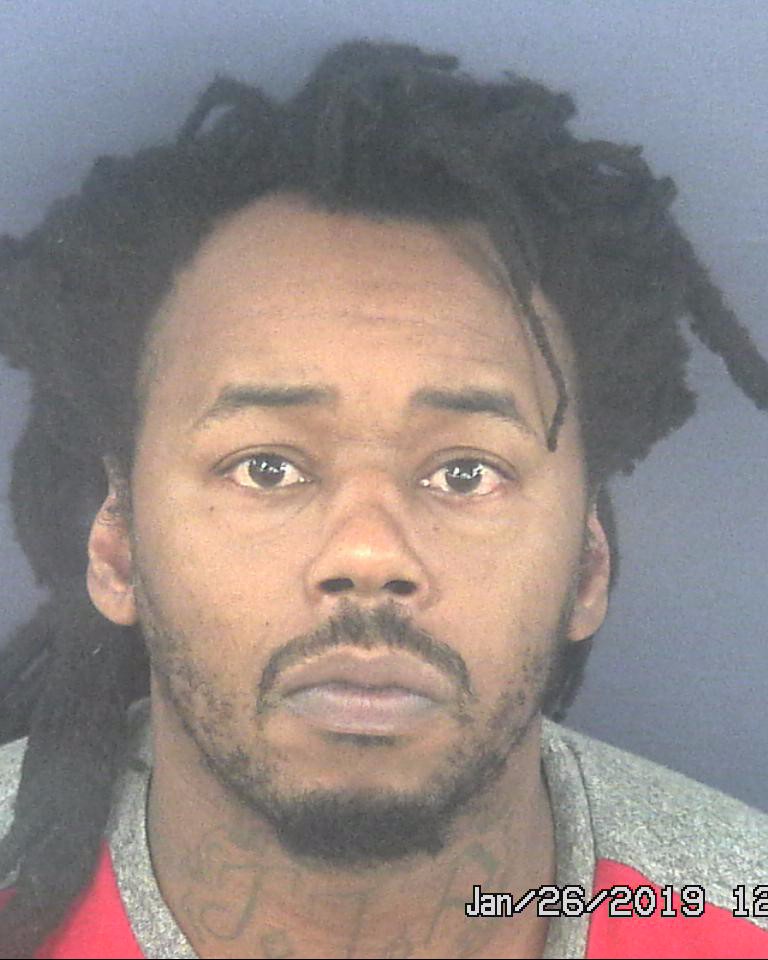 Authorities charge boyfriend with murder, kidnapping in 2017 death on I-10

The man authorities say forced his girlfriend from their moving vehicle to her death on Interstate 10 in September 2017 is behind bars, arrested this past Friday by a Gadsden County Sheriff’s Office SWAT team.

Officers booked 35-year-old Midway resident Travis Collins into the Gadsden County Jail, where he is currently being held without bond on charges of kidnapping and first-degree murder. Authorities say Shameria Thomas “exited” the vehicle occupied by her and boyfriend Collins while traveling 70 mph down I-10 in Gadsden County. A short time later, two Dodge Caravans rolled over Thomas as she lay in the road, rupturing one of the van’s fuel tanks, a Florida Highway Patrol report states.

Leading up to the incident, the couple had been engaged in an impassioned argument that at one point escalated to physical violence, court documents state. In a probable cause affidavit, investigators concluded that Thomas was “forced” from the vehicle as a result of being beaten and “terrorized” by Collins, and her death was a direct consequence. The affidavit also states that Collins would not allow Thomas to exit the Interstate or stop for gas, hence “forcibly confining” her to the vehicle and warranting the kidnapping charge.

Law enforcement received their first inklings of the tragedy around 8:57 p.m., September 23, when a man called 911 to report an “object” lying on I-10 near mile marker 182. Six minutes later, another man – later identified as Collins – called requesting an ambulance, telling the dispatcher his fiancé had just “jumped out of the car,” court documents state.

A Florida State Trooper responded to mile marker 182, expecting to process an “animal versus vehicle” crash, court documents state. After watching several vehicles run over the then-unidentified obstruction, a closer inspection revealed the object “was not an animal but in fact a human body,” investigators state in a probable cause narrative.

Law enforcement began securing the area, and a short time later, Collins approached the scene from his vehicle, parked nearby. Collins told law enforcement that his girlfriend had just jumped out of their car while she was driving 70 mph down the busy interstate. After she jumped, Collins explained, he quickly moved to the driver seat, managing to retain control of the car.

Crime Scene Investigators processing the vehicle found stains later confirmed to be Thomas’ blood, as well as human hair determined to be Thomas’ extensions and other physical evidence, court documents state. The blood found on Collins’ shirt after the incident was also Thomas’, the state crime lab reported.

En route to a friend’s house in Chattahoochee on I-10, the fighting intensified, coming to a head when Collins pressed Thomas’ face against the window, forcing her to pull onto the shoulder, court documents state.

Back on the road, Collins began questioning Thomas about her recent text message activity, demanding to know who she had been messaging recently and repeating his earlier accusation of infidelity, court documents state. Collins grabbed Thomas’ phone from her lap and fumbled with the controls. Thomas then began explaining to Collins how to access her text messages. While relaying instructions, “all of a sudden” Thomas “jumped out of the vehicle” while traveling at 70 mph, Collins told investigators.