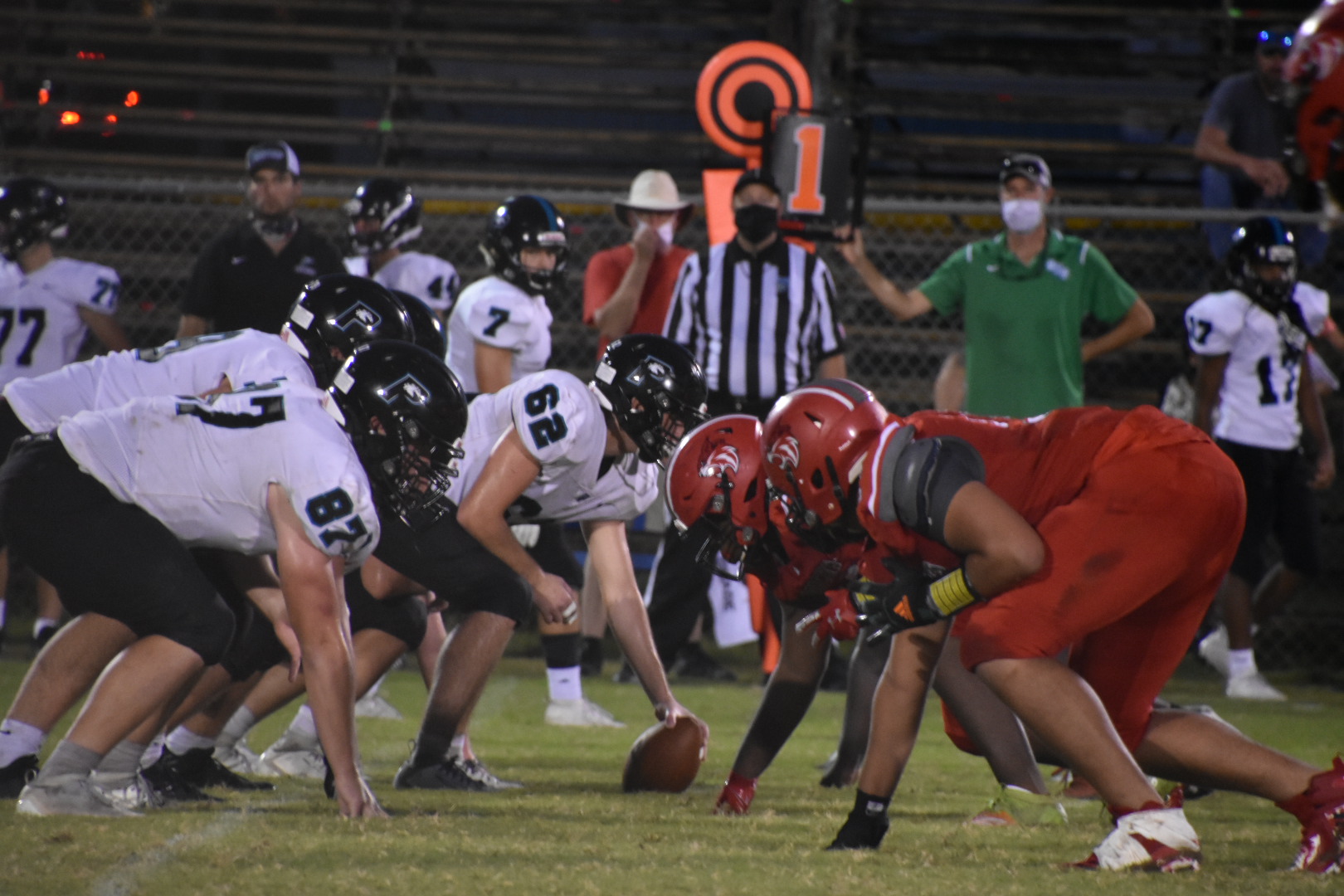 On Friday, September 25, the Robert F. Munroe Bobcats stepped onto their home field to take on the Stallions of Providence School, which is located in Jacksonville.

Prior to the state of the game, the Bobcats had already reeled in three consecutive wins.

Despite successfully implementing their run game at the start of the contest, the Bobcats were unable to find the end-zone during the first period of play.

Munroe’s offense eventually found its rhythm, however, and put together a nice drive near the end of the 1st quarter, which resulted in an 8-yard touchdown run by senior running back Demani Frazier (#6) on the first play of the second quarter.

The Bobcats began to dominate the game in all three phases, including a score on a big kick-off return by Bobcat R.J. Payne (#5) that extended their lead to 28-6 with 2:02 remaining in the 1st half.

“The kids did a great job of executing right out the gate, and we jumped out on them early,” said the Bobcats’ leader, Coach Alex Lehky.

In spite of their deficit, the Stallions continued to battle, and with 1:46 left in the second quarter, Stallion junior wide receiver Tavio Tauler caught a nice pass over the middle and broke a few tackles before finding the goal line.

The Stallions found life at the end of the 2nd quarter and went into the intermission trailing by a score of 28-14.

Providence came into the 3rd quarter and continued to work their way back into the game. The Stallion’s defense forced the Bobcats into two untimely interceptions, one of which was returned for a touchdown.

“I take the blame for one of the turnovers,” said Coach Lehky. “We were trying to get R.J. [Payne] one-on-one and I miscommunicated.”

After dominating the 1st half of the game, the Bobcats watched their lead slip away, and at the start of the 4th quarter, the game was tied by a score of 28-28.

Neither team was able to score in the final period of regulation, which sent the game into overtime. The Bobcats showed a huge level of resiliency on both sides of the ball in overtime.

Following a defensive stance inside the 1-yardline, the Bobcats sealed their 34-28 victory as Frazier scored on a 3-yard touchdown.

After the game, Coach Lehky shared his thoughts on his team’s victory.

“We kinda fell off the gas pedal a little bit there. They did a great job, and I give credit to their staff. They adjusted to their deficiencies and started clogging up some of the lanes we were trying to run through. I gotta give a shout to our defense on that big 4th and inches goal line stop. This group of kids every time we challenge them they rise, it does matter if it’s in practice, or the classroom.”

The next game for Robert F. Munroe’s Bobcats will be this Friday, October 2. The 4-0 Bobcats will travel to Jefferson County in order to take on their rivals, the Warriors of Aucilla Christian Academy.

Published in Community and Sports & Outdoors