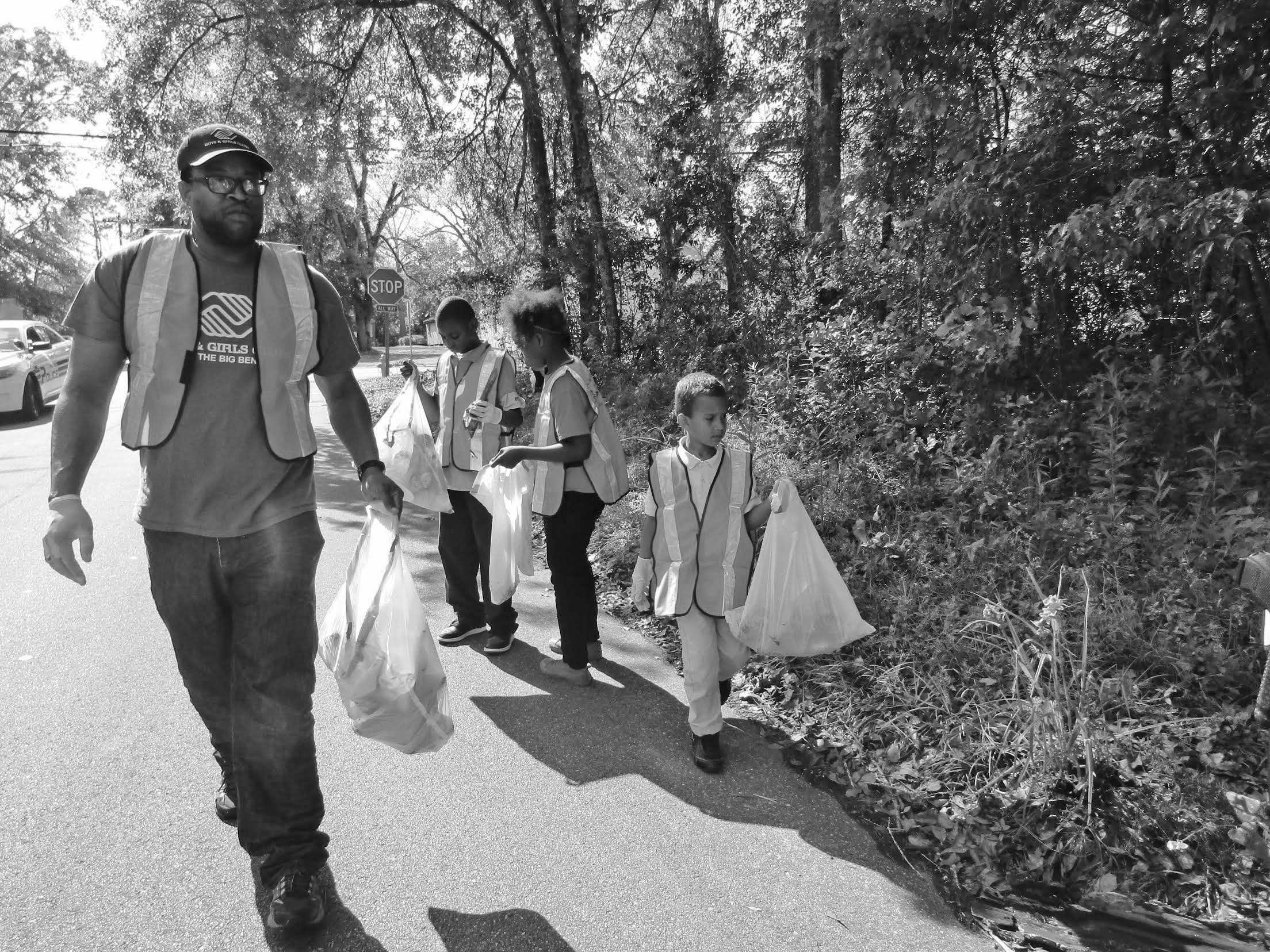 Jake Hatcher, area director of the Havana Boys amd Girls Club. leads several members of the organization on Monday, April 10 throughout the southeastern neighborhood of Havana to pick up trash and debris. All were diligent in finding litter and other discards while wearing gloves and bright vests for safety. Havana Sergeant Khang Bui and Officer Dario Harris were along for the children’s safety as well. As each bag was filled, the law enforcement officers placed them in the police car’s trunk and gave the kids fresh bags. The initiative was begun in 2017 and Hatcher said the club hopes to do it again on an annual basis during National Boys & Girls Club Week. Hatcher said the event is for teaching the children to provide a community service by making sure the community is clean and nice.