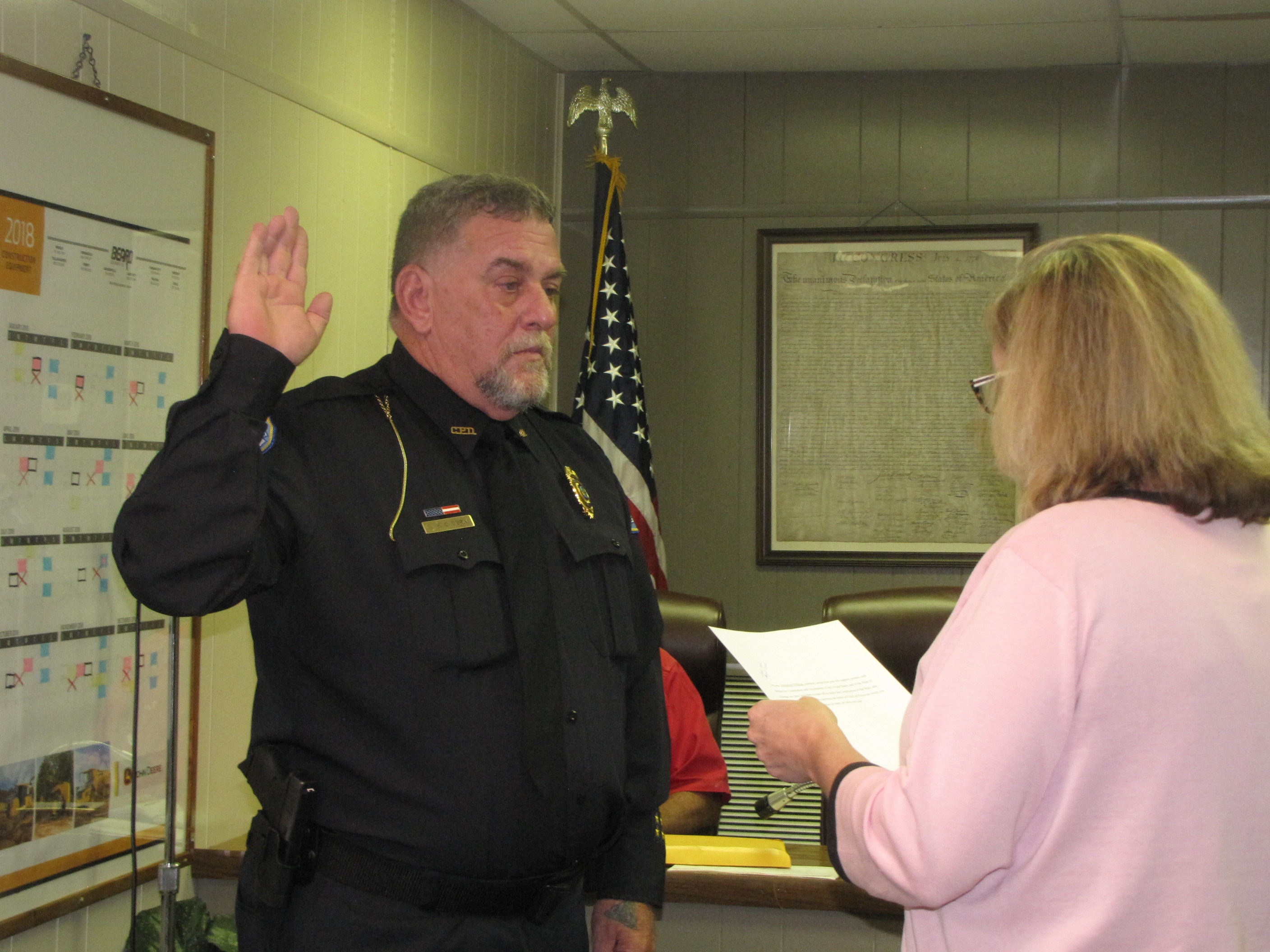 At its November 6 regular meeting, the Chattahoochee City Council swore in a new police chief and approved the hiring of a new city manager.

Presnell replaces longtime city manager Lee Garner, who was ousted earlier this year from the city’s top job by a 3-2 vote of the newly elected council.

Presnell, 57, brings many years of municipal management experience to the city.

He worked for Gadsden County for 19 years, the last few years as County Administrator, and currently serves as town manager of Greensboro, a role he has held for just four months.

“The opportunity presented itself to me, and I took it,” Presnell said following the meeting.

Presnell will start the new job December 1 on a two-year contract and $85,000 annual salary.

A new Chattahoochee police chief was also sworn in Tuesday night – Frederick O’Brien, a 30-year veteran with the Chattahoochee force.

The city manager and chief jobs are just the latest to change hands.

In the last six months Chattahoochee has lost a city clerk and police chief to retirement, fired 21-year veteran city manager Lee Garner and is losing interim manager and longtime administrator T.J. Carlisle as he takes a job with the City of Tallahassee.

The city council has also experienced a major shake-up, as three new council members were voted in earlier this year.

Published in Chattahoochee and Government