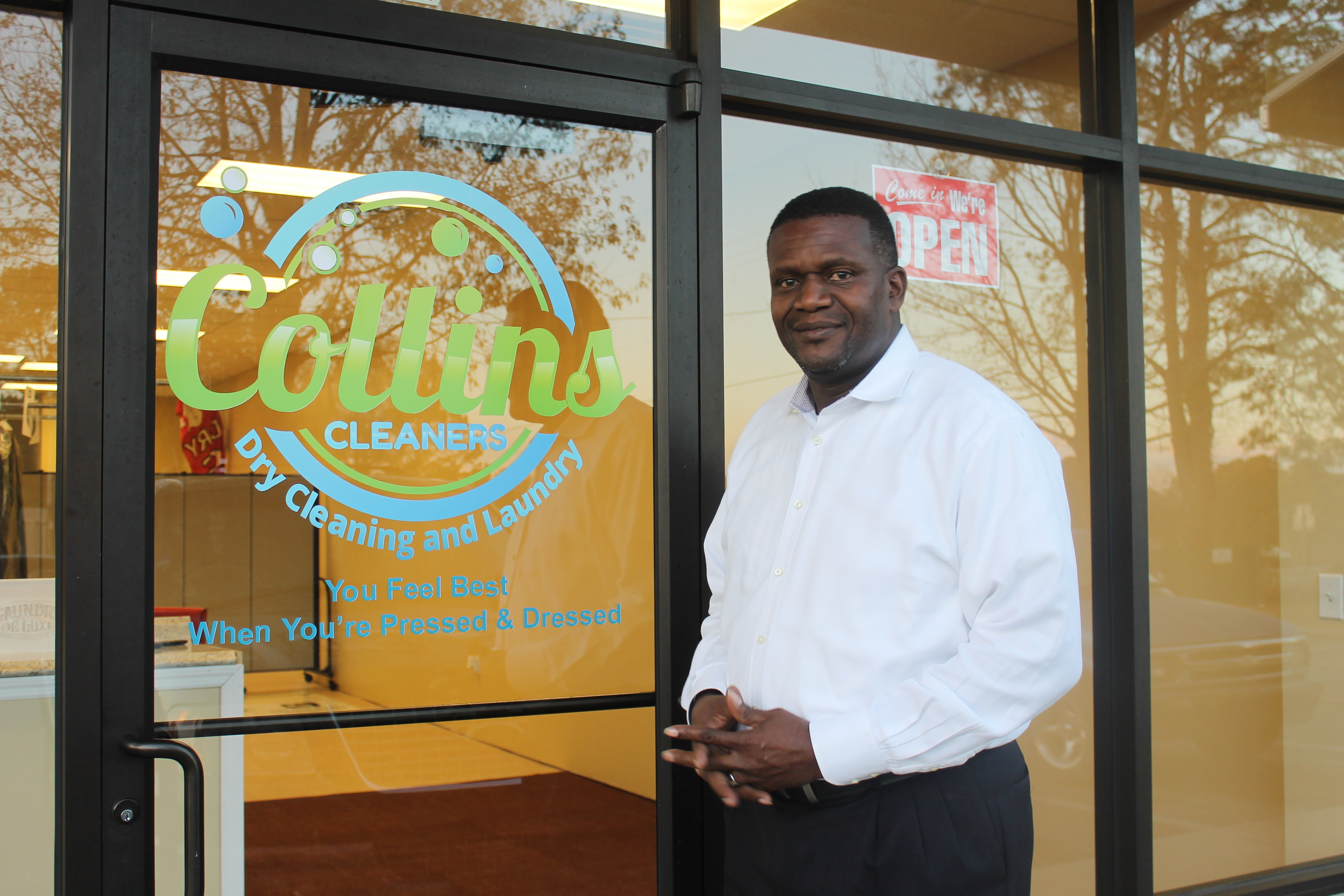 Carlos Collins, owner of new Havana dry cleaner Collins Cleaners has had a passion for the cleaning business since he was a child.

Growing up in a migrant camp, Collins said he often encountered the perception of migrant workers as being dirty and people generally looking down on him.

“What they didn’t know is that all of my clothes went to the cleaners. That process was all I knew,” Collins said.

Since watching “The Jeffersons” as a youngster, Collins decided at a young age he wanted a cleaning business of his own.

“I love seeing people dressed nice with their clothes nice and crisp. Dry cleaning is a passion of mine,” Collins said.

At the age of 30, he opened his first dry cleaning company in Lakeland, Florida, but relocated to Tallahassee after his late wife became ill.

Now a Tallahassee resident for 20 years, Collins says he’s a country boy at heart. This fondness for the country moved him to explore the rural highways and bucolic farmland surrounding the Capital City.  He discovered that one of his regular haunts, Havana, needed a dry cleaner and decided it would be a great place to open shop.

“I asked a few people in the community about their ideas of having [a dry cleaner] open in Havana, and they loved it,” Collins said.

Collins is no stranger to business. Never one for idle hands, Collins owns and helps run a church, Higher Dimension; and a school, Unity Child Care Development, all in addition to his cleaning businesses.

“I learned my work ethic from my mom, who taught me the importance of hard work. I used my job in migrant work to pay for my school clothes when I was a child,” Collins recalled.

Collins’ dedicated efforts are evident in his handiwork around the shop, but he is quick to give credit to the“great team of professional and dedicated staff members at Collins Cleaners” who help him juggle so much. His daughter, Brittany Collins, was excited to offer assistance when her father opened up the Havana location.

“I follow my dad wherever his vision takes him. Me and my siblings have his back 100 percent,” she said.

Dad Carlos said working with family has never been a problem.

“My kids relieve me from time to time when they realize I’m spread too thin,” he said.

Collins said he hopes to one day open his own cleaning “plant” in Havana – a facility equipped with state-of-the-art cleaning machines and modern presses. He said he also hopes to establish other drop-off points around town.

“If my kids want to take it another level and start a franchise, that might be something I pass on to my legacy,” Collins said.

Regardless of what the future holds, Collins said he plans to continue offering Havana quality service and build more loyal customers.

“The community has received us very well, and I am so appreciative of them. It has been a pretty good response so far,” he said.

Collins Cleaners is at 710 U.S. Highway 27 South, in the Dollar General / Pizza Hut shopping plaza. Collins is also on the web at collinscleaners.net.