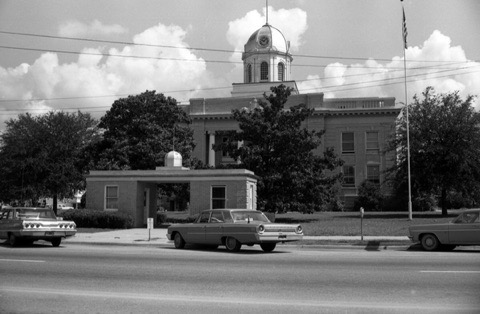 The exterior renovations of the historic courthouse in downtown Quincy are set to proceed this summer, according to Interim County Administrator Dee Jackson.

Gadsden County received a $500,000 grant from the state’s Division of Historical Resources for renovations three years ago, but Jackson said the project was stalled until she took over as interim county administrator last fall.

Jackson said it’s important to note that since the Division of Historical Resources is funding the project, many of the renovations will be aimed at restoring the more-than-100-year-old building to “as close as possible to its original condition.”

For instance, when the classical revival-style courthouse was built in 1912, the cupola donned a shimmering silver paint job. Later, it was repainted brown, as it appears today.

But as part of the renovation project, the towering cupola will be restored to its original silver hue.

The county even plans to restore limited functionality to the courthouse bell.

Jackson said once exterior renovations are complete, she would like to see the county pursue a grant to renovate the courthouse’s interior