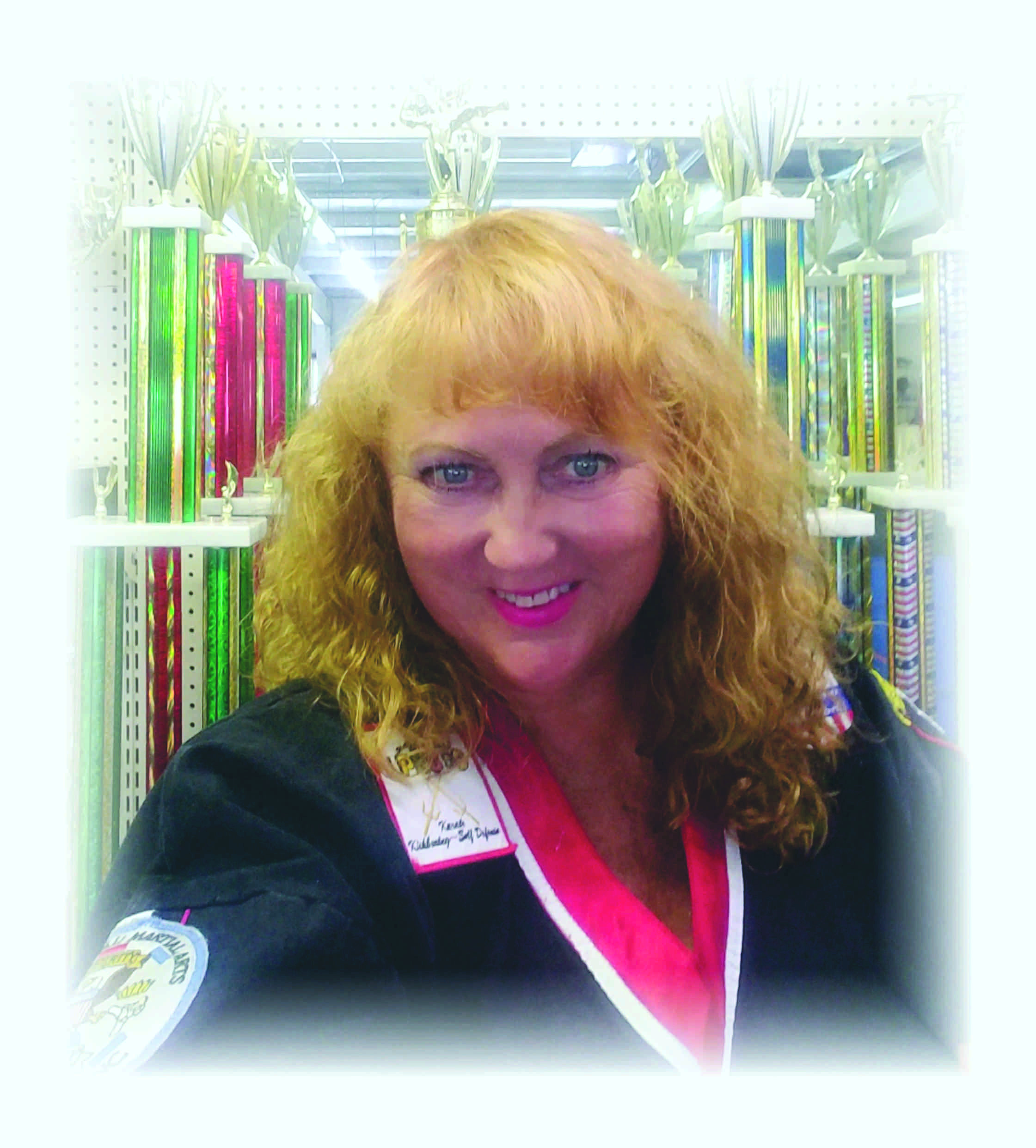 Anne Radke has lived four miles outside of Havana for 31 years and has two grown children. Since 1999, she has owned and operated a karate school at 1412 Florida-Georgia Highway, just southeast of Havana, which she said she named “Alpha” as a testament that she “puts God first” in every aspect of her life. Radke is known around town as “Master Anne,” as she is both chief instructor and a sixth level dan black belt (the “dan” is a traditional ranking system used by many Japanese and Korean-based martial arts organizations). She will soon be testing for level seven. In 2008, Radke founded a nonprofit called “A Better Body” to educate those who need health and safety training. She takes this program into Gadsden County schools, raising the money it takes to do so herself. Radke receives no school board or county funding but believes her mission to help students “not be victims, but victors” is so important, she feels compelled to persevere in the face of challenges. Radke has trained thousands of students in self-defense and bullying prevention, and she has programs available for all ages. “Gadsden County residents have lots of potential and lots of talent,” she said, adding most of her school’s competition winners have been from Gadsden County.

What is the difference between your karate school and your “A Better Body” organization?
The school teaches the techniques of karate and enters students into competitive events. Students pay for the training. A few students who can’t afford tuition receive scholarships from A Better Body to attend the [karate] school. The nonprofit is an educational program. Students do not pay for these services. Donations really help. Bullying prevention is a major area of education. I developed a “Can Do” program for those with body limitations to overcome those limitations and be successful in life. We work in public high schools to change the mindset of students-to change their view of themselves and to set goals. As previously stated, we want them to be “victors, not victims.” We also do demonstrations for the public. We will be having a demo at The Pumpkin Festival in Havana October 13 at 11 a.m.

How long have you been teaching?
27 years.

What type of education or certifications prepared you for this work?
There are so many. I am certified as a Master Fitness Trainer, Real Essential Life Coach Instructor, Senior Fitness Specialist, Youth Fitness Instructor, Sports Nutritionist, Aqua Zumba Instructor and Group Fitness Instructor. I completed courses in personality development and trained with the Department of Children and Families for attachment difficulties, childhood trauma and reactive attachment disorder.

Any honors in community service?
I have gotten many letters of commendation for my work in the community such as from the Gadsden County School Board, the Governor, House of Representatives, Alan Williams, Department of Health, Gadsden Health Council and many others.

How have your students done?
I’m so glad you asked. They say the proof is in the pudding, and the students have done amazingly well. They have earned 4,064 victories in competition. Our school is full of trophies. They are going to Alabama October 6 and October 27 to compete, so keep your fingers crossed. Over 100 students have graduated from the Real Essentials Life Skills Course in the schools and that is a really big deal. The students are awesome.

Is there anything else you’d like to add?
Yes, I’d like to teach Essential Life Skills in Middle School. I think the younger you can get to children and get them to think positively about themselves, the better. I have difficulty just raising funds for those in high school. If there could be additional donations or some type of funding for middle school it would be a tremendous help. I can be contacted at 850-514-4334.