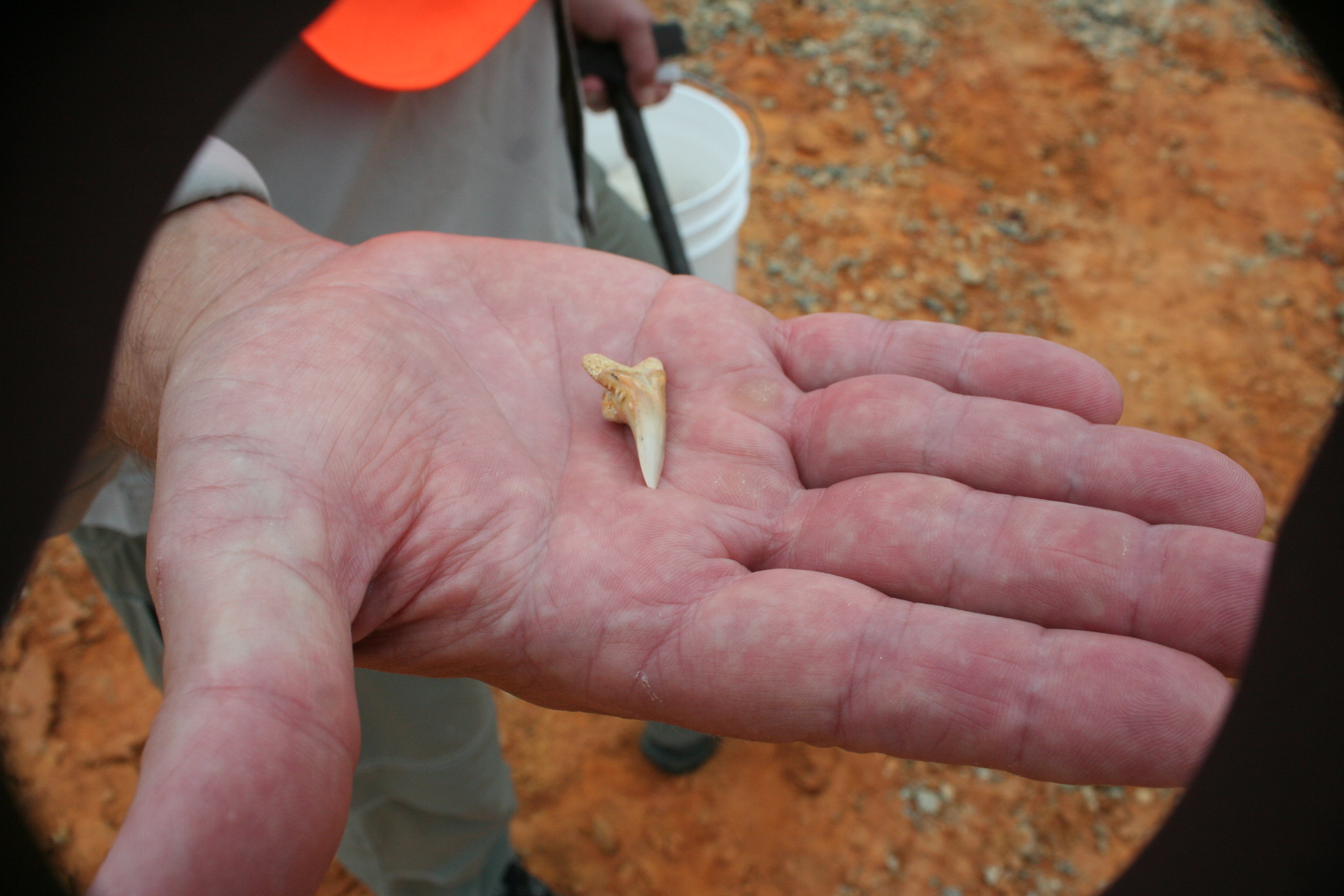 On a recent trip to an attapulgite mine near Quincy, the local Sci Girls caught a glimpse of a long, lost Gadsden County through the lens of fossils dating back almost to the time of the dinosaurs. Millions of years ago a shallow tropical sea covered much of the North American coast plain, including Gadsden County, as evidenced by abundant marine life fossils in the limestone layers hundreds of feet below the present surface. Attapulgite mining exposes this ancient layer, affording a peek at an undersea, unfamiliar Gadsden County. The Sci Girls uncovered fossilized bones, shells, teeth and other remnants of long-extinct fauna, including the terrifyingly massive teeth of the megalodon, an extinct shark that dwarfs even the most massive great whites of today. Professional geologists and engineers were onsite to help identify fossils and place the girls’ finds into historical context. Following the fossil hunt, the club – which aims to foster interest in science, technology and engineering among area girls – toured BASF’s Quincy attapulgite processing facility, conducted a lab experiment and listened to area female scientists speak.