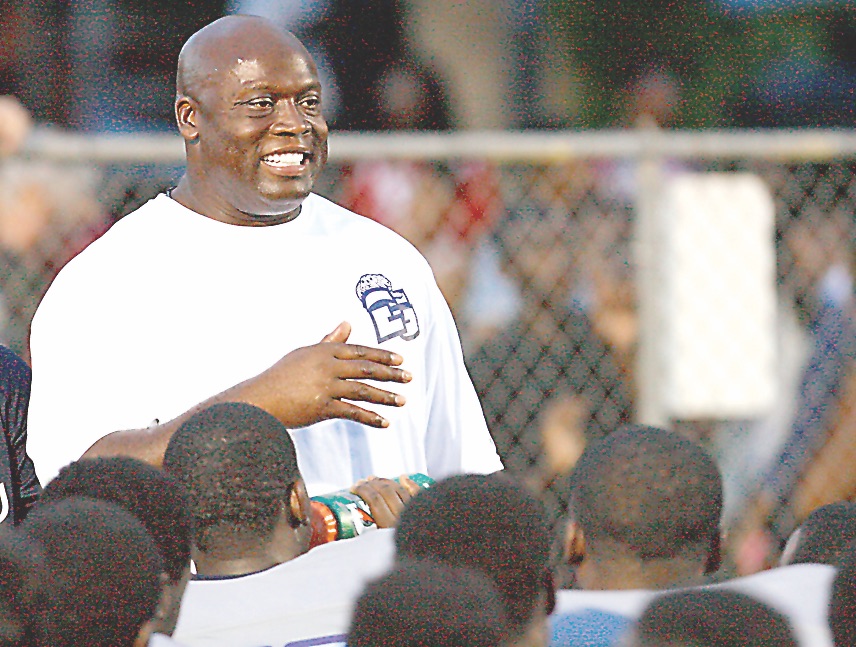 After a dismal season marked by loss after heartbreaking loss, Gadsden County High School is hinging its hopes for a football rebirth on a North Florida sports legend and familiar face to Jaguar football fans.

Godby High School head football coach Corey Fuller announced on Instagram this past Tuesday night that he would be leaving Godby to take the reins of the Gadsden County High varsity football program as head coach for the 2019-2020 season.

“From me and my family, thanks @godbyfootball for a great ride,” Fuller said on an Instagram post Tuesday.

Fuller replaces ex-Gadsden head coach Joey Striplin, who was fired in December following two lackluster seasons at the helm of the Jaguar football squad. Striplin had struggled with health problems that forced him to miss much of the 2018-2019 football season, and in his absence, day-to-day coaching duties fell to interim coach Shannon Faison.

Fuller, a 47-year-old Tallahassee native, is no stranger to Gadsden County football. He served as head football coach at East Gadsden High School for five seasons in two separate stints, and in 2011 he took the Jags to the state semifinals. In 2017, just prior to the merger of East and West Gadsden high schools, Fuller resigned to accept the head coaching job at Godby High School – a position he held continuously until this past week.

Godby enjoyed particularly impressive winning seasons under Fuller’s leadership, including two consecutive appearances in regional semifinal games. In total, the Fuller era at Godby was marked by 21 victories and just three losses, according to stats at the scholastic sports website maxpreps.com.

One of the most high-profile athletes to hail from North Florida, Fuller’s resume stretches far beyond the realm of varsity athletics, however. After graduating from Rickards High School in Tallahassee, Fuller enrolled at Florida State University, where he was a standout defensive back, helping the ‘Noles win a national championship in 1993.

Fuller’s skills on the college gridiron caught the eye of numerous NFL team owners, and in 1995 the Minnesota Vikings drafted him in the second round. Fuller’s professional football career included stints with the Vikings, Cleveland Browns and Baltimore Ravens, and after 10 years with the NFL, Fuller closed the “player” chapter of his life and moved back home to Tallahassee, accepting his first coaching gig at his high school alma mater.

In addition to coaching, Fuller told the Tallahassee Democrat he plans to be involved in mentoring and other community outreach in Gadsden County.

“I want kids to understand they can be successful in life through education and sports,” Fuller told the Democrat.

Fuller faces a tough challenge in rebuilding a winning football program in Gadsden County. Taking a grassroots approach, nurturing athletic talent at the middle school level and in community youth teams will be key to his strategy for success, the Tallahassee Democrat reported.

“We have to make a commitment to football and change it from the ground up,” Fuller told the Democrat. “I know it can be done.”

With Fuller’s departure, Godby assistant coach Brandon McCray will step in as interim head coach for the Cougars next football season, according to administrative staff there.