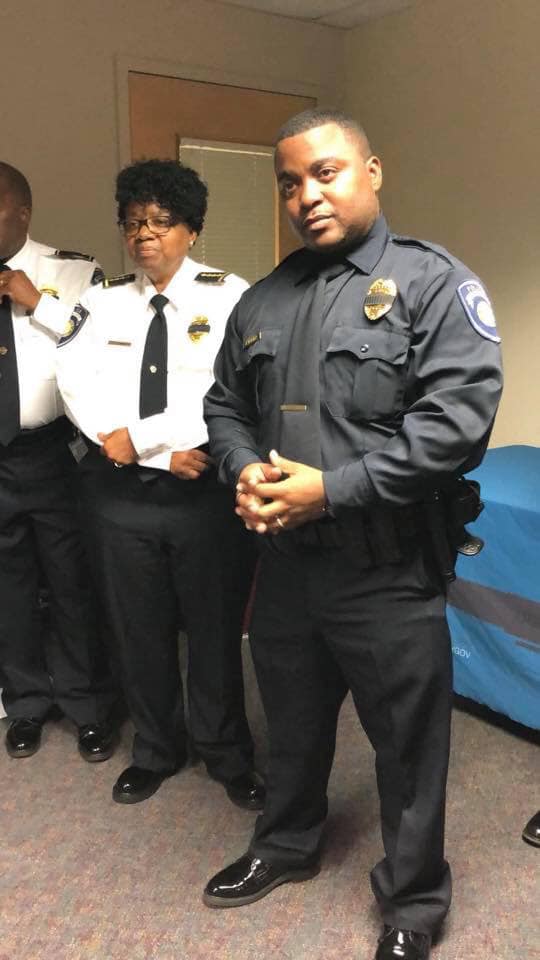 A former Midway police chief was shot in the line of duty last week in Union City, Georgia, where he currently serves as a police officer, Midway officials reported.

Despite being gravely wounded, following surgeries and an “outpouring of prayer and community support from both sides of the state line,” officer Jerome Turner Jr. is expected to survive and is on the road to recovery, Union City officials said.

According to the Georgia Bureau of Investigation, on April 1, Turner responded to a report of a fight in Union City. When he went to question a man believed to be involved, 19-year-old Veltavious Griggs, the suspect fled on foot and Turner pursued.

Officers returned fire and Griggs was shot and killed.

Turner was rushed to Grady Memorial Hospital in Atlanta, where he underwent multiple surgeries throughout the night. According to officials, Turner is now stable and expected to recover, though more surgeries may be necessary to repair damage to his knee.

After news of the shooting broke, Midway officials and residents took to social media, posting words of support throughout the week.

“We just want to let you know we love you, your like a family member to us and we have designated a member from our city council to go and visit him and the family,” current Midway Police Chief Deric Mordica said this past week. “I’ve learned alot from him and hope he pulls through.”

Published in Community, Crime and Midway