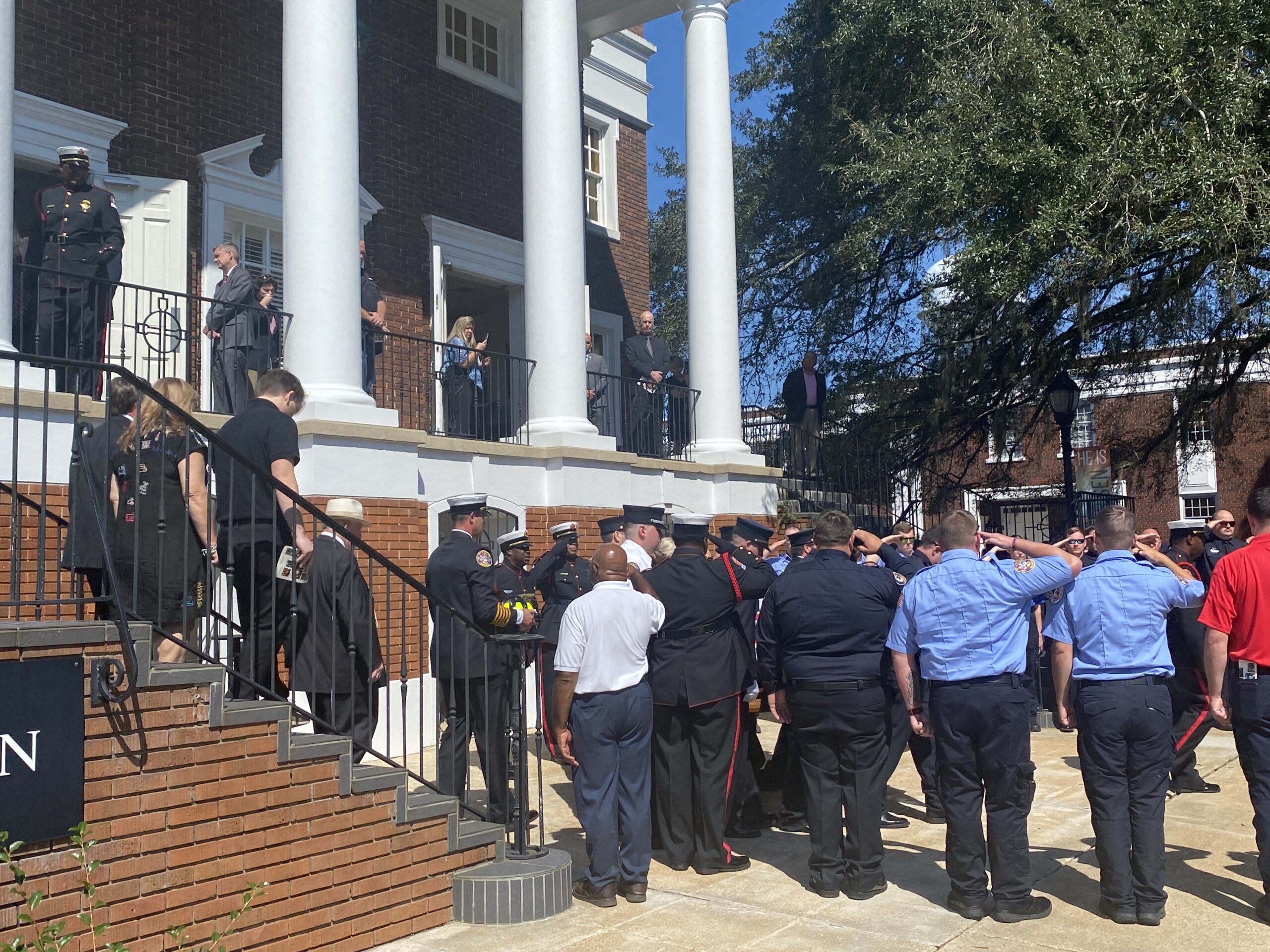 On Sunday, September 11, Gadsden and Jackson County firefighting agencies lost a member of their joint communities when Atticus Manchac Stephens died in an off-duty vehicle wreck in Leon County.

According to the Florida Highway Patrol, Stephens and an unnamed 23-year-old from Belle Glade, Florida, were both killed in the wreck, which involved a wrong-way driver on Interstate 10.

Stephens, who was only 26, served both counties as a paid firefighter with the City of Marianna in Jackson County, and as a volunteer firefighter for the Mount Pleasant Volunteer Fire Department in Gadsden County.

Stephens was born in Orlando to parents Lane and Joetta Stephens, of Quincy.

His family moved back home to North Florida, and Stephens attended, graduating from, Chiles High School then went on to attend Troy University, where he was a member of Pi Kappa Phi.

Later, Stephens would enroll in the fire program at Chipola College, where he found his ‘life’s calling’.

After graduating from the fire program, he took a job with the City of Marianna as a fulltime firefighter in 2018; he continued his training in public service by becoming an EMT and was proud to be one of the frontline workers to assist Jackson County during Hurricane Michael.

Stephens was a member of the Loyal Order of the Moose Quincy Lodge, and served as the Vice President of the Marianna Professional Firefighters Local 4397.

Bringing awareness to Gadsden and Jackson County firefighting agencies, Stephens attended many firefighter lobbying events at the State Capitol in Tallahassee, and was particularly proud to be invited to attend the bill signing ceremony by Governor Ron DeSantis of the cancer protection legislation for Floridian firefighters.

In addition to his parents, Stephens is survived by his younger brother, his grandparents, Don and Mert Stephens of Blountstown, and Joe Manchac and Peggy Manchac, of Quincy, his aunt, uncle, many cousins, and friends.

The funeral for Stephens was held at the First Presbyterian Church of Quincy on September 16, and to honor their own, firefighters and law enforcement officials from around the two counties which had been touched by Stephens’ life, attended in uniform.

After leaving the church, Stephens was given a Firefighter’s Honor Procession to the Old Philadelphia Church Cemetery in Quincy, where he was laid to rest.

A GoFundMe account has been set up to benefit the Stephens family; the link to the GoFundMe can be accessed through the Havana Herald website.

Published in Community, Fire and Quincy