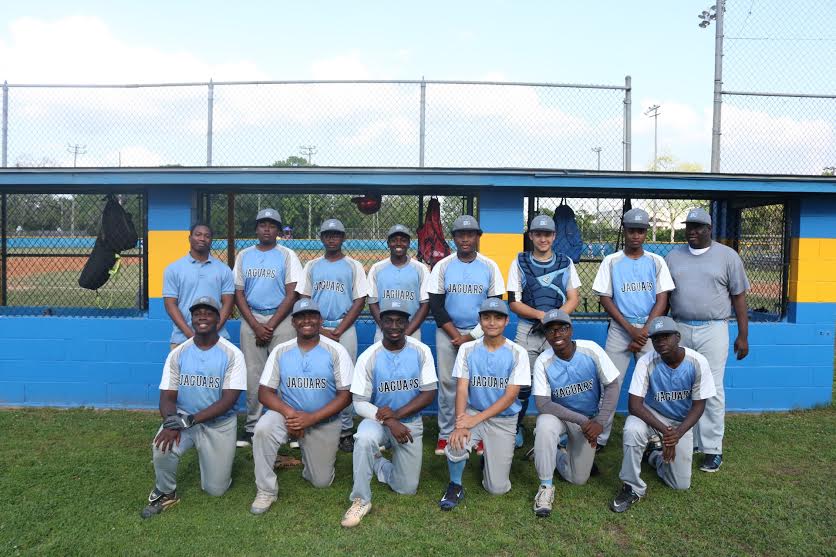 Gadsden County has changed a lot in the past few years.

Yet, one thing that has not changed is Coach Randall Estelle, who has been the baseball coach for the Jaguars for the past 14 years.

Baseball has not been a dominant sport over the years in Gadsden County in comparison to the other major sports like basketball and football, but the future could be promising at Gadsden County High.

After losing to Rickards 15-3 on Friday in a ri- valry match-up, Estelle said, “This team was slated to be my JV when we started workouts so we are doing pretty well in light of that.”

part of the reason for not fielding a competitive team.

“The kids from West Gadsden refused to come to practice, so I let them go. I’m missing nine sen- iors who played last year.”

Though it has been a difficult start, the team still has a chance to end with a winning season.

Coach Estelle said he was in a rebuilding phase with the team.

“I have five freshmen that are starting and play- ing well and more impor- tantly they’re committed to the team. So finishing above .500 would be a huge step and a building block.”

Talent is developing and the Jaguars’ future in baseball looks prom- ising.

Coach Estelle high- lighted some of his fu- ture stars.

“Jaelin Williams, first baseman with a .422 batting average and our leading hitter is only a freshman.”

The Jaguars best chance to have a winning season is if their ace starting pitcher, Trayivo Dubose, can stay healthy.

The Jaguars play Godby in Quincy at 6 p.m. at Corry Field on Thursday, April 19