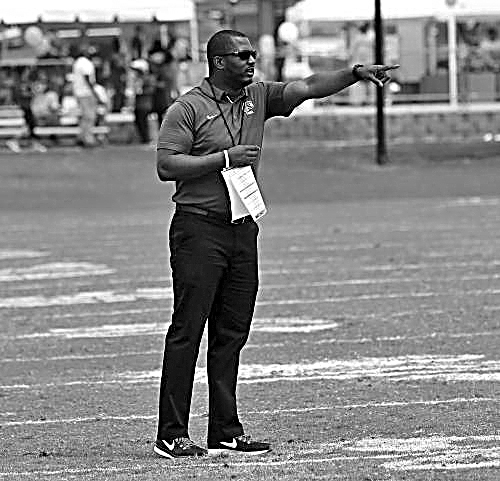 Willie Simmons oversaw his first spring football game at Florida A&M this past Saturday and overall was pleased with his team’s progress. The Green team, which was the offensive squad, nudged the defensive Orange team, 36-33, in the contest that had points produced by various means.

“The defense got off to a lead, but the offense made adjustments and came back,” said Simmons, a former Shanks High School star from Quincy who took over the Rattler helm last December.

“Both teams were very competitive,” Simmons continued. “As a whole, both offensively and defensively, they are adapting to our schemes and are progressing.”

FAMU is implementing an up-tempo offense that relies a lot on quarterback reads.

“We threw the ball well for the most part and had some passes dropped early that hurt the offense.” Simmons said. “We also took too many sacks, which is something we’re going to have to work on.”

Quarterback Ryan Stanley, the returning starter at that position, threw for more than 200 yards, including a pair of touchdowns to wide receiver Chad Hunter (one of which covered 75 yards) to lead the Green team.

“Overall I’m happy with the way things are going,” said Simmons. “There’s a lot of interest and enthusiasm being shown.”

The Rattlers will get into fall practice around early August with their first regular-season game slated for Saturday, September 1 against Fort Valley State at home in the second annual Jake Gaither Classic.