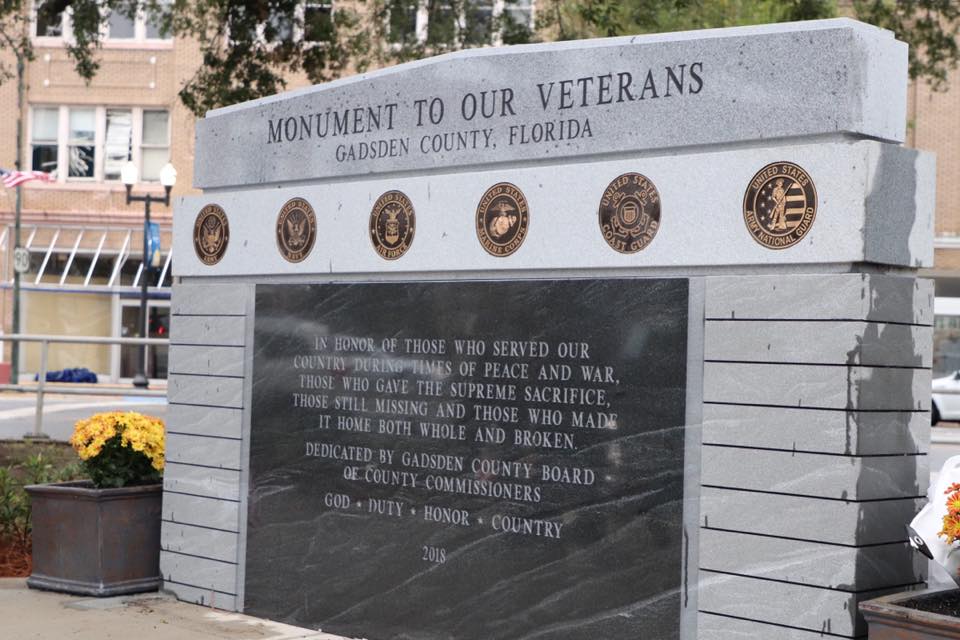 This past Thursday, the Gadsden County Board of County Commissioners unveiled a newly erected monument dedicated to Gadsden County’s veterans. The monument is the first on the Courthouse Square in downtown Quincy to  recognize all branches of the United States Military, according to a statement released by commissioners. In addition to the granite edifice that serves as the focal point, the monument will also be accentuated by decoratives landscaping and benches “for citizens to sit, reflect, and honor all Gadsden County citizens who have served in the United States Military,” commissioners say in the statement. To make room for the impressively sized new monument, an existing monument, which reads, “In memory of Gadsden County Veterans who gave their lives during the Korean Conflict, Vietnam Era, Grenada, Lebanon, Panama, Persian Gulf,” has been relocated to the southeast quadrant of the courthouse square.