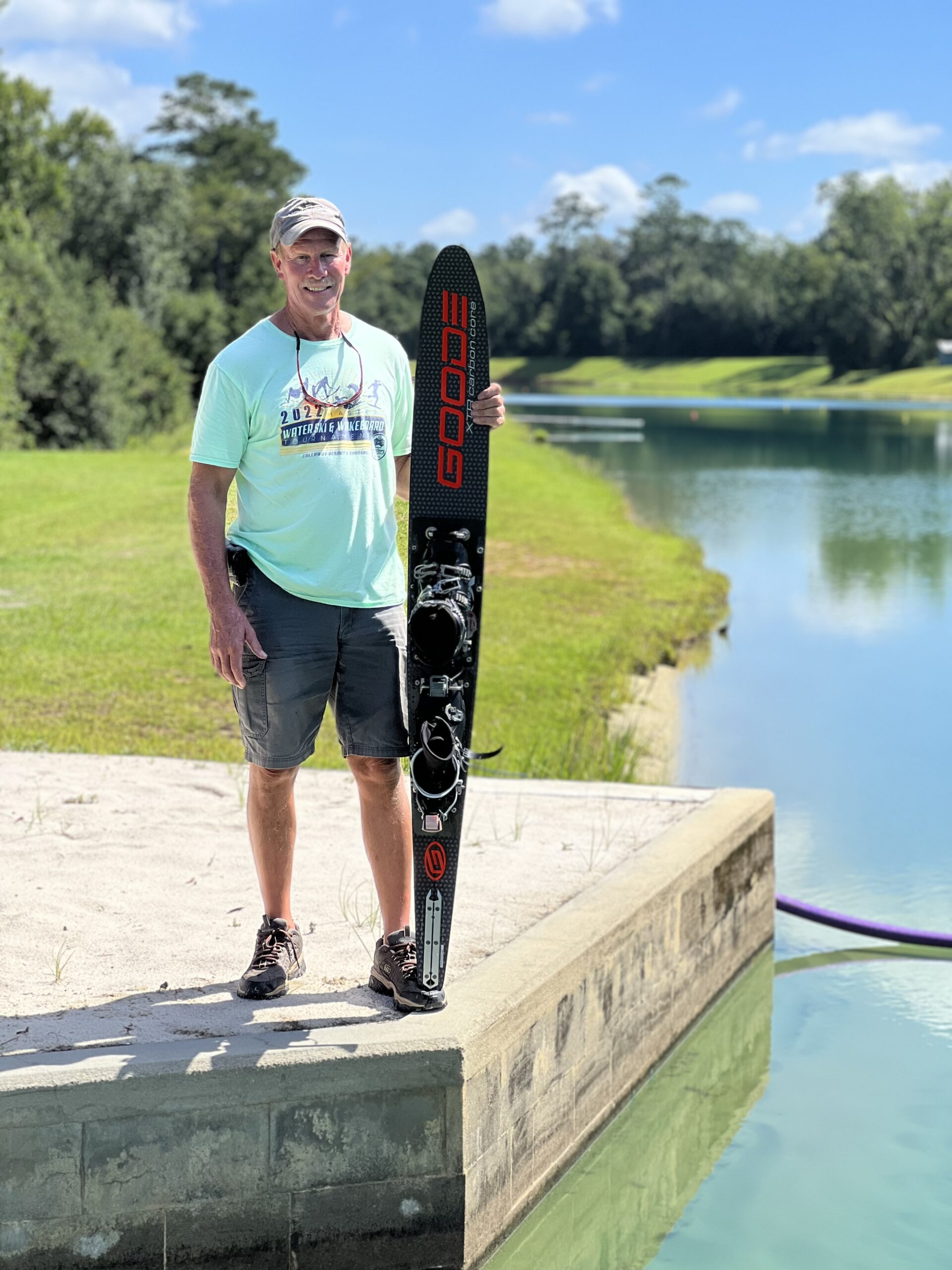 As the speed of the nautique ski boat reaches over 30 miles per hour, Keith Albritton’s adrenaline pumps at an ever faster rate as he gets ready to go over the buoys set up as the water skiing obstacles.

Albritton discovered his passion for water skiing at the age of 22, when during a family reunion at Manatee Springs, South Florida, his cousin challenged him to ski.

With no previous experience, Albritton kept losing his balance and would fall down; the laughter from his cousin only prompted him to try harder.

“I’m going to get better,” Albritton recalls telling himself.

Almost as if prophesied, Albritton improved significantly and will now, at 68, be competing later this year in the International Waterski & Wakeboard Federation Tournament Waterskiing held September 12-18 in Baurech, France.

Albritton and two others from Gadsden County, John Cawley and Kim Wilson, will be representing the United States of America in three different categories based on their age group.

“We just found out last week that we will go,” said Albritton. “We’ll be wrapped representing the United States in uniforms for the opening ceremony. There will be people from all over the world.”

They will leave a few days before the competition and explore the tourist attractions in Paris as well as get accustomed to being six hours into the future, as the time zones change once they depart Florida.

This is Albritton’s second time qualifying for the tournament, but due to the COVID-19 pandemic postponing it twice, it will be his first time actually competing.

“There’ll be three events,” said Albritton. “Everybody will go and we’ll do the opening ceremonies. Then you have preliminary rounds, I don’t know what the cut offs will be but I’ve got to run a certain amount of buoys to be able to make it into the finals. If I make it to the finals then I’ll be skiing on Saturday or Sunday.”

After the winners are pronounced there will be closing ceremonies, which Albritton describes as being like the Olympics but on a smaller scale and only for water skiing.

Although it may seem like they have a lot of time in their hands to practice and perfect their expertise,

Albritton says time is passing by quicker than anticipated.

For now, he will keep practicing as often as he can at his beloved Lake 38 – the place that holds all his triumphs and cherished memories.

Inside the floating, covered dock on the lake, Albritton is at home.

The walk of fame up to the dock is where he and others have laid bricks engraved with the names and personal bests of the other Lake 38 skiers that found peace swerving the buoys and despite the rope getting shorter, remained calm and set records.

“We’re serious about our skiing,” said Albritton. “But we’ve tried to keep it fun as well.”

Participating in the international competition is something that Albritton, as a retired electrical contractor, never thought much of.

He has participated in nationals and other competitions throughout his skiing career, but this is definitely one milestone to never forget.

Regardless of his placement in the competition, Albritton is excited about representing the United States and most importantly, Gadsden County’s Lake 38.

Published in Havana and Sports & Outdoors