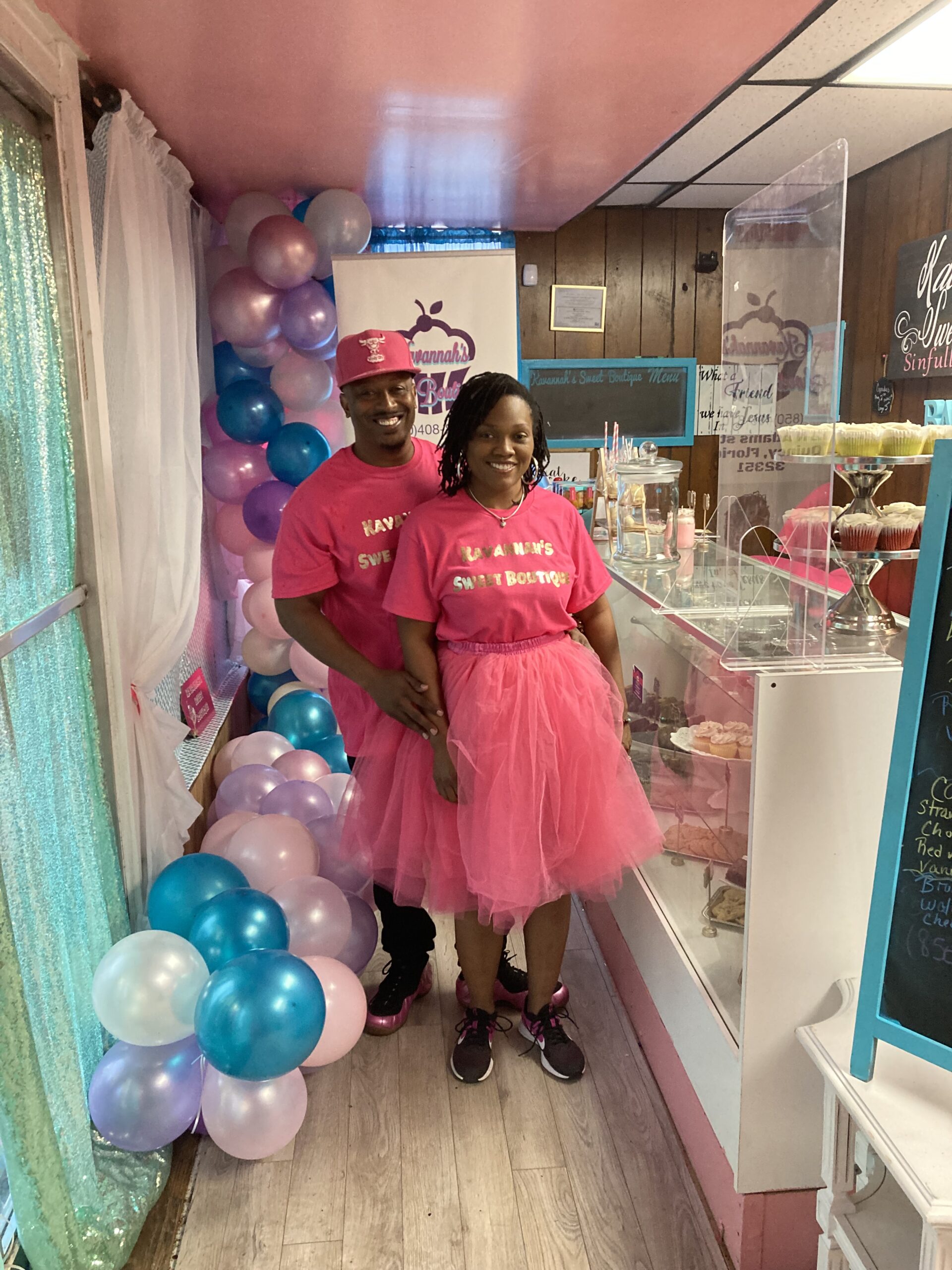 On Saturday, April 2, the grand opening for Kavannah’s Sweet Boutique was held in its new premises at 102 North Adams Street, in downtown Quincy.

Despite the rainy weather, a small crowd of customers gathered outside the shop, each ready to indulge their sweet tooth on a selection of goodies baked by bakery chef, Satina Clark.

In addition to being the primary baker behind Kavannah’s sweets, Clark is the owner of the business and she showed up to the grand re-opening of her  shop in a bright pink dress, the same tone as her shop’s decor, to mark the occasion.

At 11:15 a.m., Clark cut a ribbon stretched across the door to her new shop, and the crowd cheered and applauded.

Clark then gestured to several children up front, inviting them in to pick out some treats.

“We offer everything from cakes to cookies, brownies, pies,” Clark says. “We do pretty much anything sweet. Muffins, pastries, things like that.”

Originally from Gretna, Clark worked in the state’s corrections industry before ending that career to focus on selling her baked goods full time.

“I started baking when I was young, with my mom,” Clark says.

Clark adds that she has fond memories in her mother’s kitchen, preparing baked goods for holiday gatherings of family and friends.

The shop itself has had a couple of locations in Quincy since 2012, including the Carriage House next to the Leaf Theater, and most recently next door to its current location.

To stay up to date with special hours, deals, and promotions, Kavannah’s Sweet boutique is available on Facebook and Instagram.