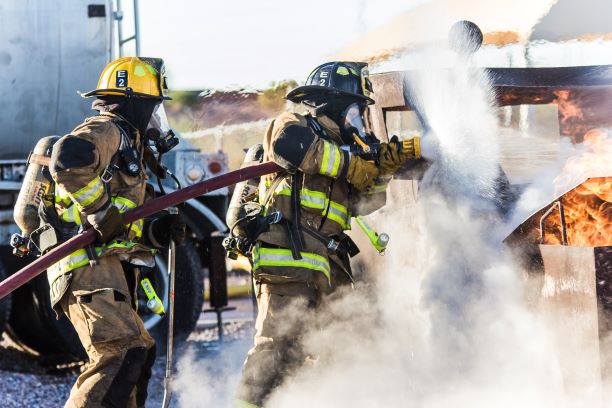 During the Monday, October 19 meeting of the Greensboro Town Council, the town’s volunteer fire rescue agency made several requests for purchases out of the fire department’s city-managed budget.

While the city is the fire department’s administration, the first-responder agency is funded by Gadsden County, who provides the volunteer department with funds to be spent on vehicle repairs, gear purchases, improvements, and other required purchases by the agency.

During the meeting of the Greensboro Town Council, Assistant Fire Chief Daniel Hunter requested several items be purchased with the fire department’s budget.

In the first line of business, Hunter addressed the fact that the department’s brush truck and tanker truck were both experiencing air conditioning issues, which could pose a health issue for firefighters who are traveling in their bunker gear to and from fires.

“We attempted to repair the brush truck’s air conditioning by adding freon to it,” said Hunter. “But somewhere, there is a leak in the freon line. It’s going to be something requiring it going in the shop.”

While the department welcomed the two new members, Hunter did state that bunker gear and radios would need to be purchased for the newcomers.

While both new firefighters would need radios in order to respond to calls and communicate once at scenes, Hunter did state that buying radios could be complicated by the Gadsden County Commission’s recent decision to move forward in the development of a new radio tower.

The new tower will expand the communication area and reduce the radio silent ‘grey zones’ within the county that have caused Gadsden County volunteer fire departments concern, as those zones have effectively blocked firefighters’ ability to contact 911 dispatch and each other.

While the new tower will benefit the county’s firefighters, Hunter stated it might cause issues when buying new radios for the two new Greensboro volunteers, as their radios may be outdated within the next few months, upon the tower’s completion.

Hunter shared that he talked to another county fire agency, and had found a place to purchase used radios that could be bought at a fraction of the cost of new radios.

“I’m not keen on spending money for something that will be obsolete in six-seven months, but I also need to make sure my people can talk and communicate,” said Hunter.

While the used radios were cheaper, they were still priced over $100, which presented comments from the city council.

Council President William Willis, Jr. asked if there were any volunteer firefighters on the Greensboro roster who no longer responded to calls or who responded with such a low frequency that the department could pull equipment from those firefighters to give to the two newcomers.

“I hate to spend money when you are going to upgrade in the new future. I want y’all to have what y’all need, but I don’t want to spend money that’s just wasted in six months if there’s another way around it,” said Willis. “If not, then we will see what we can do.”

Hunter agreed to look through his roster and see if there were any individuals who no longer responded to calls and could return their radios.

Hunter also addressed the fact that there were several requests for equipment and gear that the fire department had made within the last few months and not received.

“We did a needs-assessment and sent a list of items in September,” said Hunter, adding that there are critical needs on the list that the fire department has needed for months.

One of the items on the list, Hunter said, was bunker gear for firefighters as well as medical first-aid kits for when firefighters responded to scenes involving injuries.

That need, Hunter said, was exhibited during a recent vehicle crash that Greensboro firefighters responded to but could only offer a lesser level of aid during, due to the “minuscule” amount of supplies left on the trucks.

“We have a duty to act and a duty to treat to the extent of our training,” said Hunter. “But we don’t have the gear there and that puts us all at liability.”

Hunter asked if, seeing how it had been months since the original request had been made for those items, those items should be ordered by the fire chief or assistant fire chief, rather than waiting for the town manager to place the order on their behalf.

Town Manager Dennis Henderson spoke up, telling Hunter that the fire department should not order anything.

Henderson also stated that he needed Hunter to resend him the Greensboro Volunteer Fire Department’s needs-list again, as he had not been able to open the document emailed in September.

Hunter agreed to send the list of needs back to Henderson, adding that the list has everything ranked on priority, the quoted price for each item, and where the item can be purchased.

Next to speak up was Greensboro Town Mayor Lamar Alday, who disputed Hunter’s claim that firefighters should provide first aid.

“When I was on the [fire] department, they told us that if you didn’t have EMS training or you weren’t EMS certified, you didn’t mess with nobody,” said Alday.

“If there is a patient bleeding and we don’t do something, they will sue us,” said Hunter.

“You don’t have any EMS training,” added Alday.

At that point, Hunter, as well as another firefighter at the meeting, stated that they do both have EMS training.

“You do? Ok. That’s you, but what about everybody else?” asked Alday.

Hunter said that as long as the firefighters are present as first responders, they are obligated to provide aid to victims.

Henderson spoke again, asking Hunter if it was possible to get Gadsden County Emergency Medical Services to provide medical kits to the fire department, rather than having the town purchase kits.

Hunter stated that he had spoken with Gadsden County’s Emergency Services Chief Keith Maddox about that, and had been told there was no policy for sharing equipment between the two branches.

“It is up to the crew that is there [at the scene]. If we use something, we can ask if they can swap it out for us, but he said there are no guarantees that they will,” said Hunter. “And if it’s something where they are already stressed and dealing with a patient, I’m uncomfortable asking them, if they are working on a critical patient, to swap [items].”

Henderson said firefighters don’t have to ask for a medical kit replacement at a scene, but could make a request to the EMS station later.

“For Greensboro to supply this, it doesn’t make sense,” Henderson added.

“The way Chief Maddox explained it, they don’t have a duty to give us that stuff,” said Hunter. “It would just be a courtesy. We can ask, but there is no guarantees.”

No further discussion was made regarding the purchase of bunker gear, first-aid medical kits, radios, or truck repairs that evening.

However, Greensboro’s Assistant Fire Chief Daniel Hunter later reached out to The Herald to make a comment regarding the fire rescue agency’s denied or ignored purchase requests.

“The fire department is sincerely trying to work with the town council and Town Manager, however, we’ve submitted a request to purchase new gear over four months ago, and the town manager has yet to move forward with this request,” said Hunter. “Our expectation is that this type of equipment be purchased in a timely manner or otherwise allow the fire department to manage its own budget.”

While the department is a branch of the Town of Greensboro, it is exclusively funded through the Gadsden County budget; the town only manages the money provided by the county.

Published in Government and Greensboro