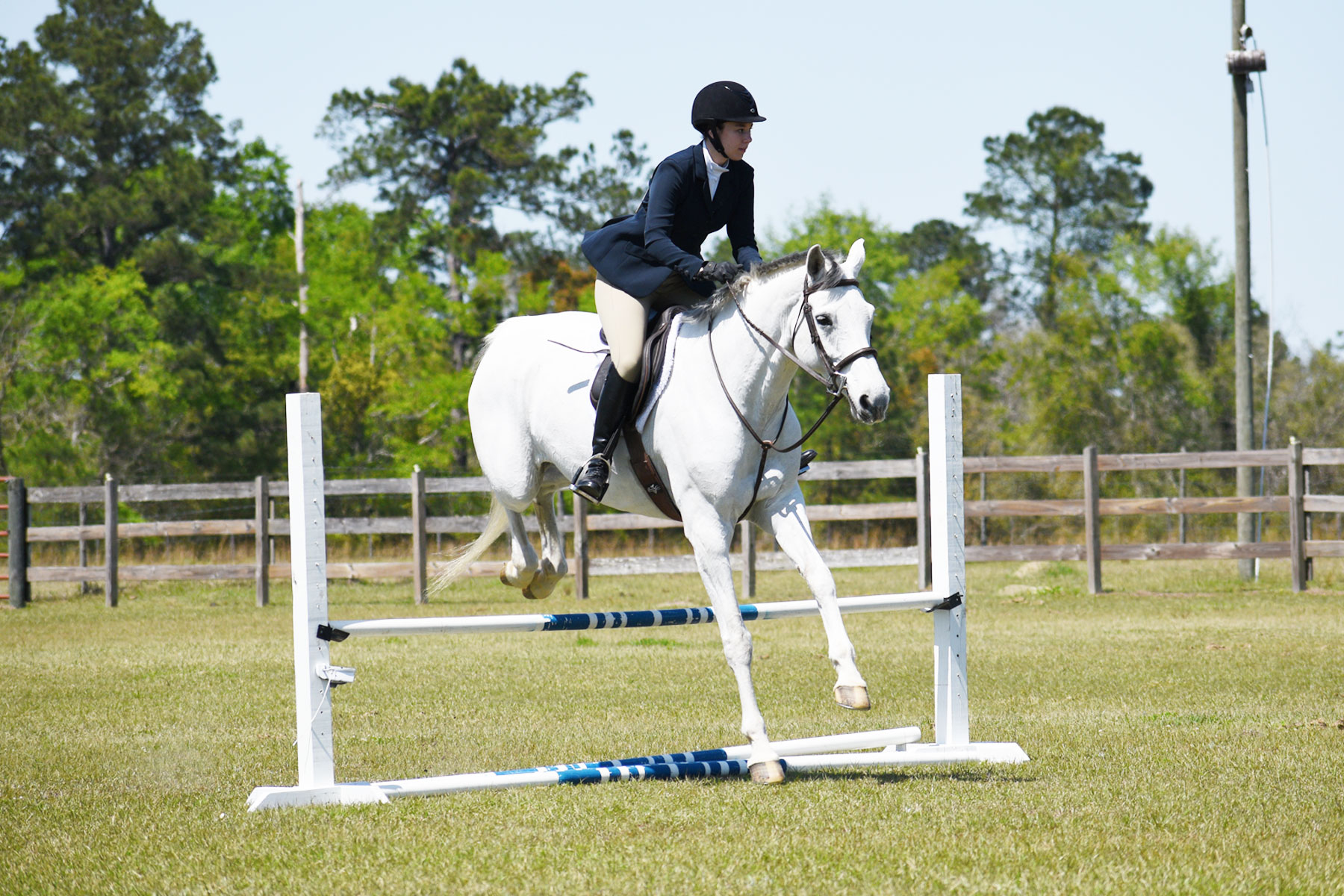 Harley’s Hollow has become one of Gadsden County’s top equestrian facilities and is making a positive economic impact by bringing competitors from other counties and states to the community.

A horse show held on Saturday, March 26 was extra special, because it was the first-time competitors from Tallahassee’s Mahan Farms came out and competed.

Sue Ballentine, from New Hampshire, was also among those who traveled to spend the day at Harley’s Hollow.

Sarah and Steve Bolinder, the owners of Harley’s Hollow, worked hard to add an additional jump course; new jumps were painted with the Chop Barbershop and Florida State University logos displayed on them.

The two winners for the day were Mallory McCaffery, from Tallahassee’s Coventry Farms, and Maddie Yarborough from Mahan Farms.

“Words cannot describe how happy I am,” said Maddie Yarborough, who was clearly ecstatic over the win with her horse Ranger. “I am so proud of how far we have come and what is in line for the future!” Yarborough not only won the $300 Chop Challenge prize for highest point jumper, but also took home three first place and one fourth place ribbons that covered the competition throughout the day.

Harley’s Hollow has two more horse shows coming up on their schedule: June 4 will be a hunter jumper show and August 20 will be a combined event.

Published in Greensboro and Sports & Outdoors