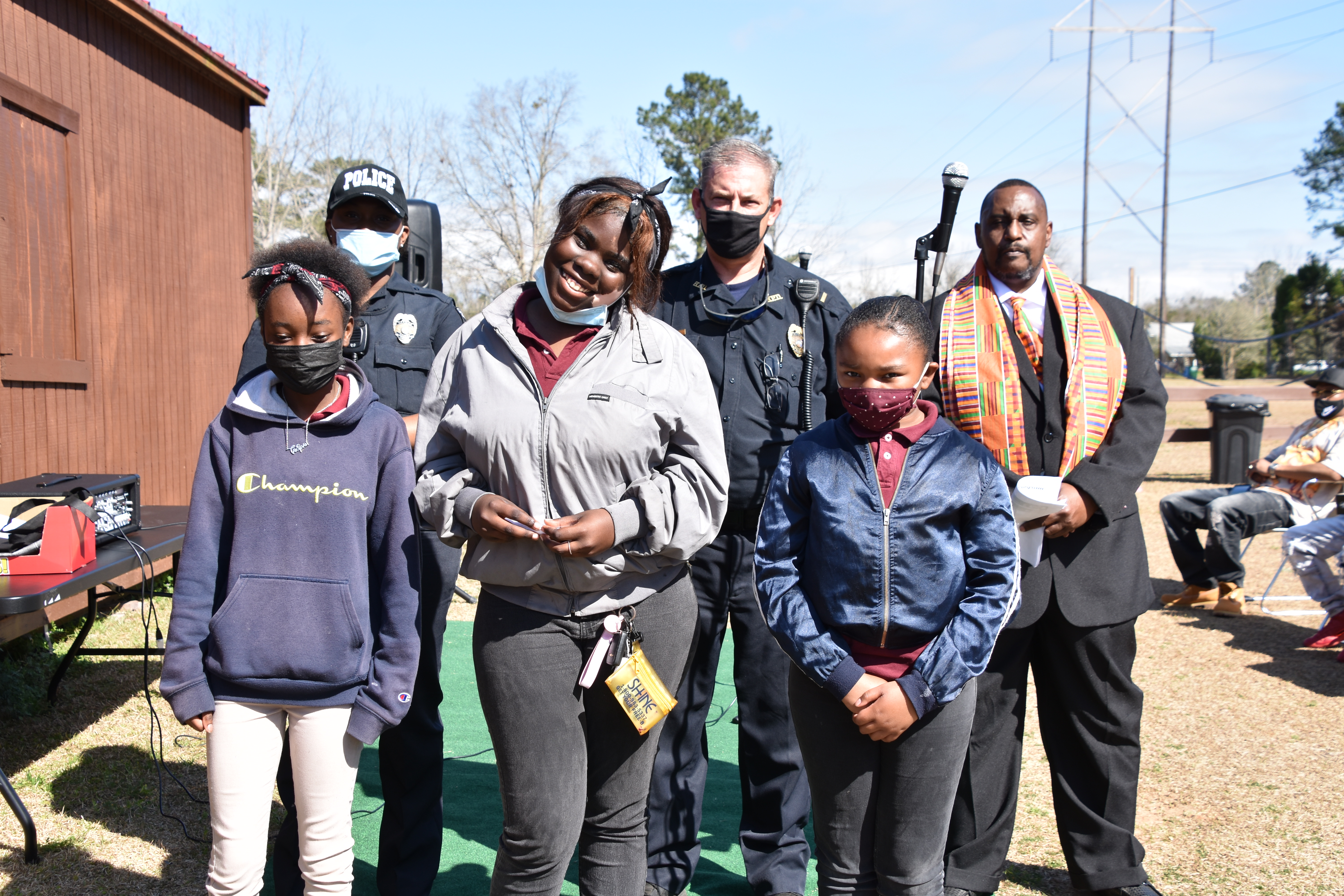 Havana Learning Center’s staff and students gathered on February 25 to celebrate the history of African-Americans, and celebrate the students who had taken part in Black History Month projects throughout the month.

The VPK class, taught by Emma Owens, presented the Biblical account of creation – an account that the school makes sure all students are familiar with – as well as poster boards they had made of Black Americans throughout history.

Afterwards, Principal Lillian Johnson announced that Owen’s class would be receiving a cash donation from the center, the Havana Police Department, and several parents for Owen’s to spend on her class.

The school also had its three winners of the recent spelling bee engage in a brief contest – with spelling-whiz students Jamyrah Gainous, Tyanna Glenn, and Arianna Roberts getting on stage to show off their spelling skills.

A history presentation on two historical Black Americans was presented by LaKeydra Carter, who had written an essay (which she read) on Mae Jemison, the first African-American woman to go into space as an astronaut with NASA; and Jeremiah McGriff, who spoke on the life and importance discoveries of George Washington Carver.

The Capital Chordsmen, visiting from Tallahassee, serended students and school staff with a selection of barbershop quartet music – while also dropping tidbits of history about barbershop bands.

The police department had been asked by the center’s staff to be the judge for the contest – and while the task was not an easy one, Chief Lewis said, he and his officers had selected three essays to be the winners of the contest.

Afterwards, the school provided lunch and drinks to the students, visiting parents, and staff.

Published in Havana and Schools