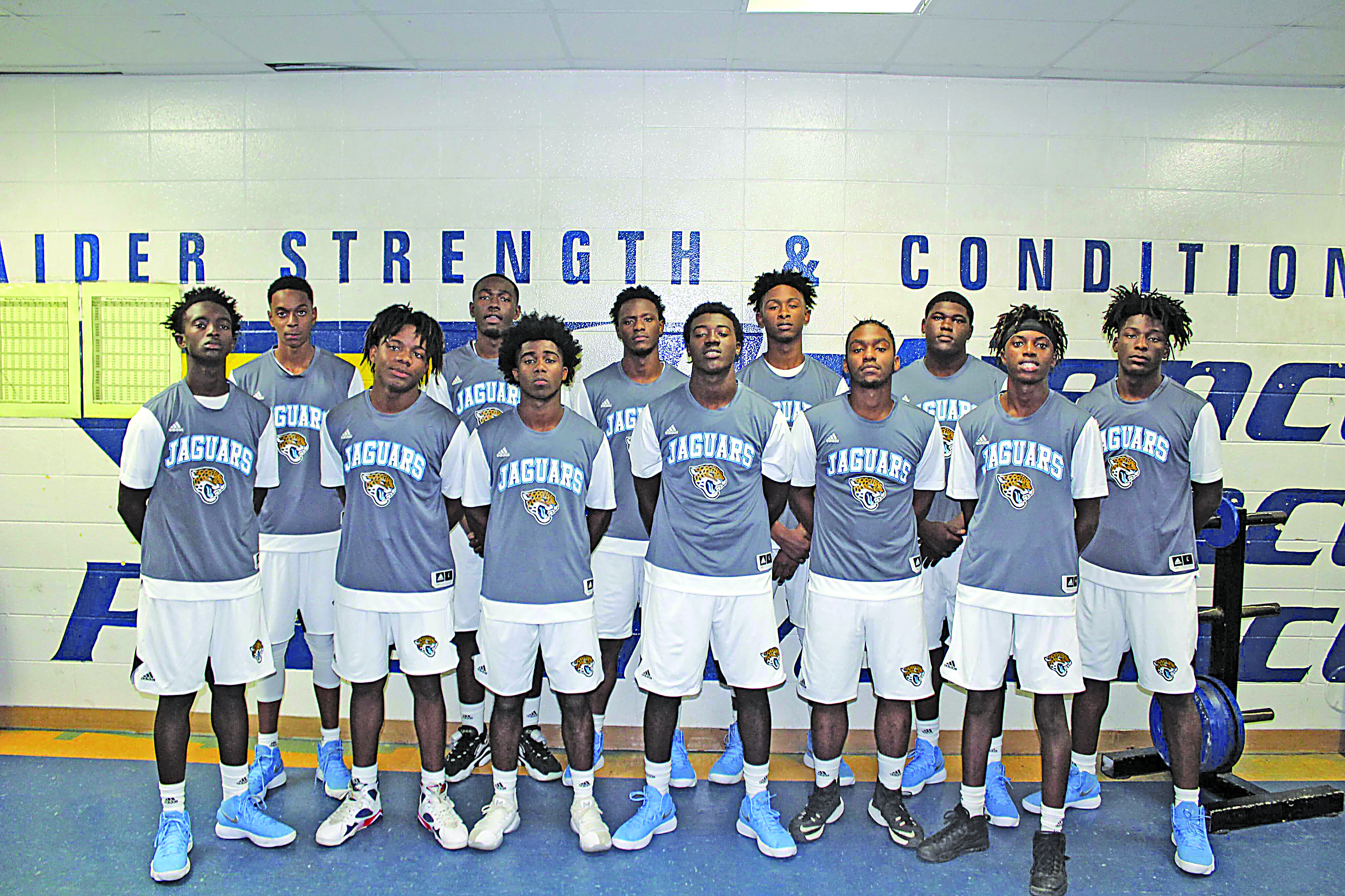 Jimmy Hester scored 26 points and Jabari Harris added 19 in leading the Gadsden County High School Jaguars to a 64-38 Region 1-5A quarterfinal win over West Florida Tech out of Pensacola in the Gadsden High gym on Thursday night, February 22.

The home Jaguars trailed 13-10 after the first quarter before using a 10- point second stanza run by Hester and a six-point quarter from Harris to take a 26-23 lead by the half.

The two then dominated the second half, leading a 38-15 margin to completely wipe out the visitors.

Not only did the pair do scoring damage they also came up with big numbers in other aspects of the game to help Gadsden advance to the region semifinals this past Tuesday. Hester had 11 rebounds and five steals in the contest, and Harris had a nine-rebound, three-blocked shot game.

Sammy Carter also contributed to the victory with seven points, four steals and three assists, and B.J. Corker had a pair of three-point bombs including a late third-quarter one that wrapped up an 11-0 Jaguar run getting the host team to a 43-28 lead at the beginning of the fourth quarter.

“Hester and Harris sure played great games,” Gadsden coach Andrew Moten said. “But I also felt the whole team stepped up defensively and that was key. We certainly have struggled at times this year, but just maybe we are gelling and can continue on in the playoffs.”

The Jaguars headed for Pensacola Tuesday to take on Pensacola Catholic, a team that brought a 26-1 record into the state regional semifinals.

The winner of Tuesday’s game will host either Raines or Bolles out of Jacksonville tomorrow night (Friday) for a chance to go to the Lakeland State Final Four next week.