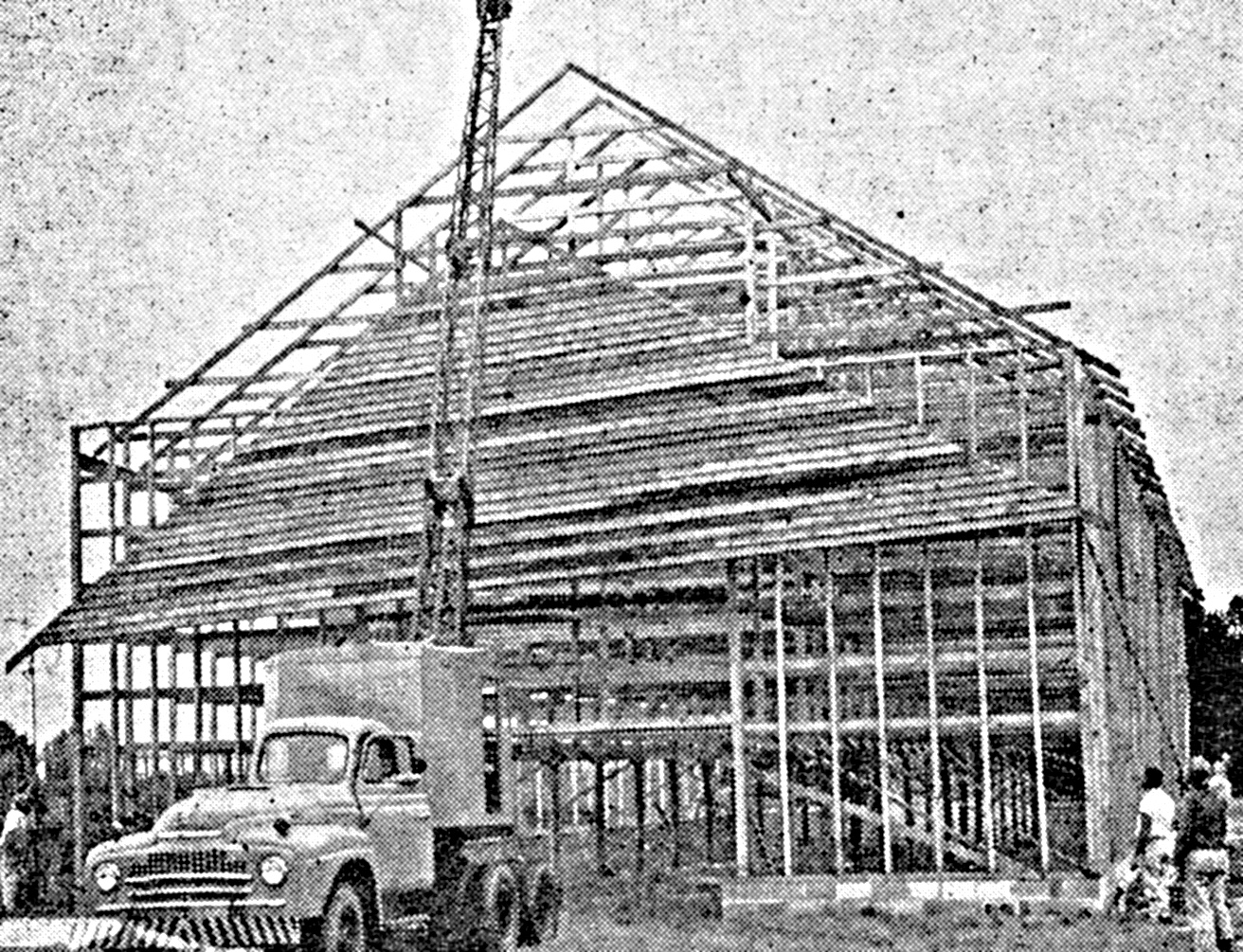 Luke Blackburn is shown in this October 1960 photo supervising the raising into place a pre-built tobacco barn gable end, weighing approximately 10,000 pounds, on a barn he was building on the Hugh Blackburn farm east of Havana. Considerable time and labor was saved by building the gable end on the ground and then using one of Mitchell and Thomas Company’s draglines with a 40-foot boom to raise the entire gable end into place on the barn.