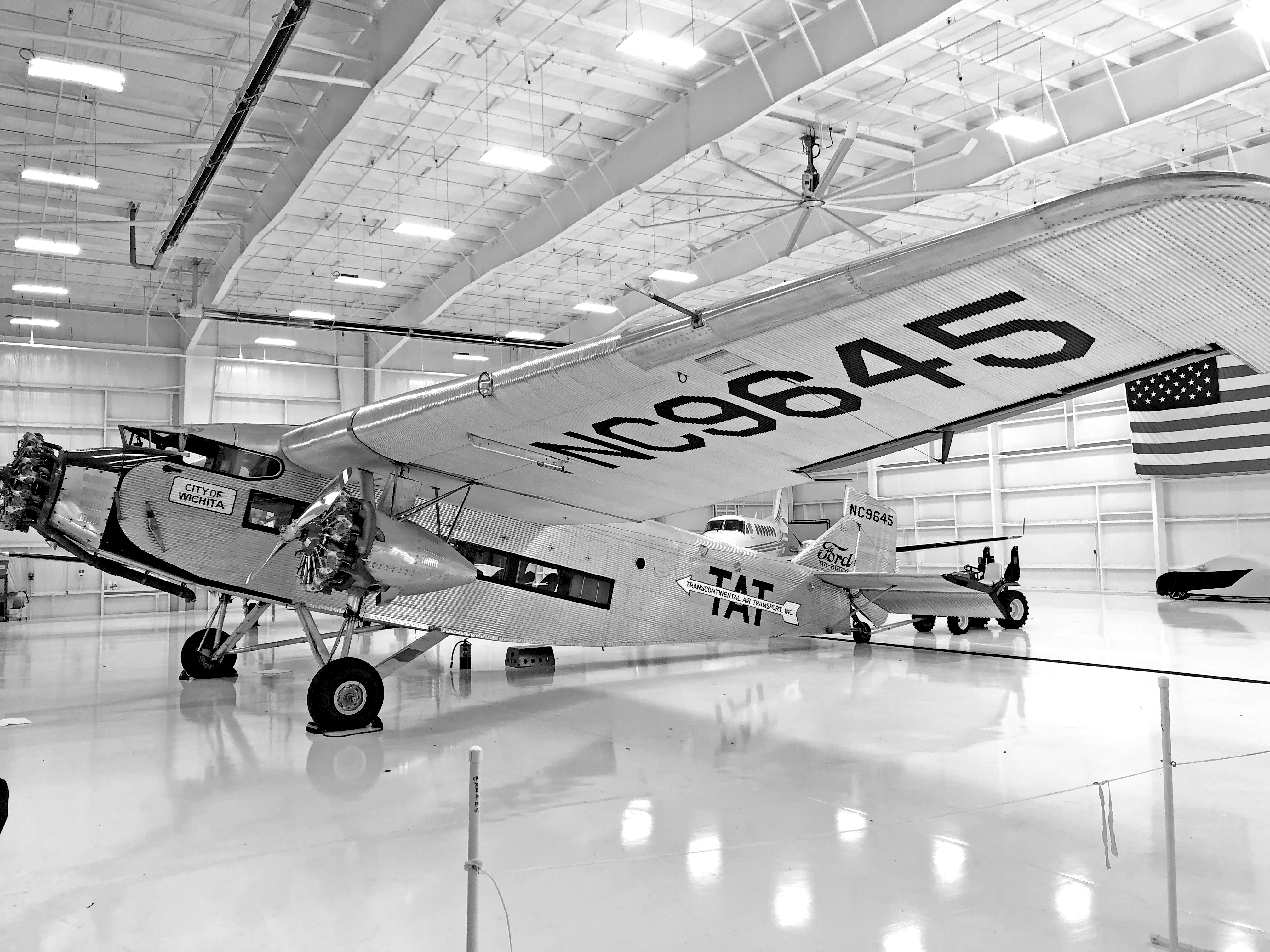 First commercial airliner flies out of the past and across the Big Bend.

The Experimental Aircraft Associa- tion visited the area this past week on its tour across the country with a Ford Tri-motor air- plane and people from all over the Big Bend gath- ered at the airport to board a flight. Their desti- nation: the past.

The airplane, the first commercial airliner in the United States, built in 1928, was open from Wednesday through the weekend for 30 minute rides for the public. The trip, which cost $75 for adults and $50 for kids, was meant to raise public awareness of the impor- tance of history, and raise money for the organiza- tion’s museum.

“It’s kind of the story of us, and where we are today,” said Jack Horning, an Association volunteer from Tallahassee. “I think it’s one of the biggest ad- vancements in the history of humanity. It’s a step- ping stone for civilization. We want to bring people back to where we were be- fore. It gives you an op- portunity to go back and think how did we get here?”

The Ford Tri-Motor was the first airplane in the US where passengers rode in- doors rather than with an open cockpit. The plane can go 90 mph, at a max- imum altitude of 12,000 feet, although last week’s public rides were at about 1,000 feet.

“It’s a fun ride,” said Colin Soucy, the airplane’s pilot. “You get to look out and experience the sights and sounds of 1928 and just enjoy the flight. Pas-

sengers really love it, they always come back with a big smile on their face.”

Of the 199 Ford origi- nally built, there are only eight remaining that can fly, and only two that fly every day, both of which are operated by the Asso- ciation. The plane, which is now 90 years old, was restored 20 years ago, and now looks just like it would have fresh off the assembly line. The crew perform main-

tenance checks on it every 100 hours.

The plane, which only seats 10 people on board, was the original plane of “Transconti- nental Air Transport” company, which in 1929 offered the first plane trip across the United States. Tickets cost the equivalent of more than $3,000 today, and lasted three days, using the plane and the railroads.

“They were in cahoots with the Pennsylvania rail- road,” Soucy said. “So you would leave grand central station in the afternoon in a train, ride all night, wake up in Dayton, Ohio, and get on the Ford. You would fly all day, with multiple fuel stops. That evening, you’d be in Okla- homa somewhere, they would put you back on a train, and you’d wake up in the morning in Ari-

“People were just totally fatigued and beat from the noise and the droning of the engines,” Soucy con- tinued. “But it was the fastest way across the country. It was three days. If you’d stayed on the train the whole way, it was ten days. So next time you’re at the airport and the pilot says it’s five hours to San Diego, just say thank you.”

Along with raising money for the organiza- tion, Soucy believes the flights serve the even greater purpose of keeping our history alive in the minds of young people.

“Times have changed,” Soucy said. “The next generation of people com- ing up, the millennials, don’t really care about lots of things from the past,

and we’re just trying to keep the spirit alive in this country, that you can actually fly your own air- plane and do stuff like this. It’s actually a flying museum piece and it’s an absolutely gorgeous air- plane.”

The ride lasted about 30 minutes.

“It was a lot of fun; it was a lot smoother than I thought it might be,” said Edward Bell, one of the passengers. “It was very in- teresting flying so close to the ground, seeing the city from that view was very different. It’s just a lot of fun, and I think it could be a lot of fun for family members.”

According to Bell, the ride gives people a greater appreciation for the ad- vancements the human race has made in the past 100 years.

“It gives you a better ap- preciation of lots of tech- nology,” Bell said. “We have a tendency to take our current technology for granted and don’t appreciate how many steps it took to get there.”

Story and Photos by: Weston Williams