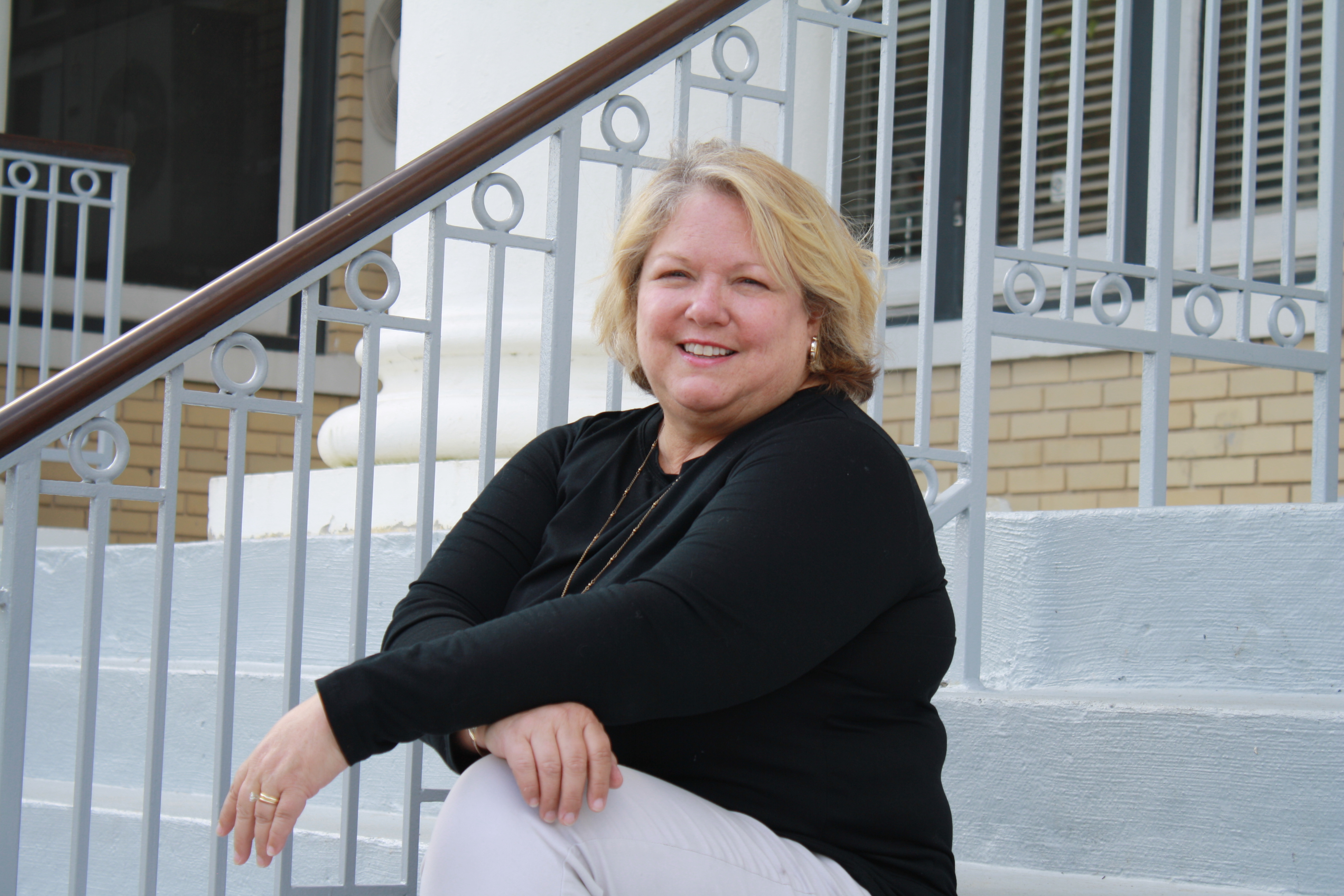 When Penny O’Connell was a little girl growing up in Gadsden County, there was no question about where she would do her back-to-school shopping: She would get her pencils and notebooks from Crouch Rexall Drugs and choose new clothes from Wilson’s Department Store or Mary Booney’s on the courthouse square in downtown Quincy.

“There was such a sense of community [back then],” she said, her voice epitomizing the sweet warm quality of a girl raised in the South. This girl was homegrown in Quincy, and her childhood memories are of Halloween costume contests on the courthouse steps, getting her bike from the Western Auto, and visiting Santa at McCrory’s Five and Dime.

O’Connell, as the new Executive Director of Quincy Main Street (QMS), is downtown Quincy’s most ardent cheerleader. After retiring from her work in pharmaceutical sales, she searched for a way to make a difference in her community. She was thrilled to be chosen to lead QMS, whose offices are now housed in the former Western Auto on Adams Street, O’Connell’s jauntily parked bike in the lobby a throwback to the building’s previous life.  Quincy is “a city on the verge of exploding,” she stated with enthusiasm. “I believe it is the next little town that will be revitalized.”

The idea of “Main Street USA” evokes what was once the best part of many communities in our country. It was “the” place to be on shopping Saturdays, the center of economic and social activity in small towns across America. However, with the mobility afforded by the creation of the interstate highway system after World War II, more and more people moved to the suburbs and flocked to the bright new shopping malls and big-box stores, leaving downtown areas decimated in their absence.

This pattern is changing as many small towns work to restore their historic buildings and woo customers back to the heart of their cities – the downtown area. As developers strive to create new shopping malls that mimic the feel of the downtown, outdoor shopping experience, Main Street communities are pointing out the beauty in the authentic downtowns that already exist.

Established by the National Trust for Historic Preservation, the National Main Street Center was created in 1980 with the goal of stimulating economic development while preserving historical downtown areas across the country. The Florida Main Street program began in 1985; Quincy became one of Florida’s original Main Street communities in 1987. Taking the approach of “preservation-based economic development,” Main Street communities partner with other local agencies to preserve historic buildings and to improve the economic vitality of the downtown area. Another big part of Main Street’s role is to provide positive marketing for downtown events that will attract both businesses and the customers who frequent them.

Recent news reports have detailed the tense relationship between QMS and the City of Quincy, as funding for QMS was not approved until only five months were left in the fiscal year, and O’Connell spent a great deal of time her first few months on the job accounting to the City for past expenditures. The funds have since been released, and O’Connell is gracious in her appraisal of the situation.

“There is room for all of us to complement each other—different eyes see different needs and [ways to meet those needs]. We support the city’s events and we hope they support [Main Street] events,” she stated. “We are working toward the same goal: to turn downtown Quincy around. If you can get your downtown going, it will spread out to the rest of the county.”

“We have a hard-working and diverse group of board members,” she continued. “They all remember how Quincy was growing up and want it that way again.”

Since she took on the role of Executive Director last November, O’Connell is proud of the events QMS has brought to town. She commented, “I love being able to center our activities on the square, and now with the clock working again it feels like the old days.” Under O’Connell’s leadership, the monthly Food Truck Friday events have taken on more diversity in both the participating trucks and the bands. Quincy hosted the first Porchfest event in the state of Florida, and continues to hold this annual event on the front porches of the city’s most beautiful historic homes. QMS is planning an old-fashioned Holiday on the Square (though that may be postponed this year because of coronavirus concerns).

O’Connell is also pleased with the new “wayfinder” signs that will be going up around Quincy next month. The signs will point out historic sites and destinations on the downtown area’s walking tour. With the use of an app downloaded to a smartphone, the information can even be read to visitors as they tour the city’s highlights.

Though the coronavirus has put a damper on social gatherings everywhere, O’Connell has not slowed down.

“We have not closed our doors,” she said of QMS headquarters. She is the only employee at the office these days, in a nod to social distancing requirements but also out of concern for her 83-year-old mother, local writer Gwynn Peacock Kidd. Still, she is as busy as ever, participating in conference calls, holding discussions during online board meetings, championing support for local small businesses, and cheering for Quincy.

“Covid changes the landscape for us,” she conceded, “but I think there’s a real charm here. Maybe people can’t see it anymore, or they’ve forgotten what’s here.”

She holds up a brochure from Main Street Florida, a gorgeous aerial shot of Quincy’s courthouse on the cover. In the photo, the sunset-painted sky gives a golden glow to what is one of only three intact courthouse squares remaining in the state.

“That’s the story we’re trying to tell,” O’Connell said while smiling proudly at the photo of her beloved hometown. “Personality. That’s what we’ve got and that’s what we want to keep.”