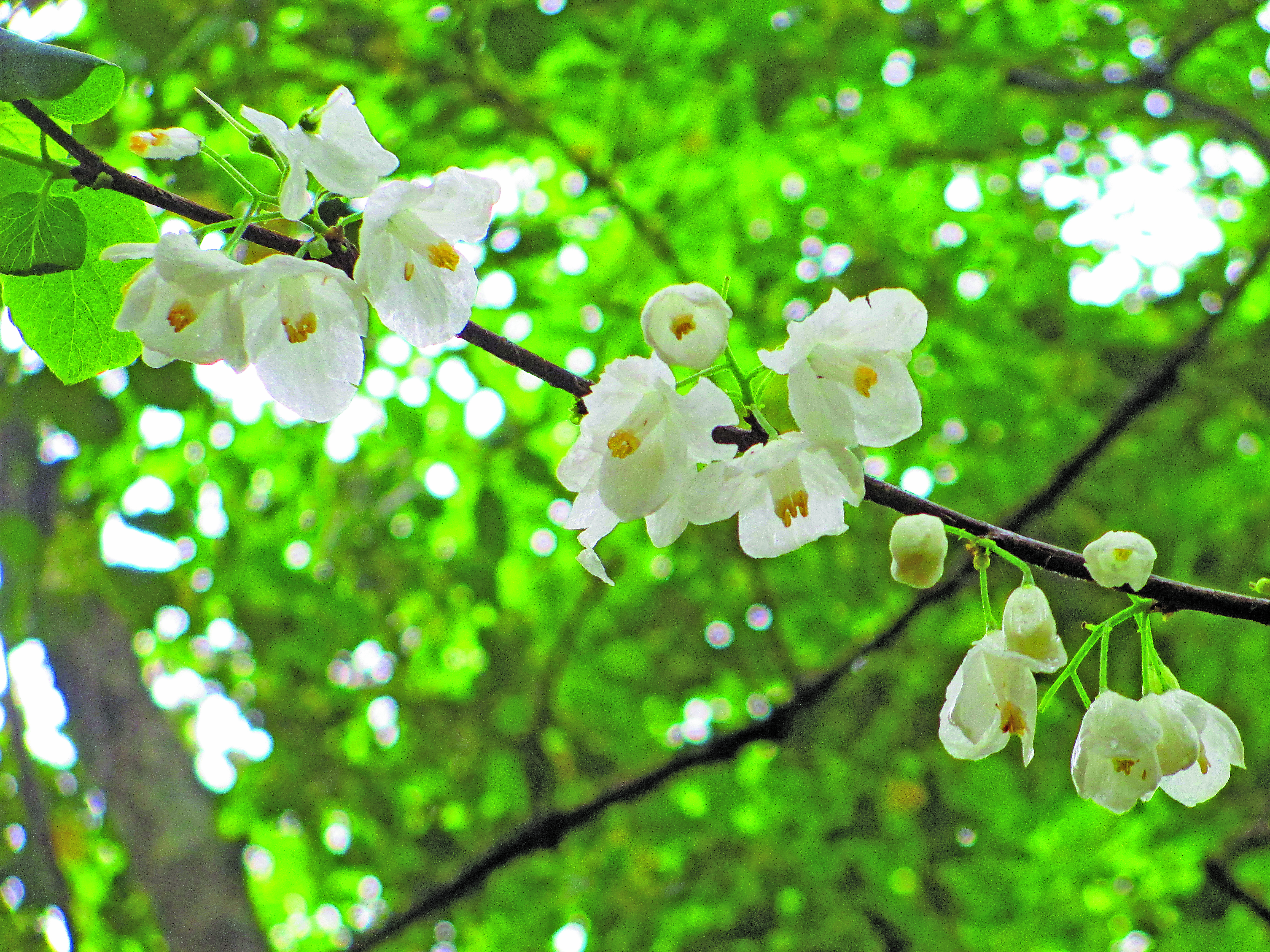 In Quest of Early Bloomers, Pt. 2

OK, here’s what I think: all the forest “early bloomers,” frustrated with these weather patterns not being able to make up their minds what season they want to usher in, got together and collectively decided to force the issue and bloom right now.

If you, dear reader, adhere to the concept of forest trees conspiring against the laws of nature, I refer you to a book titled “The Hidden Life of Trees” – featured in the March issue of Smithsonian – that talks of the “feelings” of trees and how they “communicate” with each other. As for me, I’ll stick only to what I can see on my “walk-a-bouts” in Bear Creek Forest.

All I know is that we won’t see anything quite as bold as the ridiculously-early flowers of the Redbuds until the Beautyberries bear their fruit in the summer. And although the coy Sparkleberries and gnarly Hawthorns have yielded to emerging leaves, there are still plenty of flowers hanging on along the trails, like the “martyred” flowers of the Dogwood and the lifted pinkish-white petals of the bottomland Rain Lilies. Joining them now is a plethora of colors: the reds of the Buckeyes and Anises; the pinks of the Southern “Pinxterbloom” Azalea, and the delicate white-yellow of the Silverbells.

Not to mention the pink teacups of the Mountain Laurels, here at the southern-most extent of their natural range, and the orange-yellow “flames” of the piedmont’s “Flame Azalea”.

Take all this in with a backdrop of the forest cloaked in new-green leaves against the canvas of a piercing morning blue sky and you’ve got yourself an ethereal kaleidoscope on your next hike.

Whether at Bear Creek or some other forest, I hope you will get out to behold the “pomp and glory” of North Florida’s springtime forests … but do it soon before “mother nature,” in a fit of frustration herself, decides to skip Spring season altogether and jumps us right into the sweltering heat of Summer!