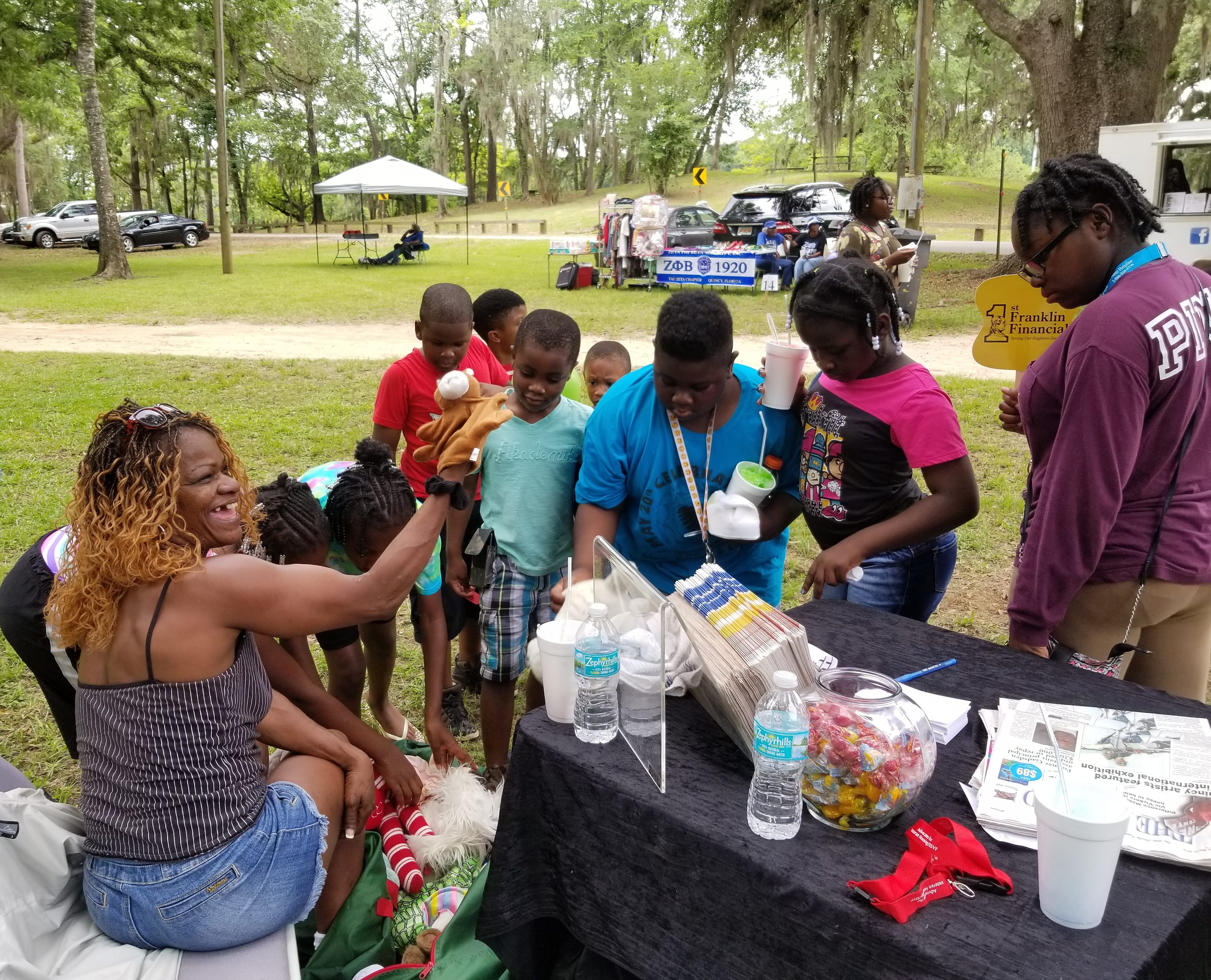 Event organizers estimate about 200 people flocked to Chattahoochee’s River Landing this past Saturday for the first-ever Celebration Chattahoochee event,

“Despite difficult weather conditions, we considered this event a great success,” event co-organizer Rosetta Hylton-Anderson said. “Many of the vendors had long lines, and the participants all had fun. We had about as many people turn up as we expected we would.”

Hylton-Anderson said the event was primarily aimed at raising awareness for the mission of the MLK committee and was not necessarily a fundraiser. She said she thinks the event “broke even.”

The committee’s moniker pays homage to famed civil rights leader Dr. Martin Luther King Jr. and serves as a tribute to “the way he brought people of all races together,” Hylton-Anderson said.

“Our goal is to bring people of all races together in Chattahoochee,” she explained. “There are still racial divisions in this community, but we are working on bridging those divisions by bringing people together through events like Celebration Chattahoochee.”

The nonprofit Dr. Martin Luther King Jr. Committee of Chattahoochee meets at 5:30 p.m. every Thursday in the Chattahoochee Recreation Center, 131 Oak St. Meetings are open to the public and Hylton-Anderson extends an invitation to “anyone interested.”

The committee hopes to follow up on the Celebration Chattahoochee event with a gala fundraiser later this year, Hylton-Anderson said.