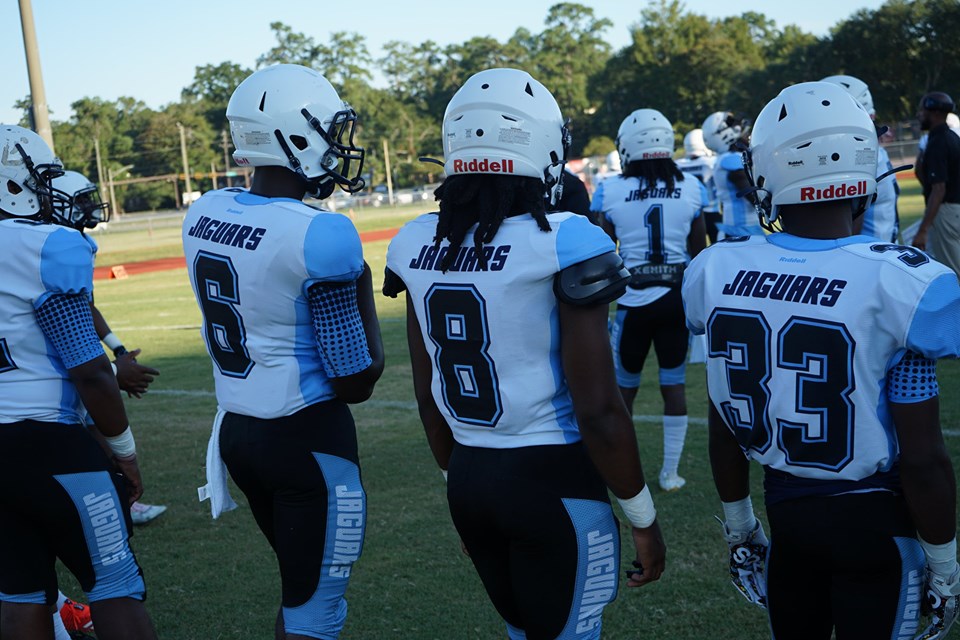 All good things must come to an end, it’s said.

Plagued by frustrating mistakes and turnover after turnover, for Gadsden County High School’s varsity football squad, that “end” came this past Friday – a frustrating end to a four-game winning streak, a sad end to a hard-earned playoff opportunity, and worst of all, a heart-wrenching end to a historic football season. The number three seeded Jaguars were dealt a crushing home field defeat by an impressive number six visiting crew from Bradford. When all was said and done, the score was 21-0, Tornadoes.

Still, with a respectable 5-5 record following a winless 2018 season, there remains much to be proud of for the Gadsden County Jaguars and new head football coach Corry Fuller. Though the team didn’t trek as deeply into the playoff brackets as they would have liked, the fact that they got a genuine, well-earned shot at the post-season – and not by a dubious coin-toss this year – is significant. But such accolades no doubt do little to blunt the pain of Friday’s round-one shutout in the Florida High School Athletic Association’s Region 1-4A playoffs.

After weeks of top-notch performances on the gridiron, this past Friday’s loss to the Tornadoes was certainly a head scratcher. Coach Fuller chalked up the win to “too many mistakes” and “missed opportunities.”

The match began in stalemate, with neither team managing to put points on the board for the first 22 minutes. But Bradford’s 15-yard touchdown gave the Tornadoes the type of game-winning momentum that the Jaguars struggled to find. Down just six points at the half, Gadsden County almost certainly had ample opportunity to turn the tide when they hit the turf once more following the halftime break.

But it was not to be, and three interceptions and more turnovers than anyone wants to remember later, the Jags never hit their stride; meanwhile, the Tornadoes managed to eek out two more touchdowns, despite a solid showing by the Jaguar defense. The Jags forced numerous punts and turnovers out of their opponents, but with the offense’s failure to log so much as a field goal, the Tornadoes only needed to break the Jaguar lines once. To add insult to injury, they did it three times.

Despite the thorough destruction wrought by the Tornadoes to end the season on a depressingly low note, Coach Fuller said he was “fine” with the season overall. Fuller added that it’s “back to work” for his rising gridiron stars.

Here’s to an even greater 2020, as the Jaguars once again try to build a varsity football tradition they can be proud of.