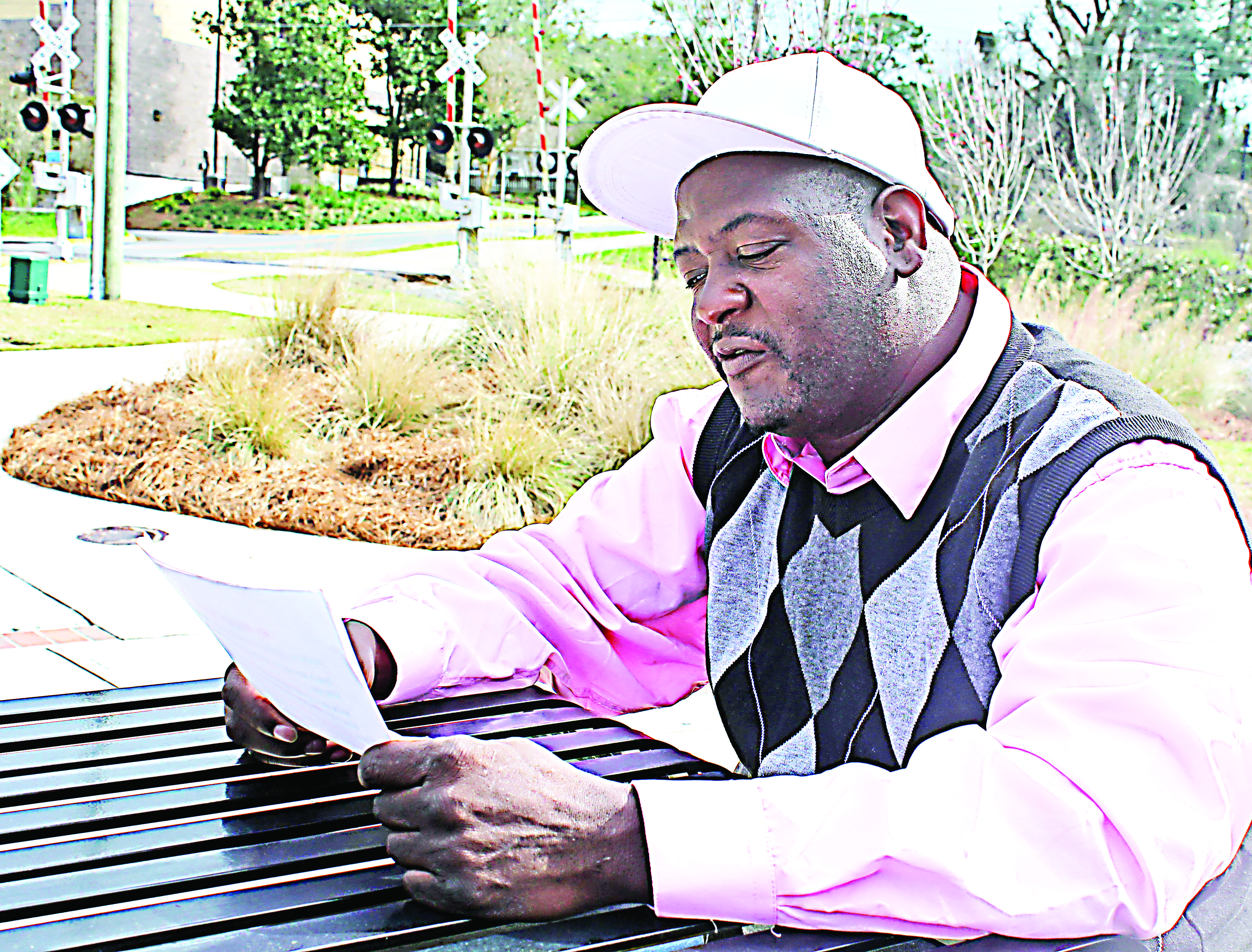 James Lovette: “How poetry transformed me”

For a Quincy native and amateur wordsmith, poetry is more than lyrical passages thoughtfully inscribed on paper.

It’s a personal passion, no doubt, but for James Lovette, writing poetry soars far beyond the realm of “hobby” or “pastime.” Though ultimately indefinable, for the sake of rudimentary description, one might characterize poetry’s place in Lovette’s life as something akin to therapy. Placing pen to paper – laying bare, the soul, through language and rhyme – is indeed “therapeutic” for Lovette, but even this is an inadequate descriptor.

Like manna from the heavens, poetry fulfills a hunger in Lovette that simply defies description.

“Poetry is like water and brings me peace,” Lovette said.

To put it more simply, Lovette explained he uses poetry to express himself and as a tool for coping with negativity in his day-to-day life. Though he has always been creative, Lovette said he didn’t utilize poetry as an artistic outlet until more recently, when a difficult chapter in his life caused him to reflect and become more acquainted with who he truly was. He began to turn to poetry as a means of expression after his divorce, he recalled.

“I started to notice a lot of others in my surroundings that had negative energy and were depressed. I thought that it’s time to look around us, wake up and smell the coffee,” Lovette said.

Spurred by change and ignited by determination and resolve, Lovette began his poetic journey in 2012.

“I was getting to know the roots of myself and wanted to express that. I wasn’t given love and affection from the people I was surrounded with,” he recalled.

As Lovette became closer to his family, love became the focus of his writings. And as for composition – weaving language to express love, as he felt it – Lovette said he looked to some of history’s great wordsmiths.

Lovette read a lot growing up and said he admired the oratory of the late Muhammad Ali, particularly his boldness in word choice. Though he didn’t have a traditional mentor in the arts, Lovette said seeing the works of Tyler Perry inspired him to put himself out there more.

Beyond personal expression, Lovette said he was also driven by a desire to serve as a role model for others, noting there is “a lot of talent” in his family. He decided to pursue his poetry, in part, in hopes that his younger kin would follow suit.

“Well, let me break the barrier,” Lovette reasoned. Partly as a result of his poetry, Lovette said his nephew is showing an interest in rap/hip-hop – a rhythmic, lyrical musical genre rooted in poetry.

“My nephew is very creative; I didn’t know he was going through a lot of pain, so it was a wake-up call for me to hear him speak out,” Lovette said, adding that he hopes his interest in poetry encourages other family members to speak out more, as well

Never satisfied with the status quo, Lovette continuously seeks to hone his craft and said he has grown a lot since he started writing – not just in terms of composition, but on a personal and interpersonal level, as well. He said he now has a more “evolved” understanding of how to communicate with others more positively.

“My vocabulary changed, and my attitude has changed for the better. Something deep inside I had to learn about myself first,” Lovette said.

Lovette describes his writing process in simple terms: “I don’t really plan, I just listen to what I’m feeling, gain an understanding, and write it.”