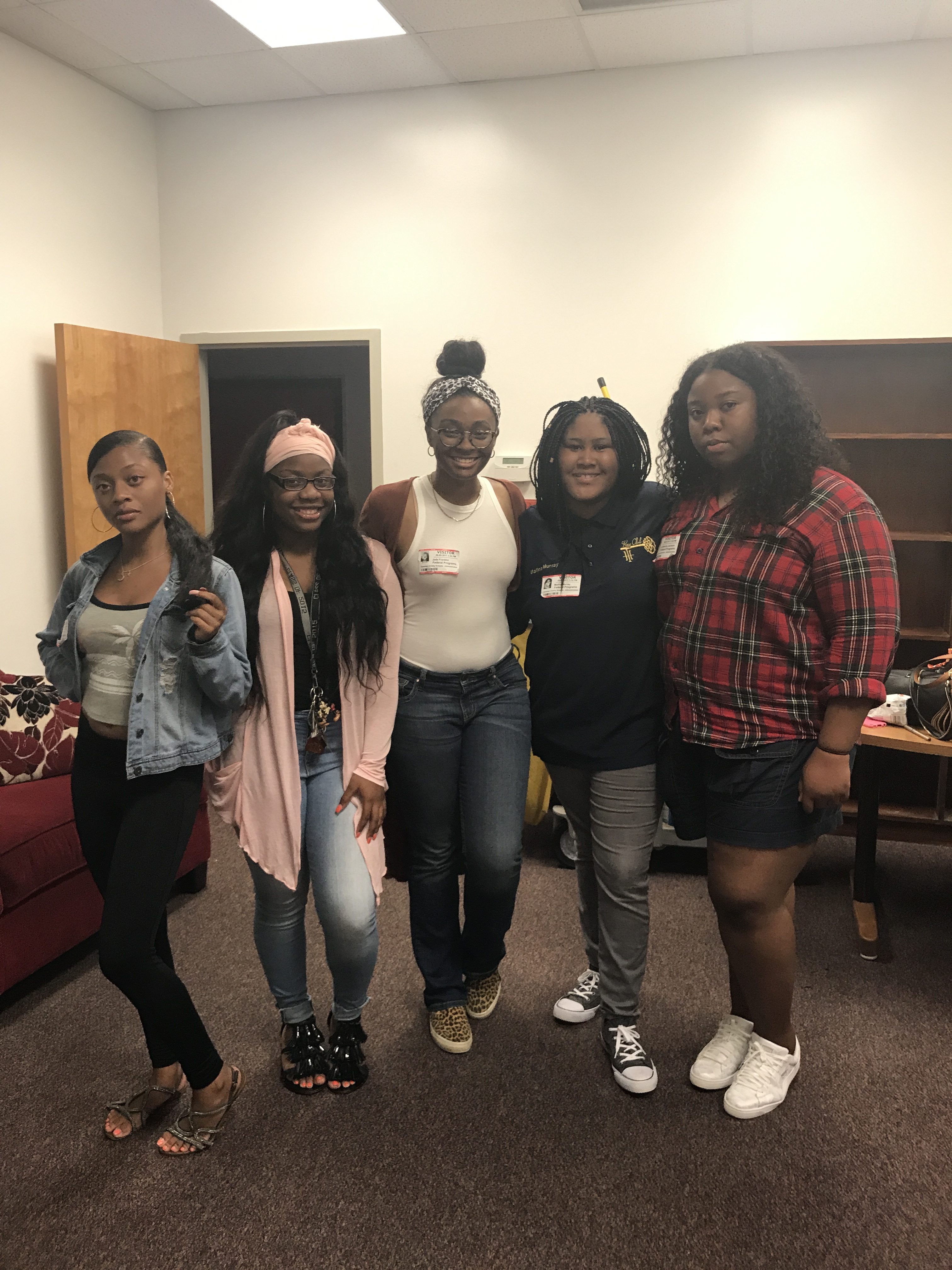 According to school officials, the combination of regular classroom instruction by Munroe’s teachers and one-on-one tutoring from the girls of G.R.E.A.T. proved to be the one-two punch the school needed to boost its state assessment grade from an “F” in the 2016-2017 school term to an “A” the following  year.

Teachers at George W. Munroe seem to concur, as many have expressed earnest appreciation for the student-tutors, adding they hope to see them return for another year of service.

“Having the G.R.E.A.T. girls afforded the students the opportunity to have individualized instruction so students could get the necessary one-on-one assistance needed,” Munroe third grade teacher Bridget Franklin said.

Munroe after-school site coordinator LaTanya Rollinson added, “The girls gave the students a sense of pride and allowed them to boost their self-esteem. I hope they will be back for another year of service.”

As for what sparked the unique program, Jade Franklin, G.R.E.A.T. leader and senior class president at Gadsden County High School, said she was eager to create a mentoring program in Gadsden County. She added her enthusiasm for the project is thanks in large part to mentors in her own life.

“I was privileged enough to have great men in my life give me guidance, wisdom and knowledge on the crucial aspects of life they knew I would need,” Franklin said. “As a middle school student at James A. Shanks, I attended the [after-school program], where I was often enlightened by Mr. Tyrone Smith. He taught me many things, but one thing he shared that stuck was that education is the most powerful weapon I could ever possess. From that moment onward, I placed a great value on my education.

“I was also taught, mentored, enlightened, and motivated by Mr. Luc, the youth pastor at my church, who has helped a great deal in molding me into the young lady I am today.”

Franklin said when she entered high school, she noticed many of her peers lacked the same strong foundation with which she was blessed. Hoping to change that, Franklin “rounded up” four of her friends “to think of a solution.”

“We decided that Gadsden County could use student mentors and tutors, and we would give them just that,” Franklin said, adding she and her friends “decided to be the change they wished to see.”

Malina Murray, one of Franklin’s classmates at Gadsden County High and co-founder of G.R.E.A.T., shared similar sentiment and motivation. Murray said she was eager to begin servicing her community and was “even more stoked” to see how she could help the children at George W. Munroe improve.

“When the girls and I started this journey we were all looking forward to bettering children’s lives, giving them hope, and letting them see that through education greatness can be acquired, and I think we did just that,” Murray said.

“Of course, improving the school’s grade was in mind; I just did not expect it to go from an F to an A so fast. However, it did, and I’m glad to have been a part of so something spectacular,” Murray said.