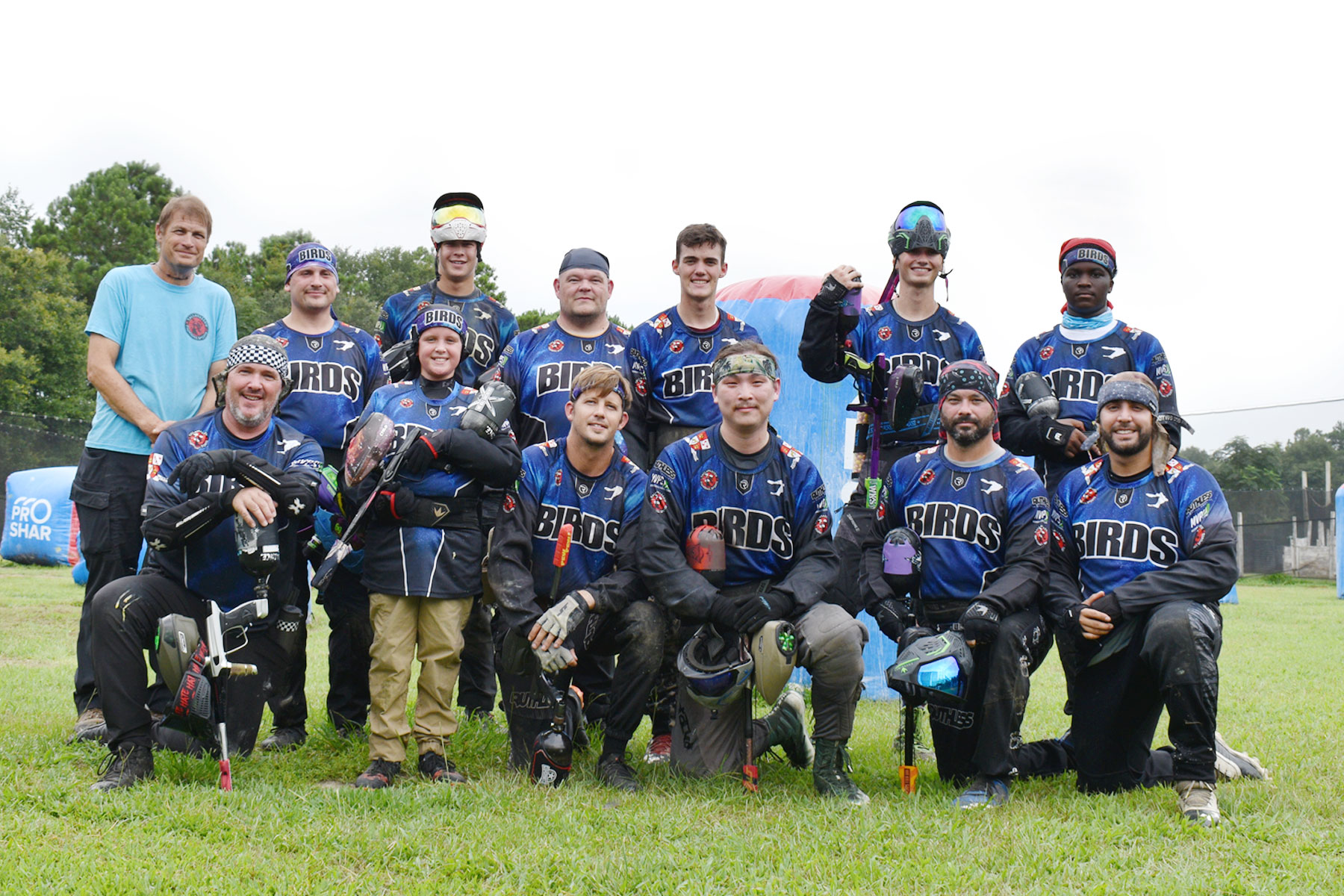 The sound of multiple shots echoed as the splat of exploding paintballs made impact with their intended targets.

During the game, the Birds of Prey-Ravens, from Gadsden County, were suited-up in their signature blue, black, and white team jerseys, while playing a fierce practice game on the Tallahassee Paintball Sports Field, located in Havana.

The game of paintball was part of the Birds of Prey-Ravens’ preparation for an upcoming weekend at the Maximum Velocity Paintball Series tournament they traveled to in Kissimmee, Florida.

Eyler explained the meaning behind the facility’s name.

“I named it Tallahassee Paintball Sports, LLC because I and many of the athletes drove from Tallahassee to the Monticello sports field to play,” said Eyler.

He owned and operated the Monticello business until 1999, when he decided to close it and subsequently sold the paintball equipment.

Eyler loved the sport of paintball so much that after a few years passed by, he said he began to miss it.

By the fall of 2002, he was back at it again and re-opened, Tallahassee Paintball Sports, LLC., this time as a private field at his home, where he allowed tournament paintball athletes to practice.

He continued to manage this private field for several years, up until the year 2016, when an opportunity for a land purchase arose, bringing the sport of paintball to Havana.

Eyler now has a successful divisional competitive paintball team, the Birds of Prey-Ravens, that consider the Havana field their home base.

“We are not pro-players. We have a long way to go before we can call ourselves pro,” said Birds of Prey-Ravens teammate, Jay Cowell.

On August 14, several of the paintball team’s athletes headed to the regionals, which took place in Kissimmee.

According to Elyer, this was the first time in the quarter finals stage of the tournament, and the team finished the tournament overall in the seventh place of the Maximum Velocity Paintball Series.