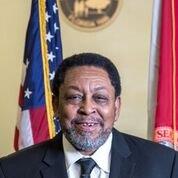 “The City of Midway mourns the loss of a community leader and friend. We are heartbroken by the passing of Councilmember Charlie Smith. Charlie leaves behind a wife and four beautiful children.

“Charlie accomplished many things for our city as a business owner, public safety ex officio, and volunteer citizen on patrol. All who knew Charlie knew of his passion for our city and the well-being of its people. He will truly be missed. Our prayers are with his wife Jeneice and sons Milo, Demarcus and daughters Keeva and Sarah. May God comfort them through this incredibly difficult time.”

Born and raised in Midway, Smith was first elected to the Midway City Council in 2007 and subsequently re-elected in 2011 and 2015.

He attended the public schools of Gadsden County, where he graduated from Havana Northside High School in 1967.

Smith served in the Army as a Communication Specialist stationed in Germany and Vietnam. He reached the rank of Sergeant 1st Class before being honorably discharged.

Smith was previously employed by Florida State University in the electrical shop and by Strickland Electric Company of Tallahassee for 14 years as a Journeyman and a Master Electrician.

Smith was the president and owner of Smith’s Electric, which he opened in 1985.

He was a master electrician with over 35 years of experience in the field of electrical contracting.

Smith was recognized in 1994 by the city of Tallahassee as one of four outstanding entrepreneurs of the year honored during “Small Business Week,” May 1-7, 1994.

He is MBE certified by the Department of General Services of the State of Florida. Smith served on the board of Habitat for Humanity and has worked for many years as a Habitat volunteer.

Smith was a founding member of the Midway Chamber of Commerce and served on the board of directors.

He was a member of New St. John A.M.E. Church in Havana, Florida, where he served on the Trustee Board and the Senior Usher Board.