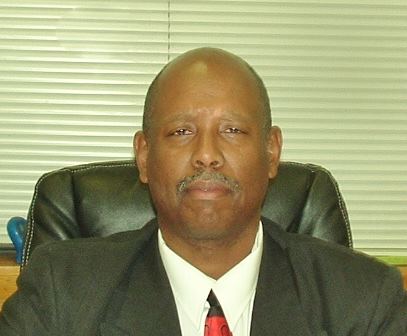 After hearing a presentation by Shaquan Cockran, a Midway planning and zoning technician, about the alleged code violations the company had committed, and its continued flouting of those rules, the council voted three-to-two to suspend any further construction permits for the company.

The company’s owner, former Midway City Manager Auburn Ford, claimed the vote was a politically-motivated attack on his livelihood, but gave minimal testimony in his defense, saying the truth would come out in court.

Ford has previously said that he has hired a lawyer and is filing a lawsuit against the council.

“I’ve been so cordial with y’all and I am being harassed,” Ford said in front of the City Council. “That’s what this is all based on: harassment. I’m not being treated the same as everybody else.”

The allegations against Ford’s construction company include: cutting down trees without a permit late at night; expired permits; no work being done on projects for up to six months; failed inspections; and applying for permits for a property he didn’t own.

“My main goal is to have him come in to compliance,” said Cockran, as she held up a stack of 20 certified letters, each letter representing a different code violation sent to Ford requesting he come into compliance. “He told me today that he was not going to accept anything certified in the mail from us at all.”

Ford also continued to work on a property the city had ordered him to discontinue work on, Cockran said.

The City Council was persuaded by Ford’s insistence he not defend himself at the meeting because of his plans for litigation against the city.

“He was the city manager; he knows the rules,” said Stevens. “This can’t continue in our city. He cannot continue to pull permits in our city and not follow the rules.”

Ford was adamant these allegations were not true.

“They are not telling you the truth,” Ford said. “I am in compliance.”

Ford argued that one of the complaints that claimed he had not done any work on a project was inaccurate because it was a rehabilitation job, which wouldn’t see regular progress like on a typical housing job.

Despite Ford’s insistence the dispute be settled in court, members of the council tried to make it clear to Ford that the regulation was not a personal attack on him.

“The only thing we’re trying to do is set a precedent,” said Colston. “We want to show that anybody that comes here and wants to do business, they have to do it properly. There’s a lot that needs to be done.”