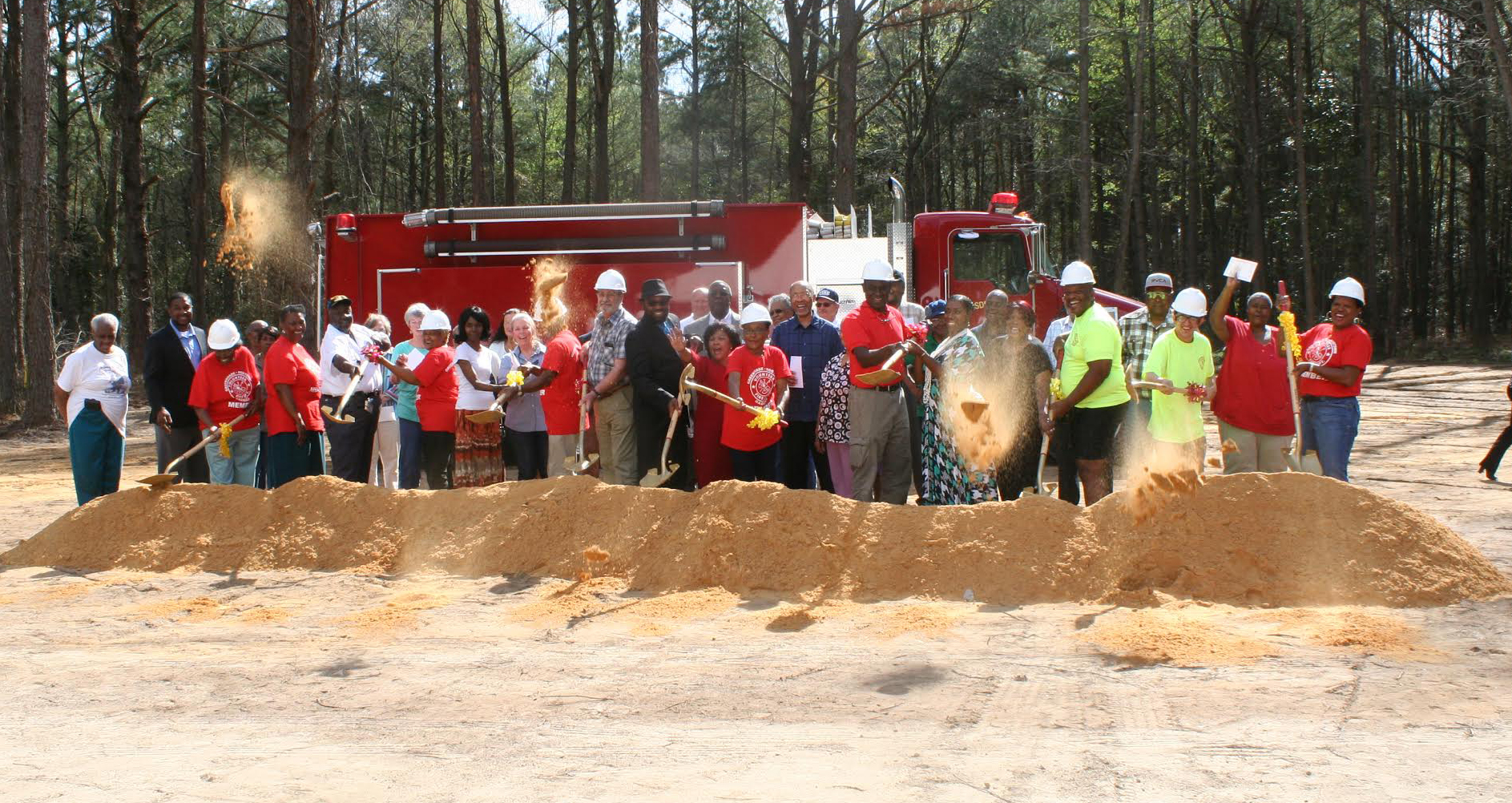 Breathing new life into a project nearly 15 years in the making, last Thursday there was a groundbreaking for a new fire station on Salem Road in Quincy for the nearby Dogtown and Greenshade communities to be called the Greenshade-Dogtown Volunteer Fire Station.

“In those Dogtown and Greenshade areas, there is not a fire station for five miles and with the expected arrival times of emergency help, there hasn’t been enough time to save homes in that area when fires break out,” said Brenda Holt, chair of the Gadsden County Board of County Commissioners.

Over the years there have been a number of fires in that area that have totally destroyed property because of slow response times, including one fire in the area that claimed four fatalities.

Area residents are hoping that the new fire station helps change all that.

“I had a family member’s house that burnt down a few years ago about 500 feet away from here and I also had a nephew that died in a fire three years ago,” said Angeline Fryson. “We were all running, grabbing buckets and hoses and stuff, but we couldn’t do anything but just stand there and watch it burn down. Now we got something that’s right here.”

Greenshade-Dogtown Fire Chief Kirk Douglas said the community has been eager to get its own fire station.

“Because of previous fires, it sparked a flame in the heart of this community to get a fire station of our own,” Douglas said.

This new fire station completes the fire coverage in Gadsden County, meaning there is no longer any areas without a nearby fire station.

Gadsden County Commissioner Anthony Viegbesie, a leading proponent of the project, said he is going to push to get the fire station completed by the end of April.