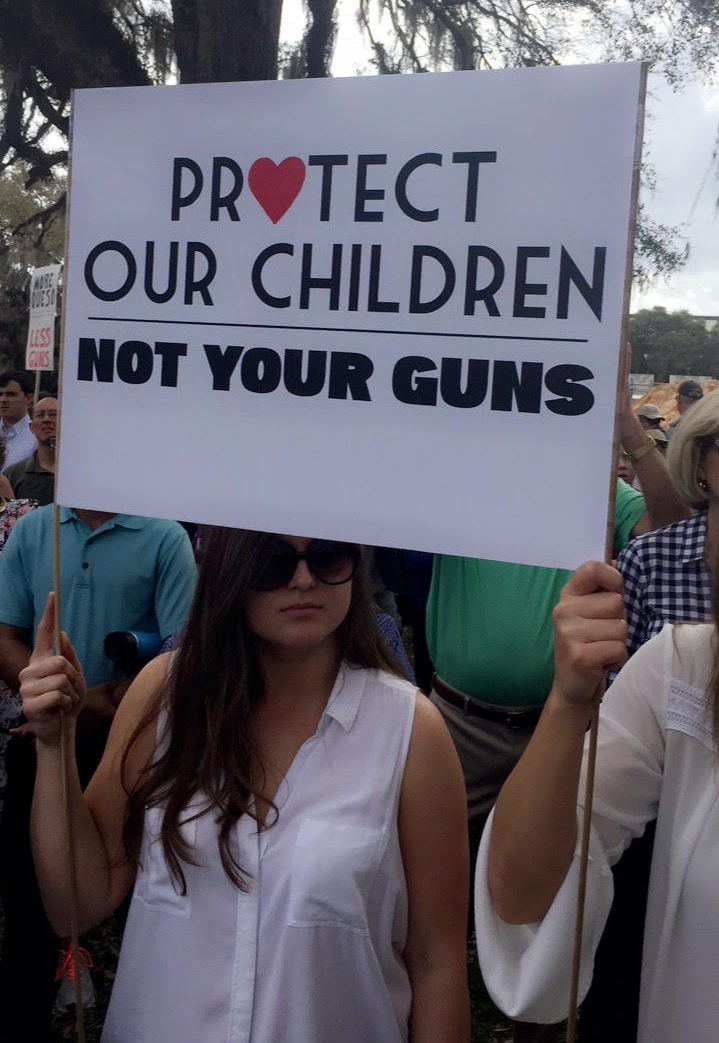 So much has happened regarding the issue of school safety in the last few weeks.

“Who’s next?” “Never again!” “Ban AR-15s!” “Protect our children, not your guns” were some of the things heard shouted at the rally by more than 3,000 citizens gathered at Florida’s Capitol in Tallahassee last Wednesday.

This rally followed the mass shooting that occurred on February 14 at Marjory Stoneman Douglas High School in Parkland in southeast Florida.

Seventeen people were killed and fourteen suffered injuries after being shot by 19-year-old perpetrator Nikolas Cruz, who was arrested shortly after the shooting and confessed to the Broward County Sheriff’s Office.

Since this tragedy, schools close to Gadsden County have had threats sent to them including Godby High School, Nims Middle School and Second Chance at Ghazvini Learning Center — all in Leon County.

This has parents of students in the Gadsden County community scared, as Gadsden County parent Omesha James articulated in a Facebook post, ‘’It’s getting closer to us.’’

Gadsden County parent Lisa Gaines added in a Facebook post, “I send my children to school to gain an education, not to worry about getting shot.”

“We will be enhancing security within the schools, being more proactive, giving safety tips to our students as well as staff members, and our officers have been going through training to ensure the safety of our county,” Hightower said.

Bruce James, coordinator for school safety and safety investigations for the Gadsden County School Board, wants parents and students to know that the School Board is taking proactive measures to assure student safety.

“We are ensuring all schools are conducting drills to prepare in case of emergency and we are working very closely with local law enforcement as it relates to school safety for things to do in case of a shooting,” James said.

Gadsden County Schools Superintendent Roger Milton told WTXL he would not be comfortable with anyone except law enforcement carrying a weapon at his schools, as he worries a gun could get into the wrong hands if it’s not properly secured.