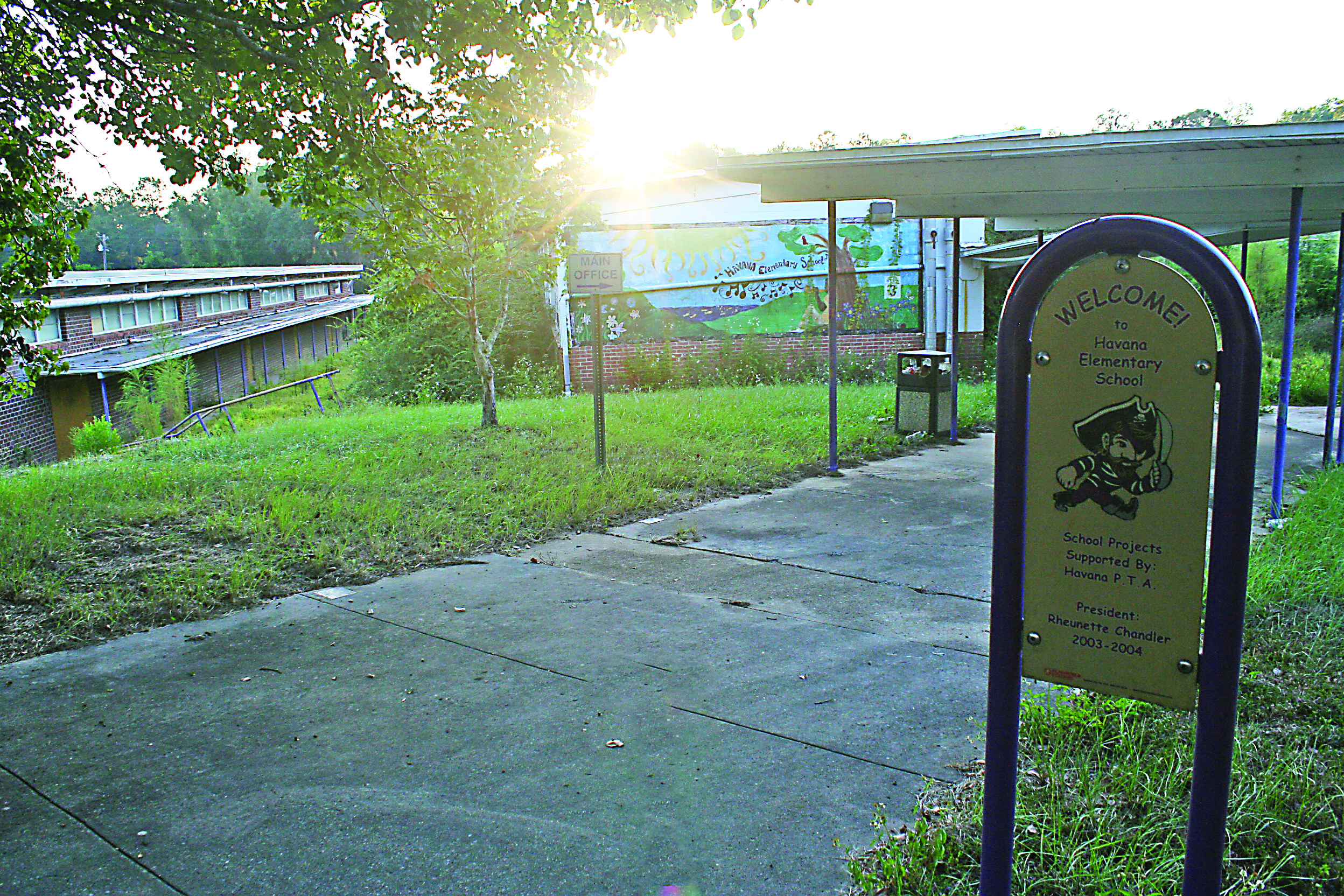 As the morning sun slowly inched heavenward, its rays coyly beginning to peek above the tops of the old-growth pine stands shrouding the horizon, the hilly, history-drenched grounds of the former Havana Elementary School were eerily quiet.

Where for decades the raucous laughter, excited squeals and marching feet of countless children permeated every walkway, every ball court and every doorway, now only the steady drip of condensation from tin walkway covers and an occasional screech from an agitated mockingbird interrupted the haunting silence of the early morning. Having now sat fallow for several years – just one of several shuttered, weed-choked public school campuses blighting the landscapes of multiple Gadsden County communities – the old Havana Elementary School, 705 U.S. Highway 27 S, may be on the cusp of experiencing a new dawn, as a group of private developers considers breathing new life into the place where so many area residents experienced their first day of school, met lifelong friends and learned to read and write, among countless other life “firsts.”

But what a potential “new life” would look like may yet be undetermined, and the developers – GrowthWorks Development Partners, LLC and the Bhaasket Corporation – invite local residents to weigh in on the future of the Havana Elementary School campus at a community meeting, from 6 p.m. to 7:30 p.m., this Monday, September 30 at the Havana Public Library, 203 East Fifth Avenue.

The purpose of the meeting, according to a spokesperson for the developer-meeting hosts, is to “discuss redevelopment plans for the former Havana Elementary School site” – more specifically to “collect input and ideas from the community that will be considered for inclusion in the development masterplan.” There will be a short presentation at 6:30 p.m. with a question-and-answer period to follow. Light refreshments will be provided.

Among the topics up for discussion Monday evening, a news release issued by the developers states: renovations at the former Havana Elementary School, overall site development concepts, current and proposed land use amendments, community access and walkability, landscaping and site beautification, and possibly others.

According to state records, Growthworks Development Partners, LLC – one of the meeting hosts – is based in Midway, with Robert E. Nixon listed as the registered agent. IICE Bhaasket Properties, LLC is a Florida-based company managed by Raju Bashkar, according to state records; the company filed as an LLC with the Secretary of State’s office two years ago, according to records, and is one of several interconnected properties headed by Bhaskar.

For more information on the Havana Elementary site redevelopment meeting, contact the project spokesperson at byronspires51@gmail.com or (850)-545-0454.

Published in Community, Havana and Schools