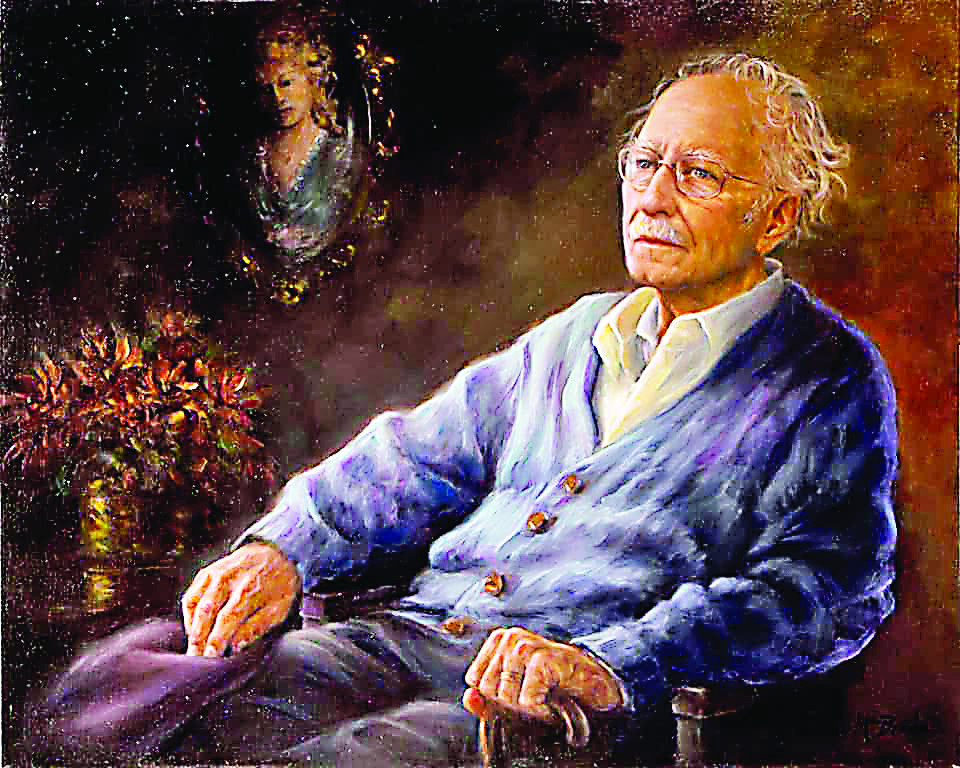 Portrait by Havana artist a finalist in prestigious international competition

Acclaimed artist D. Arthur McBride’s Havana studio has long been a favorite haunt for art lovers from around the Big Bend region, but lately her richly hued, hauntingly realistic paintings have garnered the attention of a decidedly harder-to-impress crowd, some of whom hail from the other side of the globe.

Some of the art world’s most discerning critics recently selected one of McBride’s works – “Memories of His Own” – as a finalist in the highly prestigious 14th International ARC (Art Renewal Center) Salon Competition, which draws entrants from around the world, vying for a coveted spot among the best artists in the modern trade, and the fame and fortune that accompanies the high honor.

Of 4,300 entries from 73 countries, only 1,500 qualified as finalists in the extremely competitive contest. Among them, McBride’s  “Memories of His Own,” a vivid, sumptuously textured oil painting on linen from 2016.

“Although I was not one of the winners, being one of the finalists was a ‘win’ for me,” McBride wrote in an online post. “I feel very honored!”

Among competitions and exhibitions dedicated to 21st century realism, the International ARC Salon is the largest in the world in terms of entries, and the most diverse in terms of categories and international participation, according to the Art Renewal Center, the nonprofit and web-based art museum that oversees the annual contest. This makes the International ARC Salon Competition the most influential and far reaching competition for contemporary realism in the world, offering over $100,000 in cash awards and international recognition through partnerships with prestigious magazines, galleries and museums, with live exhibitions and a strong online presence, an Art Renewal Center news release states.

McBride’s entry, “Memories of His Own,” was named a finalist in the competition’s “portraiture” category.

“This important genre first thrived 5,000 years ago in ancient Egypt. Since then it has always served as more than just a visual record and has been used to demonstrate power, importance, virtue, beauty, wealth or taste; but most importantly, portraits are intended to capture the soul of the sitter,” competion officials explain.

Like the “portraiture” discipline in which she specializes, McBride boasts a long, proud artistic history – reaching back to adolescence in a traveling military family that held a deep appreciation for painting and the arts.

“I completed my first painting at age 13 at my mom’s elbow and continued to paint and draw through my teen years,” McBride recalled. “My mom always had a keen interest in painting and continued to do so until her vision and health prevented it in her early 90s.”

After high school, McBride attended Rutgers University, earning a bachelor’s in natural science. Later, she earned a master’s in science education from Nova Southeastern University and began teaching high school science. But art and painting remained McBride’s first love – a passion that refused to be snuffed out by a busy life as a mother and educator.

“Throughout this time, painting remained a hobby, but one day I was asked to teach a painting class for a small group in Carrabelle, Florida in 1979. And thus began my teaching career in art,” McBride said.

McBride continued to teach evening art classes in Carabelle for nine years, until 1988, when she moved to Tallahassee. Four years later she moved to a rural area just outside Havana and continued teaching classes in a small studio on her property.

“Word of mouth was my only advertising. Those were the first steps toward doing what was to become my burning desire in life: painting and helping others to enjoy the same,” McBride said.

To view all the finalists and winners from the 14th International ARC Salon, visit artrenewal.org/events/14th-arc-salon-competition/