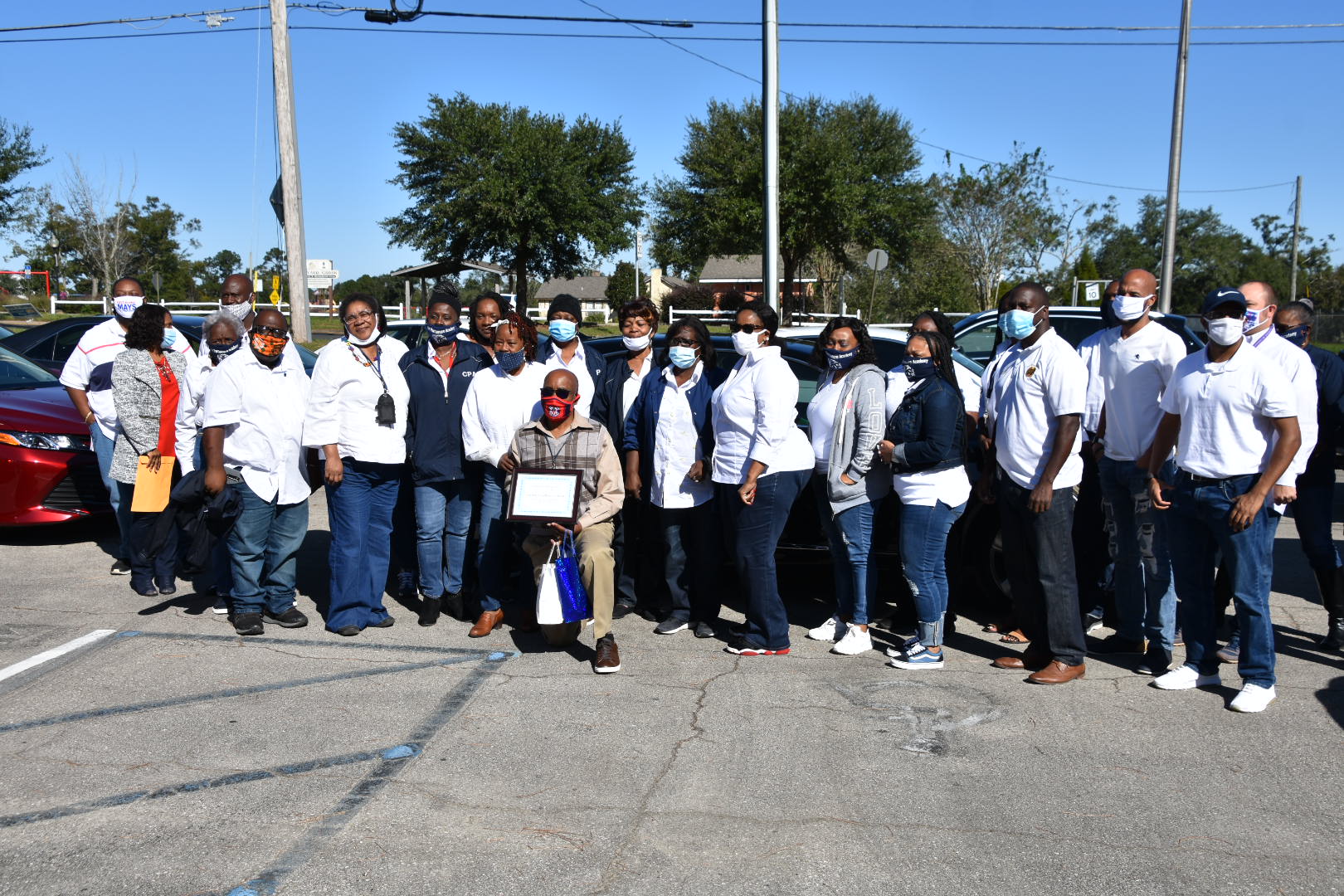 With the election of a new Gadsden County Superintendent of Schools, the school district will be saying goodbye to Roger Milton, who has served as the county’s school superintendent for the last four years.

At the beginning of the 2020 election season, Milton announced that he would not be running for reelection, opting to focus, rather, on spending more time with his family and stepping away from the public eye.

Prior to being sworn in as the Gadsden County Superintendent of Schools in November of 2016, Milton had also served children and families in Gadsden County as the school board member for District 5.

In honor of Milton, who will be stepping down once the newly elected superintendent is sworn into office, the staff at the Gadsden County School District and Carter-Parramore School hosted a celebratory farewell parade in front of the school district office on Monday, November 2.

The parade, which was a complete surprise to Milton, allowed the gathered group of educators to wish Milton the best as he stepped into retirement.

“I did not know anything about this, but it fills my heart with joy. I certainly appreciate this moment,” said Milton. “I don’t take this moment lightly, Thank you so very much.”

Milton added that, due to COVID-19, the Gadsden County has had parades for everything from school graduation honors to mask distributions and virus testings – but he had never imagined a parade being thrown in his honor.

“I am a public servant. I am so used to giving and all of a sudden, I am being given back to.”

Milton also took the parade as an opportunity to remind the school district staff and Carter-Parramore educators of the purpose each one of them pursued in Gadsden County, saying that the only reason he – and other educators – had a job was for the benefit of children.

In that same breath, Milton promised to continue being a present face in the community.

While retirement is now on the horizon and a new superintendent will soon be taking the helm, Milton says he has no plans to step away entirely.

“I’m not going anyplace,” said Milton. “I don’t know what I am going to do, but I do know that I will still be local.”

The 2020 election results showed that the new Superintendent of Schools for the county will be newcomer Elijah Key, who previously led Chattahoochee Elementary School as its principal.

Published in Community, Government and Schools