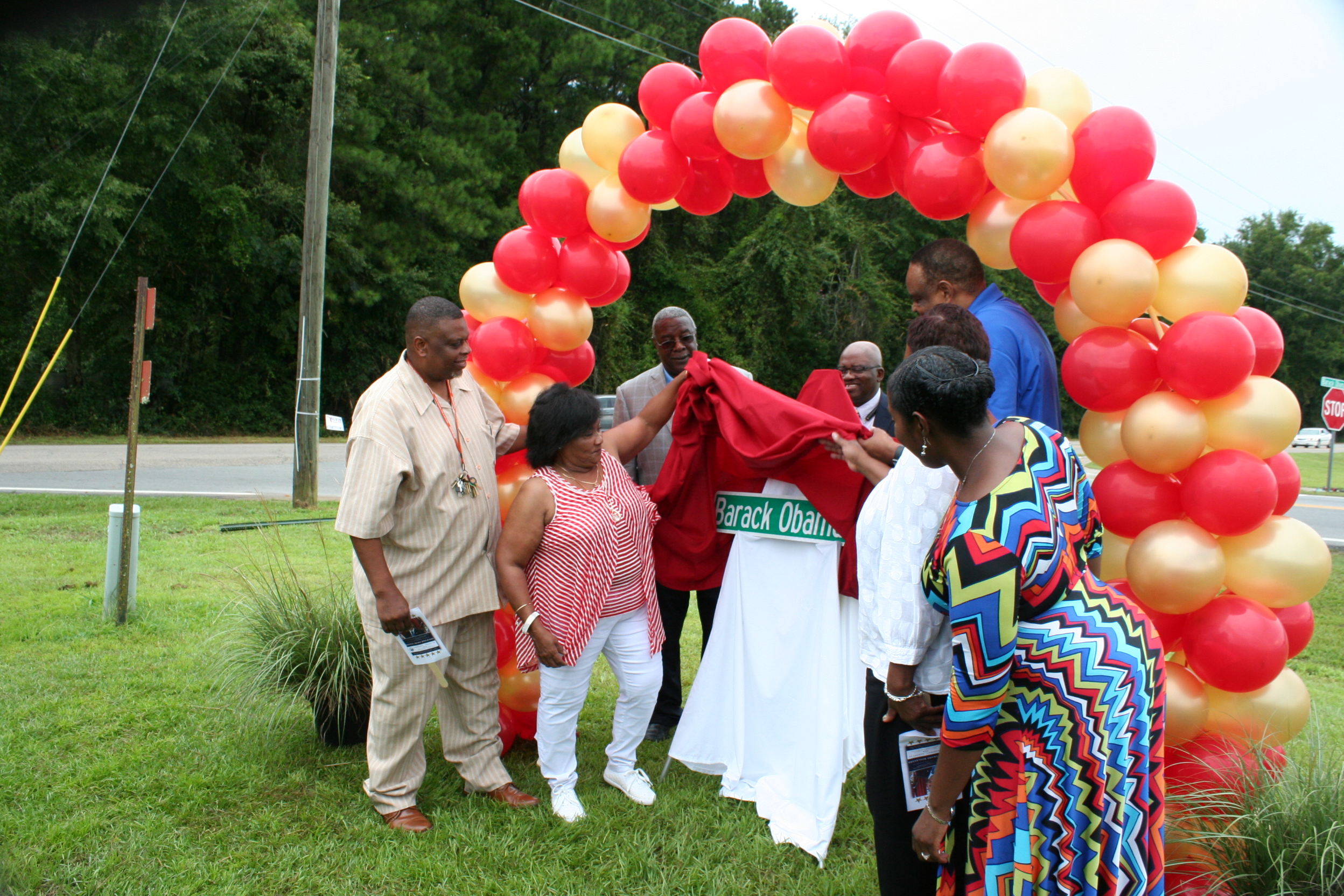 In a fitting tribute for Gadsden County – the only majority African-American county in the state of Florida – last Thursday afternoon the Gadsden County Board of County Commisioners dedicated a Quincy street by unveiling the sign for its new name of Barack Obama Boulevard. The street is named after former President Barack Hussein Obama, the 44th president of the United States – and the first and only African- American to be the U.S. president. The street that will be named Barack Obama Boulevard used to be known as South Atlanta Street. Barack Obama Boulevard will cross Martin Luther King Jr. Boulevard. Gadsden County Commission Chair Brenda Holt announced at the ceremony that there are plans to install a roundabout with special lighting and greenery at this intersection. The genesis of this project goes back to March of 2017 when Holt came up with the idea and began pursuing bringing it to fruition. Holt was the event host at the dedication ceremony and gave remarks – along with Quincy Mayor Angela Sapp, Quincy Mayor Pro-Tem Keith Dowdell and Al Lawson, Gadsden County’s Congressman. The Reverend Charles Morris of New Bethel African Methodist Episcopal Church in Quincy did the invocation. Holt said she hopes the street dedication and beautification project will help inspire all the young people in the county. “When they see that sign, our young people can hope one day that they can be president too,” Holt said. “I don’t have to be wealthy. But, one day, if I work hard enough and I try hard and aspire, I can become President of the United States.” Obama now has 12 streets in America named after him, including six in Florida (in Opa-locka, Orlando, Pahokee, Quincy, Riviera Beach and West Park). Patricia Tennell, of Quincy, who attended both of President Obama’s inauguration ceremonies in Washington, D.C. in 2009 and 2013 said “this was a monumental day for Quincy and Gadsden County.We’ve been waiting for this day for a long time.”

Published in Pictorial and Quincy