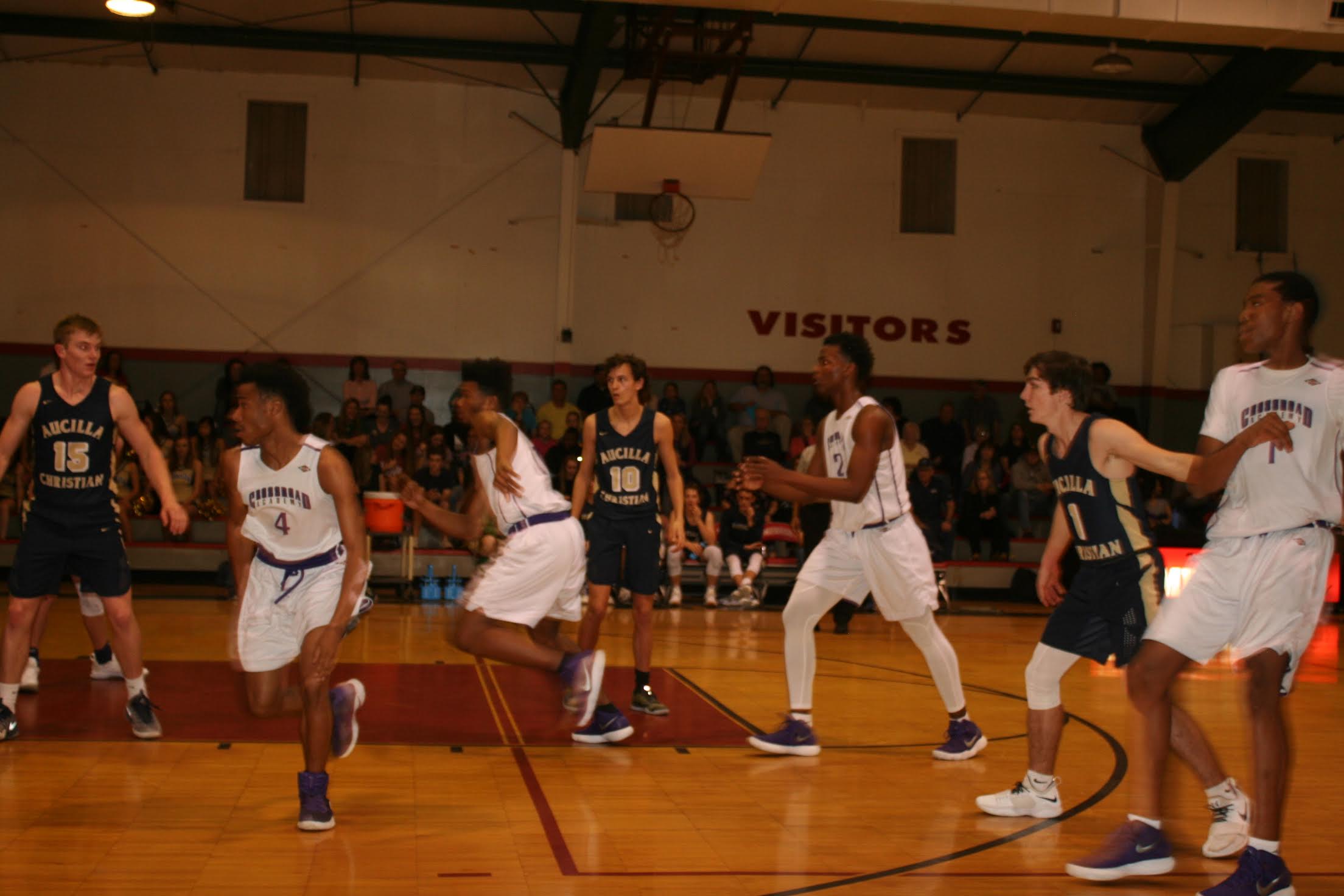 Scorpions in state playoffs in first year in state competition

Crossroad Charter swept through the District 1-2A boys’ basketball tournament at Munroe last week and will advance to the Region I state playoffs, where it will host Eagle’s View Academy of Jacksonville at 7 p.m. in the Ferolito Center tonight (Thursday).

Crossroad jumped out to a large score at the beginning of the game and kept things well spaced during play.

Dedric Streeter had a 21 point-10 rebound game to lead the Scorpions in both categories against the Lion.

Crossroad then met Aucilla in the district final on Friday night, and the Scorpions trailed 12-6 after a quarter.

The Scorpions, however, took an 18-15 lead by the half and nudged it to 28-20 at the beginning of the fourth quarter.

Martin topped the Scorpion scoring in the game with 16 points while Streeter put in 13 points and again topped the rebounders with 16 claimed caroms.

With the two tournament wins, Crossroad upped its record to 20-6 and await Eagle’s View, a team that brings a 14-9 record into tonight’s game.

The winner of this game will meet the Impact Christian-Aucilla winner on Tuesday for a chance to go to the State Final Four in Division 2A.