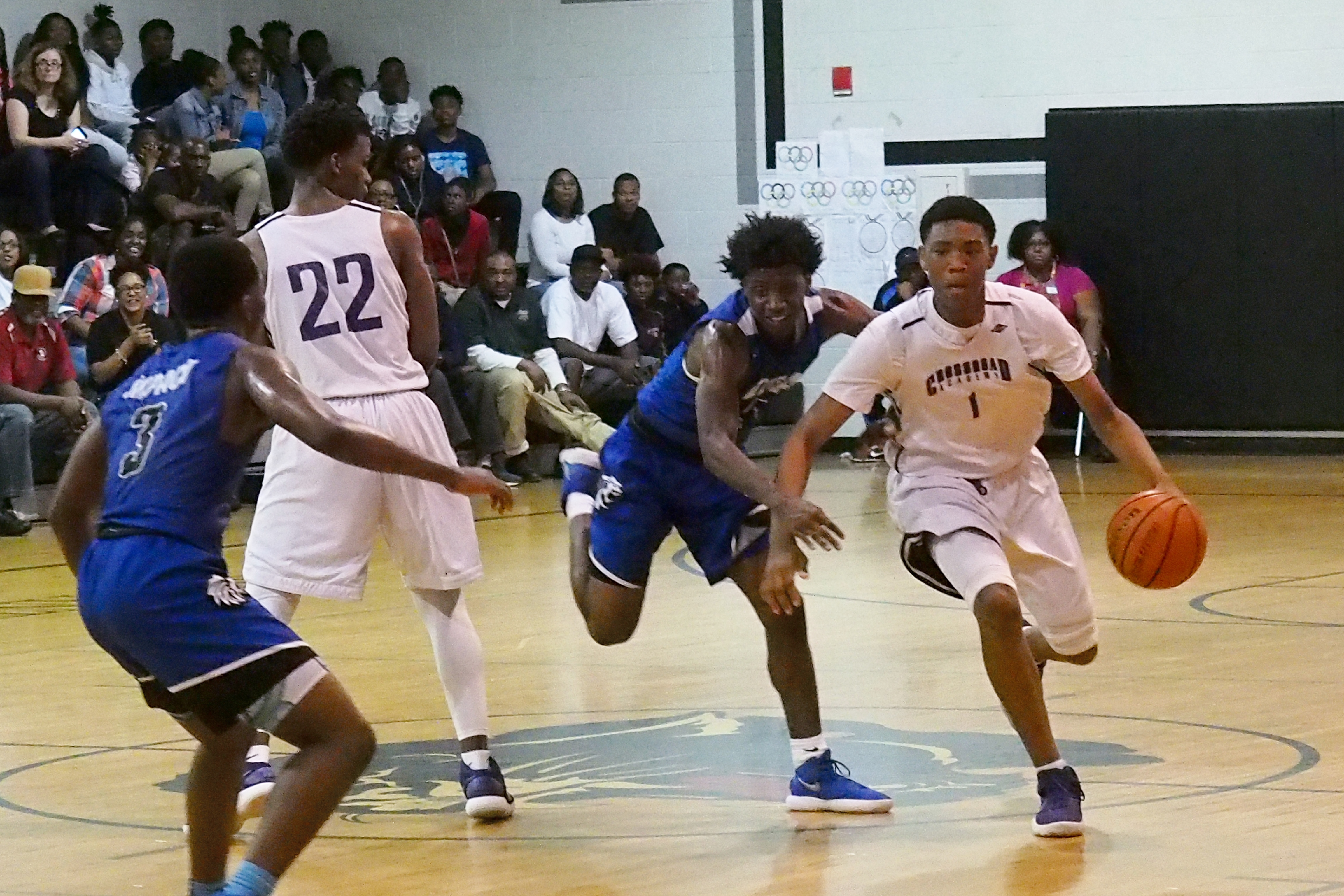 A tall, talented and deep Impact Christian School basketball team from Jacksonville came to the West Gadsden gym in Greensboro last Tuesday night and left with a 62-38 win over host Crossroad Charter Academy School in the state Class 2-A Region 1 final.

The local Scorpion team put up a battle but had trouble matching the visiting Lions’ bunch that went ten deep during the night.

That allowed Impact to continuously keep a full-court pressure game going, making it difficult for Crossroad to maintain any kind of scoring flow.

But the Lions were just a little much for Crossroad Charter to handle. They led by three after the first quarter, 12 by the half, and 20 going into the fourth period.

The win put Impact in the Florida Class 2-A Final Four in Lakeland this week. The loss ended a very successful Crossroad season at 21-7.

Coach AnDonte Gennie had only one senior on this team, though. The Scorpions figure to be a serious area factor next year in boys’ basketball.