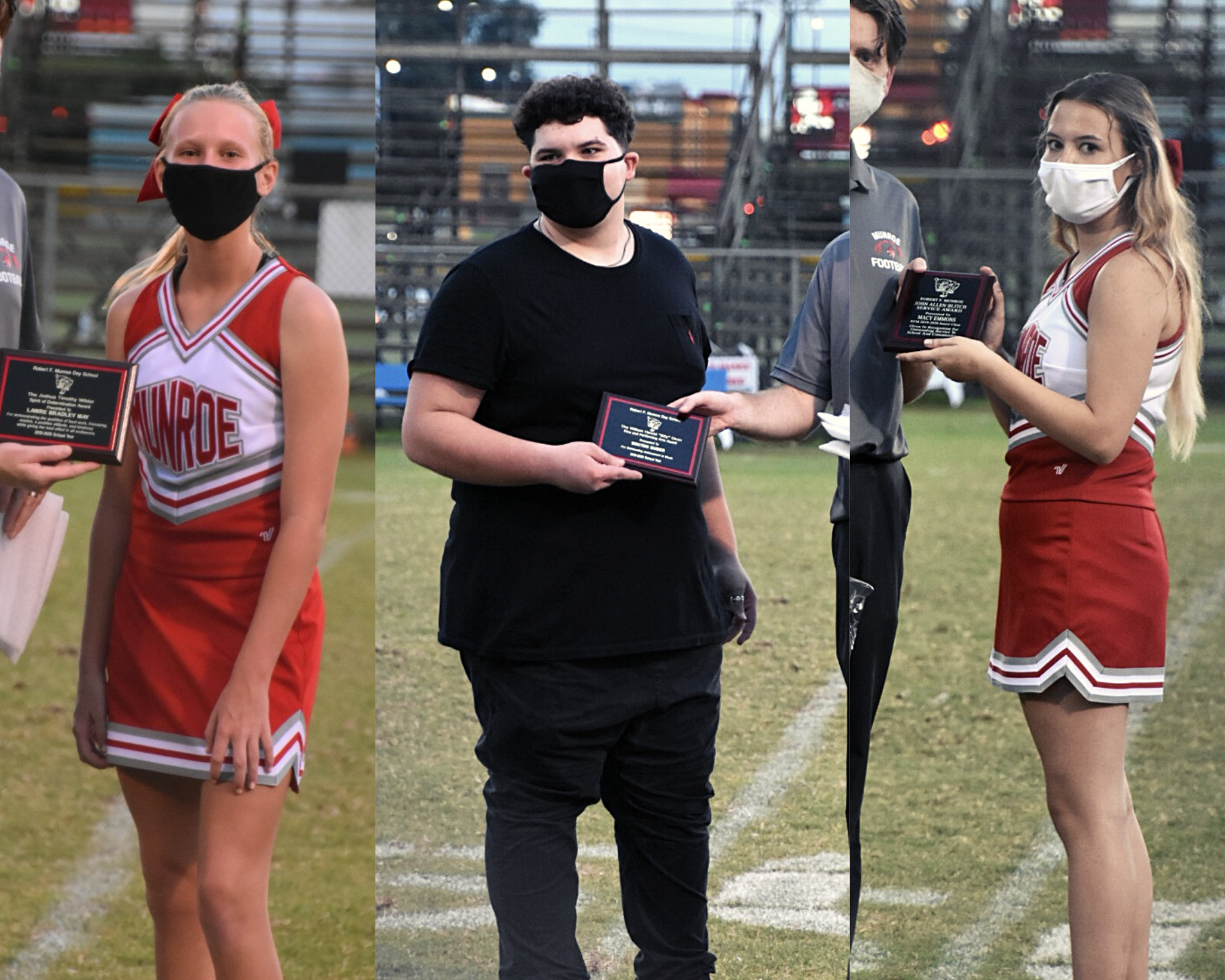 During halftime during the Munroe Bobcats on Friday, September 25, Head of School Adam Gaffey stepped onto the field to announce the winners of three prestigious school awards that are granted annually to students.

These awards would have typically been granted to students at the end of the school year, but due to disruptions from COVID-19, the school was unable to celebrate their accomplished students at a formal end-of-year ceremony.

Instead, Robert F. Munroe staff chose to recognize their outstanding award-winners publically during the at-home game at Corry Field on September 25.

The first award to be announced that evening was the William Harold “Billy” Dean Fine & Performing Arts Award. The award is named after country singer and songwriter, Bill Dean, who is a top Billboard placing singer as well as a former graduate from Robert F. Munroe.

The 2019-2020 recipient of the award is Winton Suber, who was granted the award for his outstanding achievement in music.

The second award was the Joshua Timothy Wilder Spirit of Determination Award. This award was also named in honor of a former Robert F. Munroe student and athlete, who was well-known in the school for his spirit, drive and determination.

Wilder passed away in 2013, and the award serves as a way to keep his memory alive while also recognizing other Robert F. Munroe students who display similar heartfelt endeavors.

The 2019-2020 award recipient was Lawre Bradley May, who was granted the award for her hard work ethic, determination, resolve, positive attitude, friendship and kindness to those around her.

The third and final award was the John Allen Blitch Service Award, which is granted to recognize a student who has demonstrated above-and-beyond dedication to bettering their peers, school and community.

The 2019-2020 award was granted to Macy Emmons, a high school junior, for her outstanding demonstrations of service to her school and community while also inspiring her fellow students to unselfishly serve and aid others.

All three awards were presented by Adam Gaffey, Head of School at Robert F. Munroe.